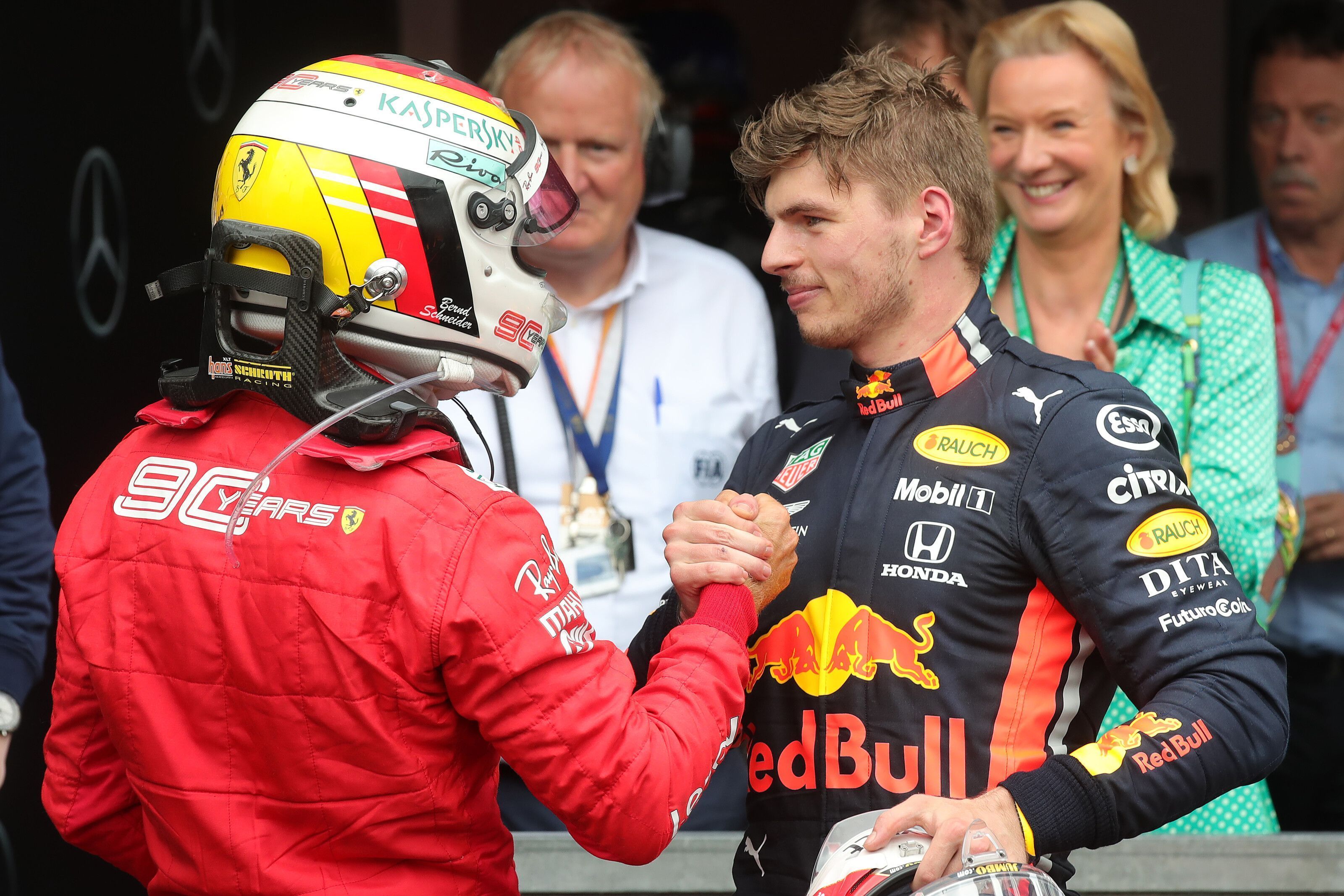 Max Verstappen and Sebastian Vettel are of the view that Mercedes remains as the team to beat even though they didn’t score as much in F1 German GP.

It didn’t work out well for Mercedes in F1 German GP at Hockenheim as they eventually crumbled under pressure of the conditions and small mistakes resulted in bigger damage. While Valtteri Bottas retired, Lewis Hamilton still managed to extend his lead by two points.

With the penalties to Alfa Romeo Racing drivers, it helped Hamilton to end up ninth, when Red Bull Racing’s Verstappen won the grand prix with Ferrari’s Vettel ending up second. Apart from Bottas, the Dutchman is closest to Hamilton with 63 points between them.

Vettel is further back with 84 points between him and the Mercedes driver. On paper and even on realistic terms, both are far off from Hamilton’s reach but when asked if races like Germany will help their cause, both reckoned otherwise.

Verstappen admitted that the gap is too big to catch and pass through. “They are so miles ahead in the championship,” he said. “63 for now is still quite a lot, isn’t it? It’s more than two victories, and they are still the dominant team.

“Germany was just very tricky out there and it’s easy to make a mistake, as you could see. It was not their day. We managed to do a good job but we still have to work very hard to close that gap and actually really fight for the victory every single race.

“So, still a lot of work to do. But of course when you can, it’s good to score more points than them.” At the same time, Vettel felt similar to Verstappen but he added that they can only work to improve themselves and keep pushing to put them under pressure.

“We still have a lot of races to go, a lot of things can happen but it’s not like we can expect them to score no points for the rest of the season so pretty much the opposite –  they will be up there,” said Vettel.

“We need to make sure we improve and give them a much harder time and naturally if you put people under pressure then things start to move. So it’s up to both of us, I guess, or us as Ferrari and them as Red Bull.”

Sparking about the crazy grand prix in a long-time, both Verstappen and Vettel recalled the races they have been involved in the past. “It was a bit like Brazil 2016 was also quite crazy, all the time switching between extremes and intermediates,” said Verstappen.

“Of course we didn’t really get to try slicks, I think. Maybe some tried, I’m not sure but maybe not. “It’s maybe a little bit different to here but it’s definitely been one of the most challenging ones. At the same time, Vettel added: “I’ve had a lot of races crazy races.

“But it was certainly among the craziest for a while. Max mentioned 2016 in Brazil. Always when the weather is really funny and you have all sorts of conditions it’s very challenging. We had between three and five stops for everyone or some even more in Germany.

“Obviously I had a crazy race in 2012 in Brazil as well, Korea 2010 and then Malaysia 2009, where I had stopped a bit earlier than that, actually. I was out before, I spun out so it wasn’t that crazy. As I said, it’s mostly when the weather is up and down and you have to make those decisions.

“It’s very tough, you are on the fine edge but it’s also very exciting because you know you can make the difference very quickly. Sometimes you have laps and laps and laps and you’re fighting for half a second that you can make up and other times in these conditions you can gain or lose five seconds and five places.”