Home F1 Verstappen on top of a very close FP3 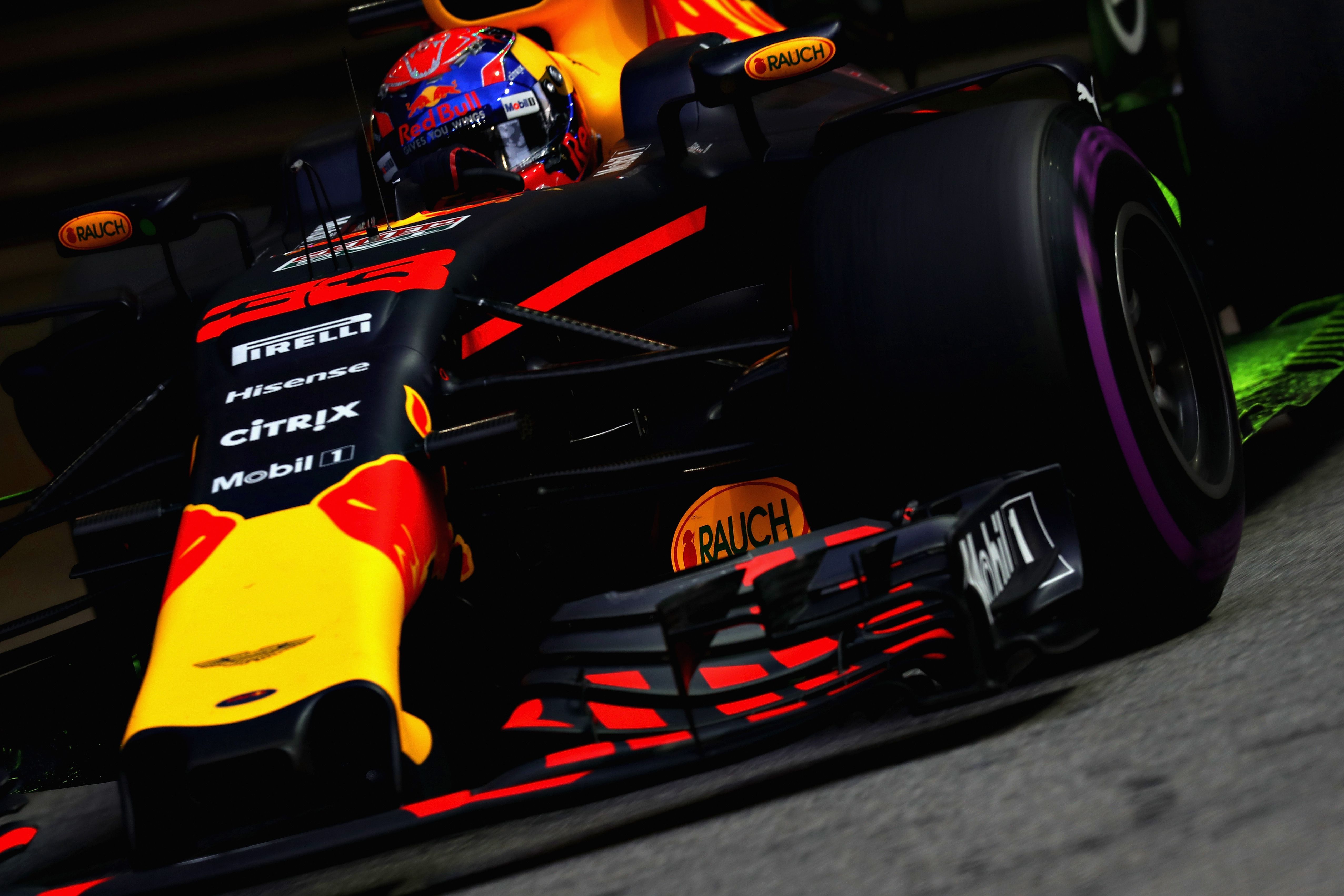 The Red Bulls started the session on top, with Verstappen almost 3 tenths ahead of Ricciardo. Vettel was almost 1 second off their times on P3, while Bottas was P4. Räikkönen and Hamilton were P9 and P10.

The session was red flagged after Ericsson lost the rear of his Sauber and crashed against the barriers. After the restart, Vettel set the fastest time, while Alonso climbed up to P4 ahead of Bottas and Räikkönen. The track kept improving as the night fell over the circuit and Alonso was P3 with 4 minutes to go, while Verstappen took back the lead of the session by less than a tenth. However, Red Bull hit trouble with both cars. Ricciardo clipped the barriers and Verstappen complained about gearbox problems, although they both went back on track.

Finally, Verstappen stayed on P1 ahead of Vettel and Hamilton, giving us hope for a good fight for pole position in a few hours. The McLarens surprisingly finished P4 and P5, with Alonso only 0.5s slower than the best time.