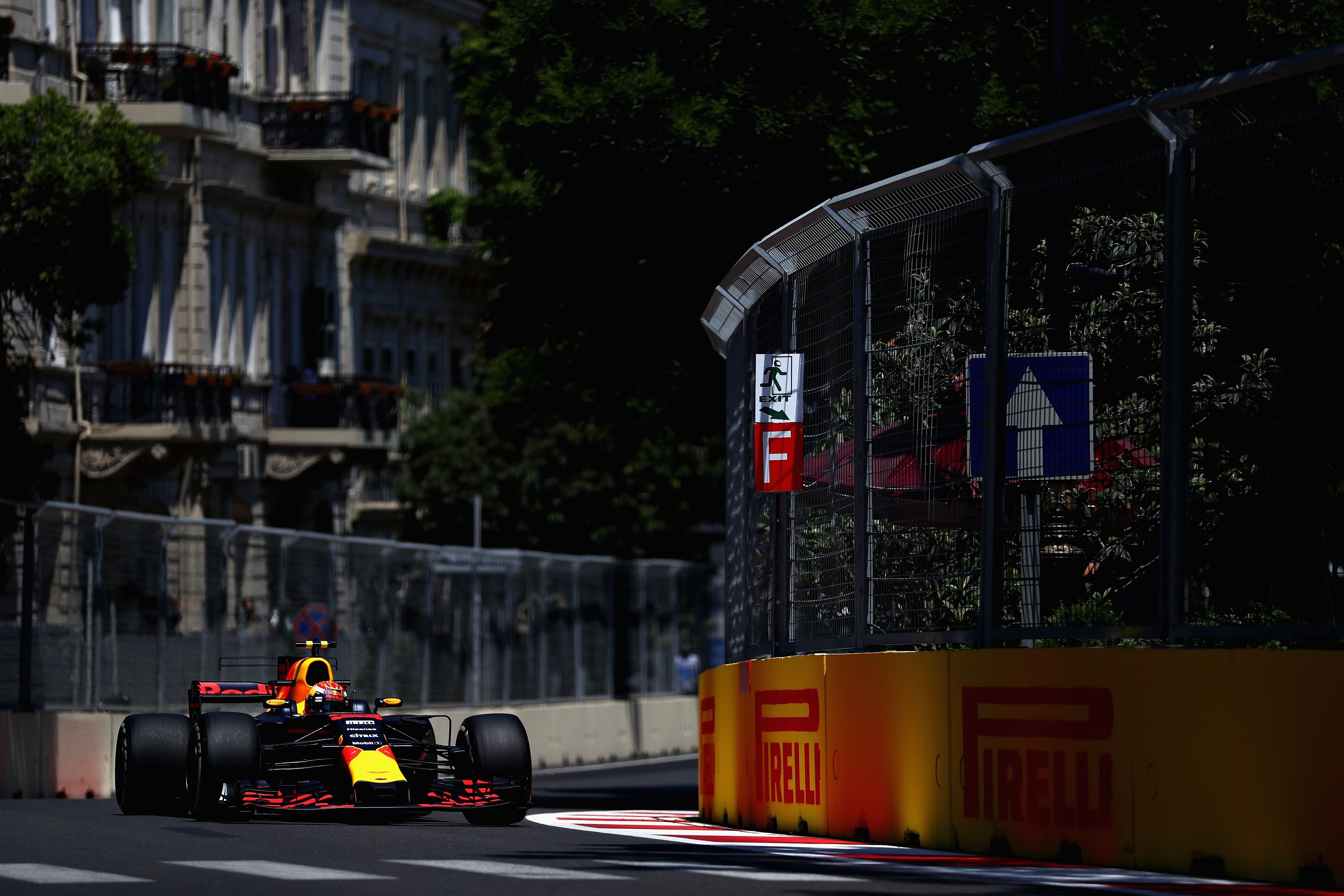 Max Verstappen was the fastest driver on track in the first free practice session at the Baku Street Circuit. Daniel Ricciardo was 2nd ahead of Sebastian Vettel.

Many drivers went off track during the first free practice session, with lots of mistakes by drivers such as Bottas, Vettel, Palmer or Grosjean. The Red Bulls went for an alternative strategy and started the session on the medium compound and then switched to the supersoft, while most of the other drivers tested the soft tyres. Meanwhile, the Toro Rosso drivers spent most of the first part of the session in the box.

With 20 minutes to go, Pérez hit the wall at turn 8 and caused a red flag. This only left 6 minutes until the end of the session. Verstappen kept the fastest time ahead of his teammate Ricciardo. Vettel, Pérez, Hamilton, Bottas, Ocon, Massa, Räikkönen and Kvyat completed the top 10.