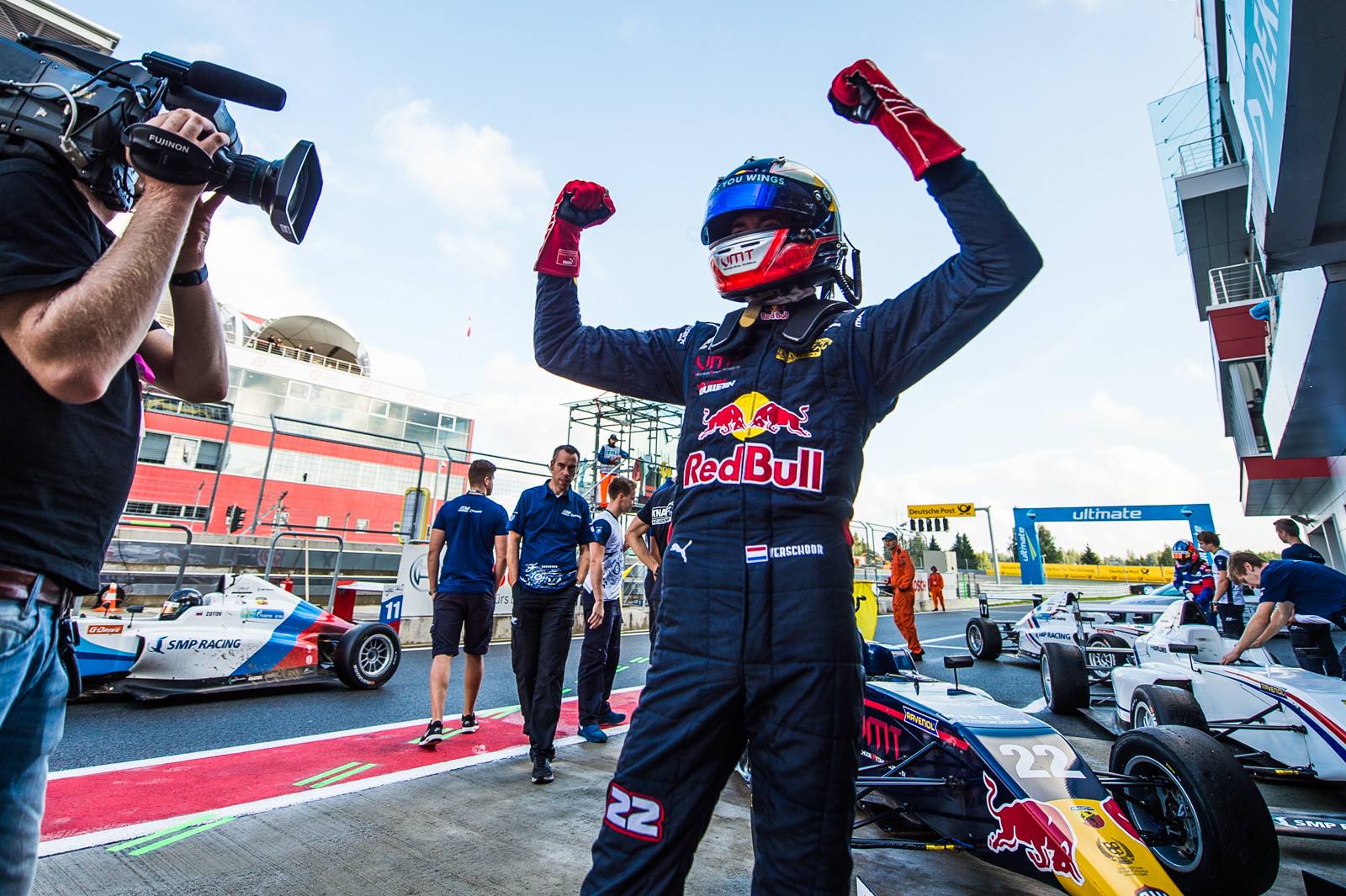 Saturday got a wet start as rain poured down before the first qualifying, which would determine the order on the grid for Race 1 to be held on the same afternoon. Wet tyres were the obvious choice for all the drivers even though the rain paused before Q1.

Q1 started with lots of action as many of the drivers spun or had spectacular slides on corner’s exits. Nikita Volegov spun out at the fifth minute in T5 and drifted all the way to the gravel. Red flag was deployed and the drivers had to enter the pits while Volegov’s car was cleared from the gravel. The Red Bull junior driver Richard Verschoor who finished P2 in Practice 1 controlled the wet conditions in Q1 from start to finish. The Dutch didn’t have any problems to hold his fellow countryman Jarno Opmeer behind him. Verschoor finished with the time of 1.57.048 which is about 20 seconds slower than in the FP1 yesterday which was driven on dry track. Championship leader Opmeer trailed by 0.665 seconds. Tuomas Haapalainen who was driving only for the second time in wet conditions with the Formula 4 was brilliantly P3 with the time of 1.58.879. Spanish Xavier Lloveras was P4, first Russian driver Nerses Isaakyan P5 and the FP1 winner Aleksey Korneev P6.

Wet conditions continued as the second qualifying got underway. Fortunately, most of the rain showers stopped before Q2 so the track wasn’t as slippery as it could have been. Q2 determined the grid order for Race 3. The Dutch duo Verschoor and Opmeer were again the two fastest drivers just before Roope Markkanen. Verschoor did not dominate Q2 as much as in Q1, but still managed to pull of the fastest lap right at the end when the clock was already at zeros. The time of 1.56.954 tells that the track didn’t change much after Q1, and it was a clean session. Verschoor’s Q2 pole is his eight of the season out of nine performed.

The track was partially wet, but it didn’t affect the drivers choosing slick tyres for Race 1. Richard Verschoor who started in pole position held his ground quite easily at the start and all the action happened behind him. Jarno Opmeer from P2 did not have a great start and Tuomas Haapalainen got him in the first corner. After few laps the first dramatic moment of the race happened, as Aleksander Maslennikov spun out and was forced to retire. Then the big drama started when driver after driver got penalized with a drive through penalty for jump starts. First it was Xavier Lloveras, then Juho Valtanen, Nikita Sitnikov, Aleksey Korneev, Roope Markkanen and finally Opmeer who was battling for P2 with Haapalainen. Lloveras, Valtanen, Markkanen and Opmeer completed their penalties but Sitnikov and Korneev didn’t so they were black flagged from the race. Interestingly Korneev did not retire after the black flag but continued the battle with Nerses Isaakyan who came back to drive Formula 4 after 10 months of absence. When the last lap started Korneev made his move on the main straight and overtook Isaakyan but for nothing as Korneev naturally was later disqualified from the race. Verschoor got his fourth race win in Moscow this season and Haapalainen behind him got his first ever podium finish. Isaakyan excelled as he took P3 in his comeback race.