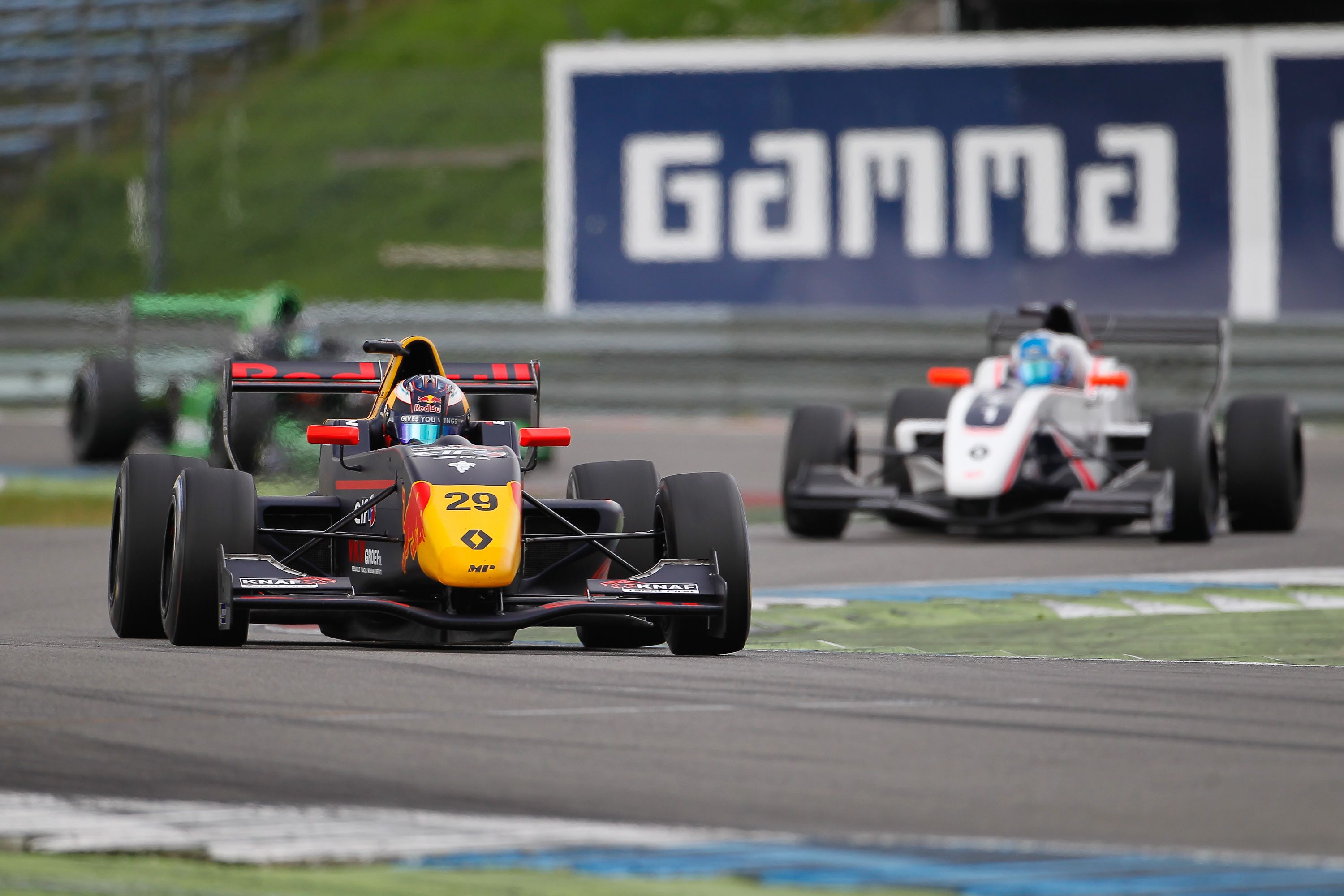 After a great battle between Magnus and Verschoor, it was the Dutch driver who took the victory in front of his fans in the second race of Formula Renault NEC. Magnus was second and takes the lead of the championship, while Opmeer completes the podium.

Like race 1, Gilles Magnus (R-ace GP) was starting from pole position but unlike yesterday, the Belgian didn’t start before the green lights.  The runner-up of French F4 kept the lead at the start, ahead of Richard Verschoor (MP Motorsport) and Charles Milesi (R-ace GP).

Yesterday race winner, Neil Verhagen (MP Motorsport) started from 5th and made a great move at the outside of turn 1 to overtake Jarno Opmeer (MP Motorsport).

All the positions were almost assured for every driver, but the retirement of Milesi on lap 3 transformed the race with the safety car appearance.

This was good for local heroes, Opmeer and Verschoor who overtook Verhagen and Magnus for 3rd and 1st, respectively.

The next round of Formula Renault NEC will be held in Nürburgring in 6 weeks.