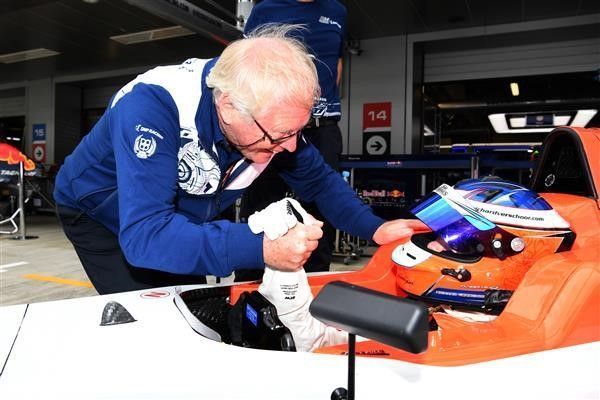 The first sessions of the season have been completed as the 2016 F4 NEZ Drivers finished the Free Practice and Qualifying. Only few drivers have been on Sochi Autodrom before including Alexander Maslennikov, Alexey Korneev and Nikita Sitnikov who are second year drivers.

The first practice of the season was topped by Dutch Jarno Opmeer in 2:11.225, followed by Finn Roope Markkanen and Dutch Richard Verschoor.

The qualifying session took place in the afternoon with the twenty drivers to fight for thirty minutes for two best laps which would decide of the classification of the Saturday’s and Sunday’s races.

And it was another Dutch, Richard Verschoor, who nailed the two first pole position of the season. The KNAF Talent First driver completed a perfect lap in 2:10.978, 3 tenths faster than Niko Kari last year in Sochi.

Russian drivers Nikita Sitnikov and Alex Korneev finished the quali P5 and P6 only few thousands ahead of Tuomas Tujula in P7.

Finnish driver Roope Markkanen was impressive on his first qualifying ever, securing a second row position on the Race 1 Grid tomorrow. The young Finn will start P3 on Sunday race, just in front of fellow countryman Juho Valtanen. Meanwhile his twin Rasmus, qualified P9 for Race 1 and P8 in Race 2, he will start right behind Russian Alex Vartanyan tomorrow.

“Quali was good, I tried to search for a good gap to have a clean lap and then I just tried to push as hard as I could and changed my driving style according to my engineer’s advices; it was the right move! I’m really happy to be the first pole-sitter of the season in the SMP F4 NEZ Championship certified by FIA. Now onto the race tomorrow!”, commented Richard Verschoor.

Jarno Opmeer who finished second commented: “Fantastic qualifying for me, I knew that I had the pace thanks to this morning result, but I have to admit that I’m happy to have done the same in qualifying. I was maybe a bit too careful at the beginning of the session, and when I started to have more confidence, my Hankook tires went off. I am happy as well for Richard Verschoor and Juho Valtanen. It will be a tough race”.

Juho Valtanen, who finished third commented: “First five laps were not as I expected because a car was in front of me and I did some mistakes, it took me time to leave a gap to have a clear lap. Then I continuously improved during the last three laps, which led me to end the session P3. Very good job from Verschoor and Opmeer”.