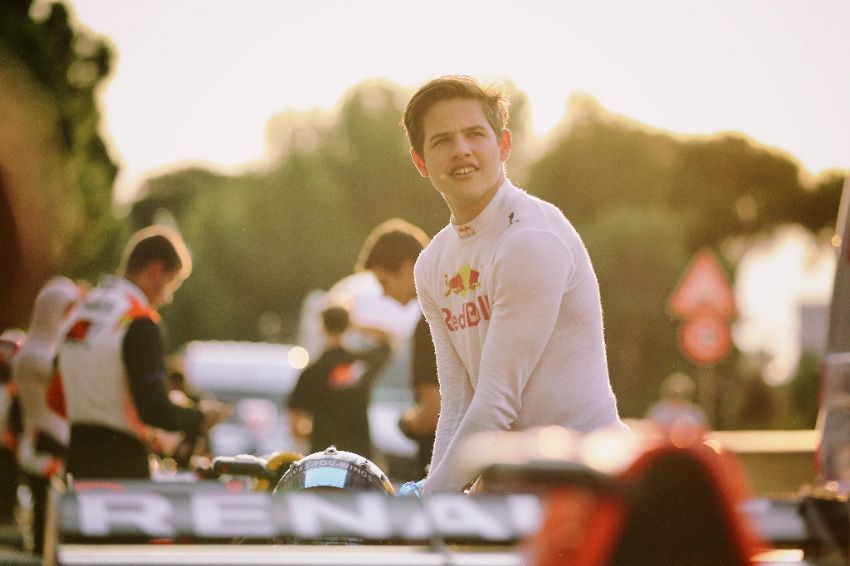 In 2018, Tech 1 Racing will run Neil Verhagen. He is the first Red Bull Junior Team driver to join Simon and Sarah Abadie’s outfit since Daniel Ricardo, Brendon Hartley and Jean-Éric Vergne in 2010. The American has set his sights on a single target in his second year in Formula Renault Eurocup – the title!

The 17-year-old Verhagen, the first American to drive for Tech 1 Racing, continues to make a big impact! After winning his first three races in single-seaters he confirmed his talent with second place in the Skip Barber Racing Series, which he followed up by clinching the title in the F 1600 Championship Series.

Taken on by Helmut Marko and Red Bull he made his debut on the European scene this year in Formula Renault. He overcame the challenges that awaited him in an extremely competitive environment and scored a victory in the rookie category in only his second race in the championship.

After racking up a podium, eight points-scoring finishes, two victories in the rookies’ category and a win in the NEC, Verhagen opted for Tech 1 Racing in the winter test sessions. He immediately caused a sensation by setting the fastest time on each of the three days’ official testing.

“I’m thrilled to be with Tech 1 Racing,” says the young American. “I know they’ll provide me with the best environment to continue to improve my skills. I’m also very grateful to the Red Bull Junior Team. Without Dr. Marko and Red Bull’s support, I simply wouldn’t be able to race in Europe and chase my ultimate goal of Formula 1. I’d also like to thank my parents, my grandparents and everyone back in the US who supports me.

“Right from the first test with the team in Barcelona, I felt very comfortable with the team and the car. Everyone at Tech 1 Racing is so positive and passionate about what they do while still keeping things fun. The environment is very good and I really enjoy working with Arnaud my engineer, Simon, Sarah and everyone in the team. We definitely identified some things which I will be working on with them before the season starts, but overall the testing was all very positive. My first year of experience in Europe is going to be a tremendous help. There were quite a few things for me to get used to the first year which are now second nature and will help me to focus more closely on the areas which will get me the best performance.

“It’s going to be hard to wait all the way until March before I get into my race car again! I think that Tech 1 Racing is going to have a great line-up next year, and I very much look forward to my team mates and myself pushing each other hard to achieve great results for ourselves and the team. From seeing the driver line-ups with the other teams during winter testing, I have no doubt that next year is going to be an extremely competitive year again for Formula Renault Eurocup.

“My goal is to hear the United States of America anthem playing at as many races as possible and have a good run at the championship. In the longer term I’m hoping to break into Formula 1 like all the other members of the Red Bull Junior Team that have passed through the hands of Tech 1 Racing. I wouldn’t say it adds additional pressure, instead I see it more as an opportunity to learn from them. Brendon already gave me great advice last year and I’ve known Pierre Gasly from the Junior Team. I plan to reach out and hope they can give me some more guidance since a few years ago they were in exactly the same spot I am in now!”

“We’re delighted to welcome Neil and to work with the Red Bull Junior Team again,” adds Simon Abadie, the Tech 1 Racing team manager. “We spotted him and we very quickly started believing in him. Even if the results didn’t always follow this year he’s a very quick pleasant hard-working driver. His ability to unify people around him is a great added value that’s incorporated seamlessly into the team. Neil will be an excellent leader and I think he’s in a position to fight for the title.”