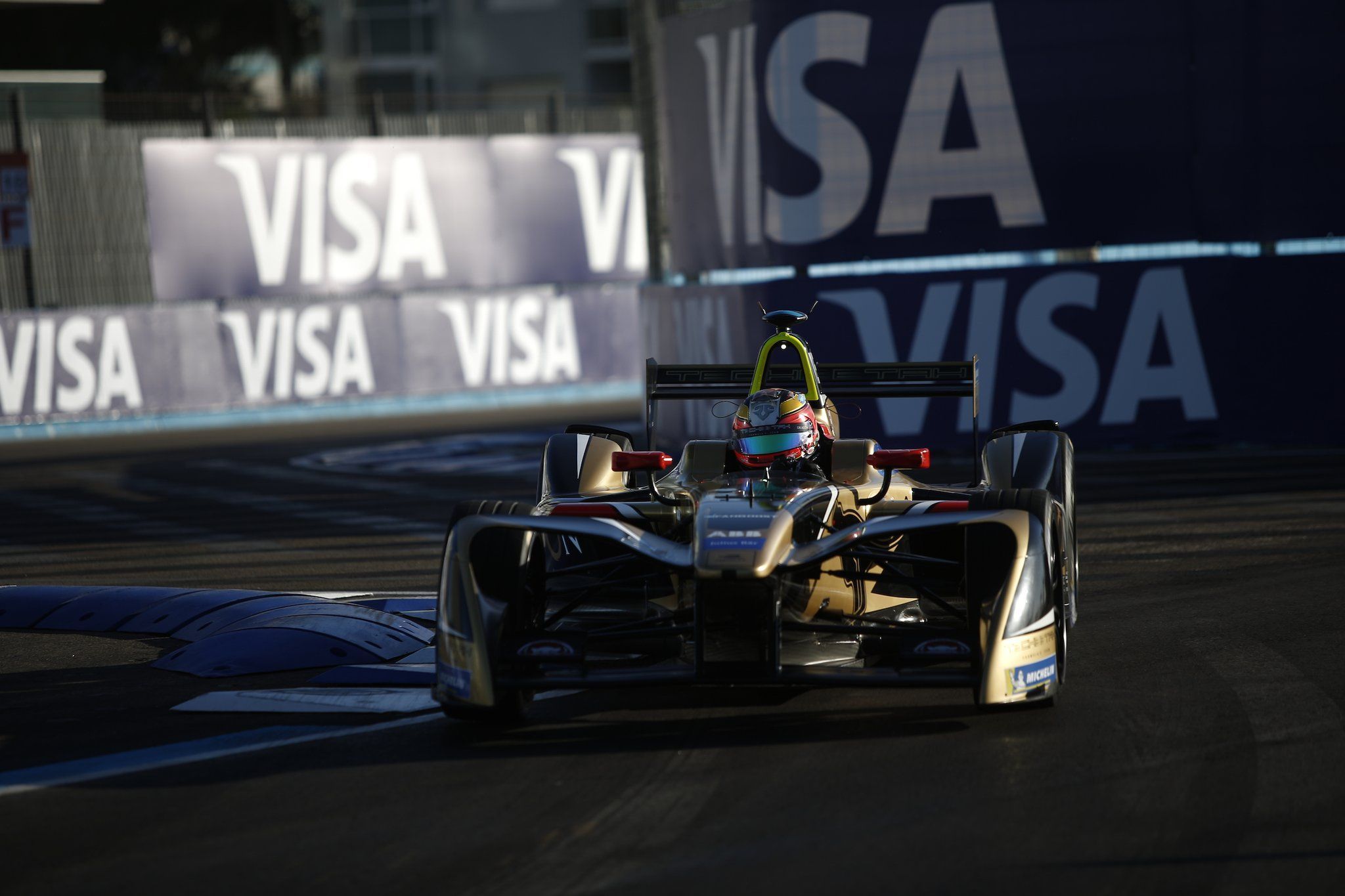 It was a long-race duel, that the 2017-18 Formula E season saw at its visit to Uruguay. The electric series left no one unmoved in what is already one of the classic events of the championship. Jean-Éric Vergne and Lucas di Grassi may have finished in the same places they started the race from, but their fight was far from a relaxed walk in the proverbial park.

The presence of the Safety Car at the start allowed all drivers to make the most out of the batteries during the initial fase of the race. At the end of this first part of the event, Di Grassi got close to Vergne but the Audi driver chose not to take risks and waited for the pit stops.

During the changing car sequence, Di Grassi gained some time but Vergne was able to come out on top by the smallest of margins. The Brazilian gave it his all, the extra laps caused by the Safety Car allowing him to push harder due to the extra battery life for the laps remaining.

The defending champion’s pace was higher than Vergne’s but the latter used all his experience to close every single door. The tensest moment was the first of multiple attacks Di Grassi launched on his rival, trying to go round the outside. This made him go a bit wide, giving Vergne some breathing space.

A few laps later, Di Grassi was again all over Vergne and the Frenchman had to make his car as wide as possible. Not even a last-minute attack from outside to the inside on the last corner for Di Grassi would work. After some hitting each other and pushing each other, always without going too far, the race was over with much excitement.

Vergne, after what would be a last few tense laps, took the win and that helps him get ahead in the standings as far as 30 points away from Felix Rosenqvist, his closest rival. The Swede did not have the best race, although he managed to save the day with a fifth place just behind Mitch Evans, on a remarkable comeback from the back of the grid.

The next Formula E race will take place in Rome. The Italian capital will host its first race of the electric series in what will be the start of the European season before the grand finale in New York, in July.