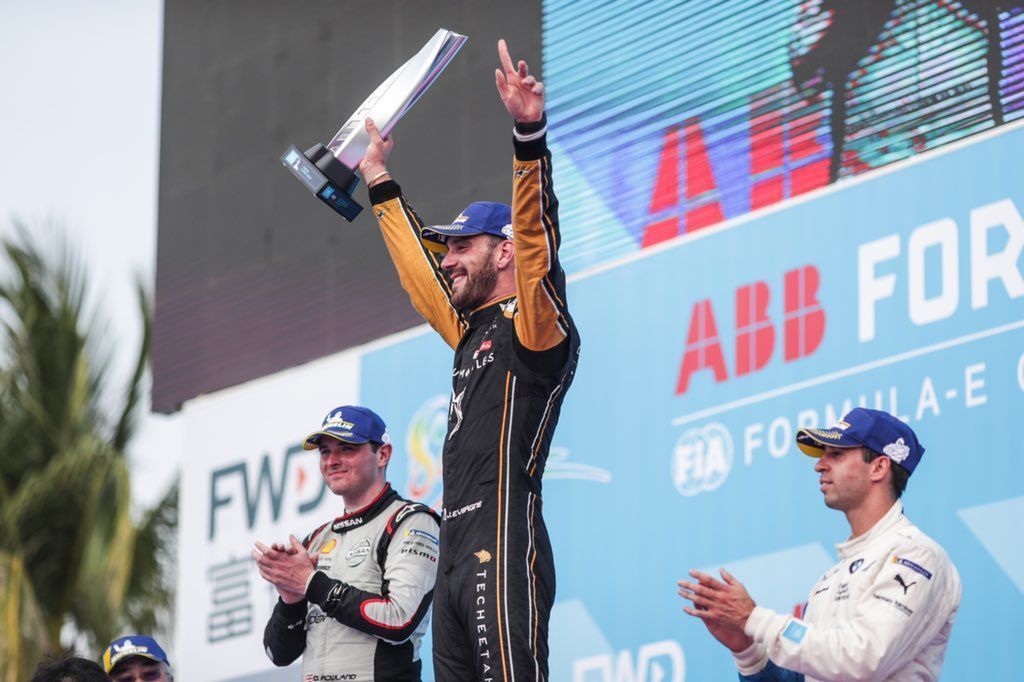 The reigning Formula E has had a tough run in the 2018/19 season where the Frenchman only got his first win in the sixth race as he sits third in the drivers’ standing with 54 points, which is same as fourth placed Venturi’s Edoardo Mortara.

He is only eight away from the leader BMW Andretti’s Antonio Felix da Costa with seven races remaining, enough to still take defend his title. Meanwhile, the win in Sanya ePrix did not come easy despite starting from the front row.

Pole-sitter Nissan e.Dams’ Oliver Rowland got away nicely at the start and led mid-way in the race until he was passed by Vergne in a surprising move to take the lead, just as the race was red flagged to recover the stricken BMW Andretti of Alexander Sims.

The Frenchman had a good re-start and saw through to score the win but it didn’t end there as he was put under investigation for his slow re-start procedure. Fortunately for him, it was only a reprimand which helped him keep the victory.

Post-race, he immediately dedicated the win to F1 race director and safety delegate Whiting, who sadly passed away just at the stroke of the Australian GP last week. Following his brief message to Nicki Shields, he delivered a bigger one in the press conference.

“I got to know [Whiting] when I arrived in F1,” he said. “Being part of the GPDA, I had many discussions with him and I got to learn a lot from him. He was a brilliant man and more than just a race director and his loss was huge to the world of motorsport in general.

“He was not only working for F1, but all the race directors around the world were working with him, so losing him was not nice and dedicating my win to him is the minimum we can do as racing drivers, so it goes to him.”

Even Mercedes’ Valtteri Bottas dedicated his Australian GP victory to Whiting as a mark of respect, while the whole of FIA World Endurance Championship community as paid their homage to the man during the Sebring 1000 Miles weekend.

Meanwhile for Vergne, the Sanya victory came after hard work and lack of sleep as the Frenchman revealed. As mentioned before, he had some rough races in the lead up to the Chinese event and it being a home race for DS Techeetah, there was some pressure.

“I feel very proud and happy to be able to bring this win to DS,” he said. “It’s a new relationship, always difficult when you start, but after 20 races in a row in the points, the last three races not being able to score any points was extremely hard and tough on me.

“I did not sleep very well in between Hong Kong and here. But the fact that we were able to stick together as a team and keep working with the same wish of moving forward and doing the best job possible has paid off today.

“I can’t be any happier with the job we have done. It’s a big day for us. We are a Chinese team and winning here is absolutely amazing. Up until the podium when we had the Chinese anthem, all the fans were singing it, and it was actually quite emotional.”