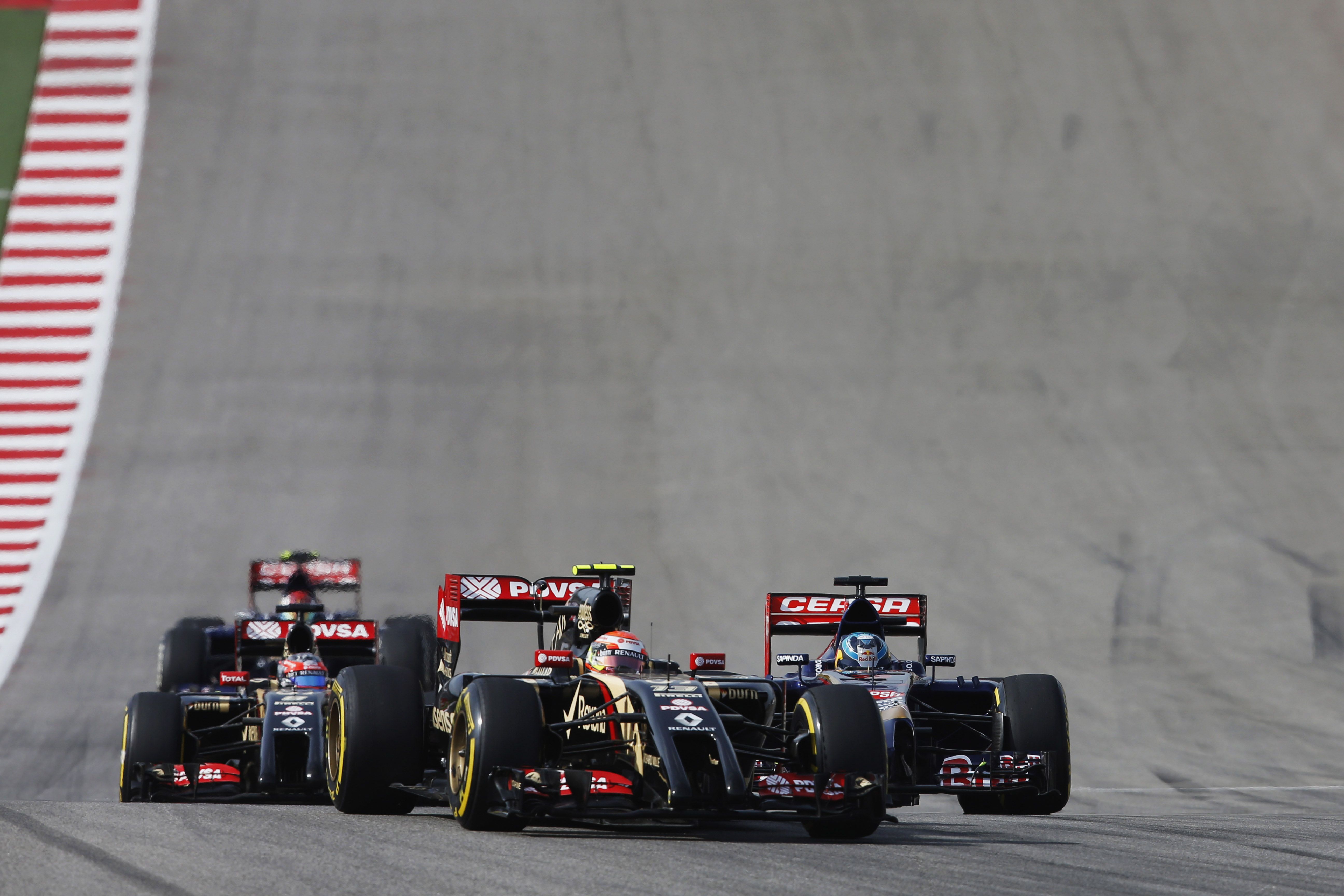 Some polemic movements in yesterday’s race in Circuit of the Americas. Intense battles during the race, specially on the final laps, made some drivers complain to officials and Vergne and Pérez suffered the consequences. Stewards announced yesterday night that Toro Rosso driver would lose his achieved ninth as five seconds were added to result as Pastor Maldonado rised one position.

It was the other Lotus, Romain Grosjean’s, the one that Vergne was penalised for taking off the track during final laps. French driver complained about Toro Rosso’s driver in first turn exit as some aerodyinamic part of his car ended broken so he was not able to maintain the pace. Grosjean ended the race behind Vergne and by losing the track line in several occasions.

Sergio Pérez, on his side, recieved a more contundent penalty. In first lap, trying to overtake Adrian Sutil, touched Räikkönen’s Ferrari by behind, lost control and crashed onto German’s Sauber, making him retire and Safety Car’s appearance. Mexican drove to box with broken suspension and parked his car to set the end to what to him was his home race.

Force India driver action was replied by announcing that he will be added seven places to next race’s grid and two points less to his FIA license.