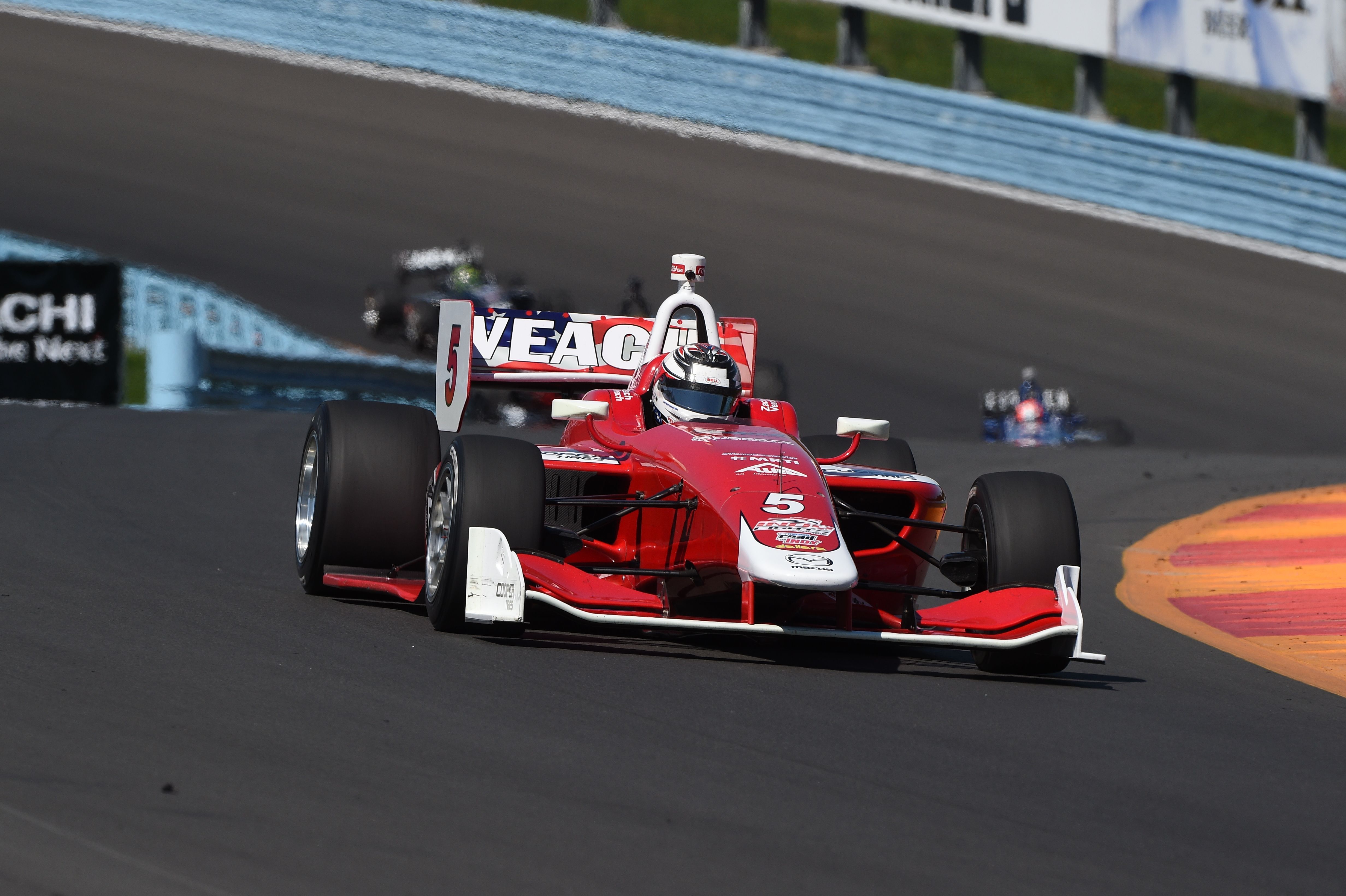 After a brilliant start, Zach Veach led all laps to win the Indy Lights presented by Cooper Tires race at Watkins Glen. The points leader Santiago Urrutia started the race on pole, however after suffering a flat tire he finished the race last in 12th place and barely retained the points lead.

Santiago Urrutia started the race on pole and led the field through the first corners. However, Zach Veach had a great start from the fifth place and he overtook Urrutia on the first lap for the lead.

The points leader Urrutia’s closest title rival Ed Jones overtook Andre Negrao on lap 2 for third place. While Veach was pulling away in the lead, Jones was closing the gap to Urrutia.

On lap 15 Jones overtook Urrutia for the second place. On the following lap Urrutia lost two more positions to Negrao and Kyle Kaiser.

Things got even worse for the points leader on lap 19. Urrutia suffered a flat tire at Turn 2 and went straight inside the Turn 3 apex, scraping the inside barrier and damaging the front wing. Following a pit stop after the incident, Urrutia continued the race at the back of the field in 12th place.

Meanwhile Zach Veach continued in the lead of the race. After leading all 25 laps of the race, the Belardi Auto Racing driver Veach took the chheckered flag 3.5 seconds ahead of Ed Jones. Andre Negrao finished in third place, just half a second behind Jones, and two seconds ahead of the fourth-placed Kyle Kaiser. Neil Alberico made the biggest progress in the race, finishing in fifth after having started in 12th place.

The points leader Santiago Urrutia finished in 12th place. With the additional point for the pole position, he retained the points lead by one point to Ed Jones with the final two races at Laguna Seca remaining.

Full results of the Watkins Glen Indy Lights race can be found here.