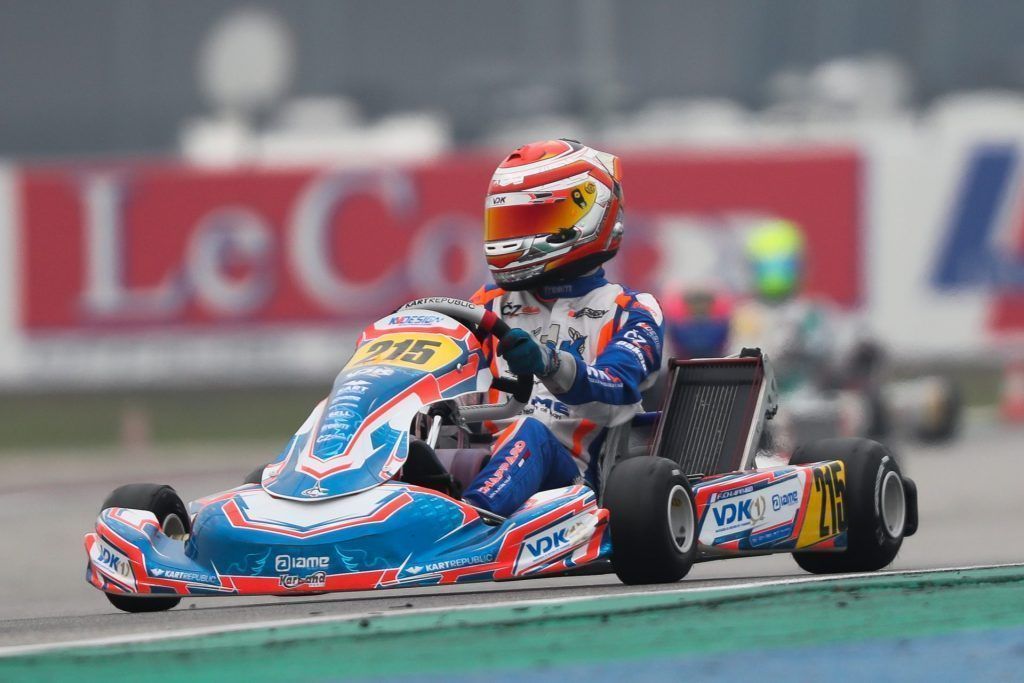 The VDK Racing Team entered last weekend its second international race of 2020 with the opener of the WSK Super Master Series, run on the Adria Karting Raceway. The seven drivers representing the Belgian team in OK and OK-Junior delivered positive performances while keeping strong progress in preparation for the season ahead.

VDK Racing could count on a line-up made of seven drivers for the First Round of the WSK Super Master Series, held in Adria from January 30th to February 2nd. The Frenchman Florian Rousseau-Ricci, in OK, and the Brazilian Antonio Leite, in OK-Junior, made their official 2020 debut with the team managed by Eric and Alain Verdaasdonk.

In OK, Franck Chappard got his weekend off to a fast start by taking the 11th qualifying lap out of 71 drivers, which put him on the grid’s third row for his heats. The French driver took a third place along with three results close to the Top-Five, followed by a sixth position in Prefinal that granted him a ticket amongst the 34 finalists. On the pace and incisive, he completed the Final in 12th position but was classified 16th due to a front fairing penalty.

For his second appearance in the OK category, Marcus Amand took the sixth time in his Qualifying series, the 17th-best overall. From the grid’s fourth row, the European Junior Champion twice reached fourth place in his heats. Despite a more complicated Prefinal forcing him to start the Final from the back, Amand climbed the field from 26th to 13th.

Like his teammate, Oliver Goethe delivered one of the strongest recoveries of the competition. Qualified at the end of the Prefinal’s field after complicated heats, the Monegasque regained no less than 12 positions, which gave him access to a Final concluded in 28th place. 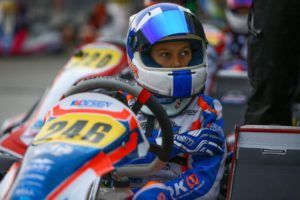 Marlon Hernandez went through an up-and-down second OK meeting in Adria. Following a qualifying performance below his expectations, he regained more than 15 positions during his heats. However, his progression was stopped in Prefinal despite another comeback, just like Florian Rousseau-Ricci, forced to retire before he was able to properly conclude his maiden race with the team.

The opener of the WSK Super Master Series was another chance for Maxens Verbrugge to keep learning. The young Frenchman sharpened his speed for his second appearance in OK-Junior. In Prefinal, he climbed seven positions but was not able to qualify for the last race. He nevertheless took a solid eighth place in Final B.

“After our first two race weekends, the feeling is globally positive,” says Eric Verdaasdonk, Team Manager of VDK Racing. “Given that we renewed our line-up in both categories, some drivers made their debut in OK, others did their first race with us, sometimes without lapping a meter in winter testing like Marlon Hernandez. It was a big challenge, a bit like leaving childhood to become more adult, but everyone took it up greatly!”

“Franck Chappard did a very good job, driving at maybe one of his best levels for a while,” he continues. “Good surprises also from OK-Junior like Ariel Elkin who impressed us at the Champions Cup. Without his broken chain, a podium was up for the taking! Maxens Verbruggge, who is the youngest of the category at just 11, also made lots of progress in his two races, even if he still has to get physically stronger. In general, there are a lot of positives as well as some negatives which we will be working on. We know where we are going with each driver but given what they have all shown these last two weekends, we can only see the future with optimism!”

Next stop on track for the VDK Racing Team: the Second Round of the WSK Super Master Series at South Garda Karting, Lonato, from February 20th to 23rd.