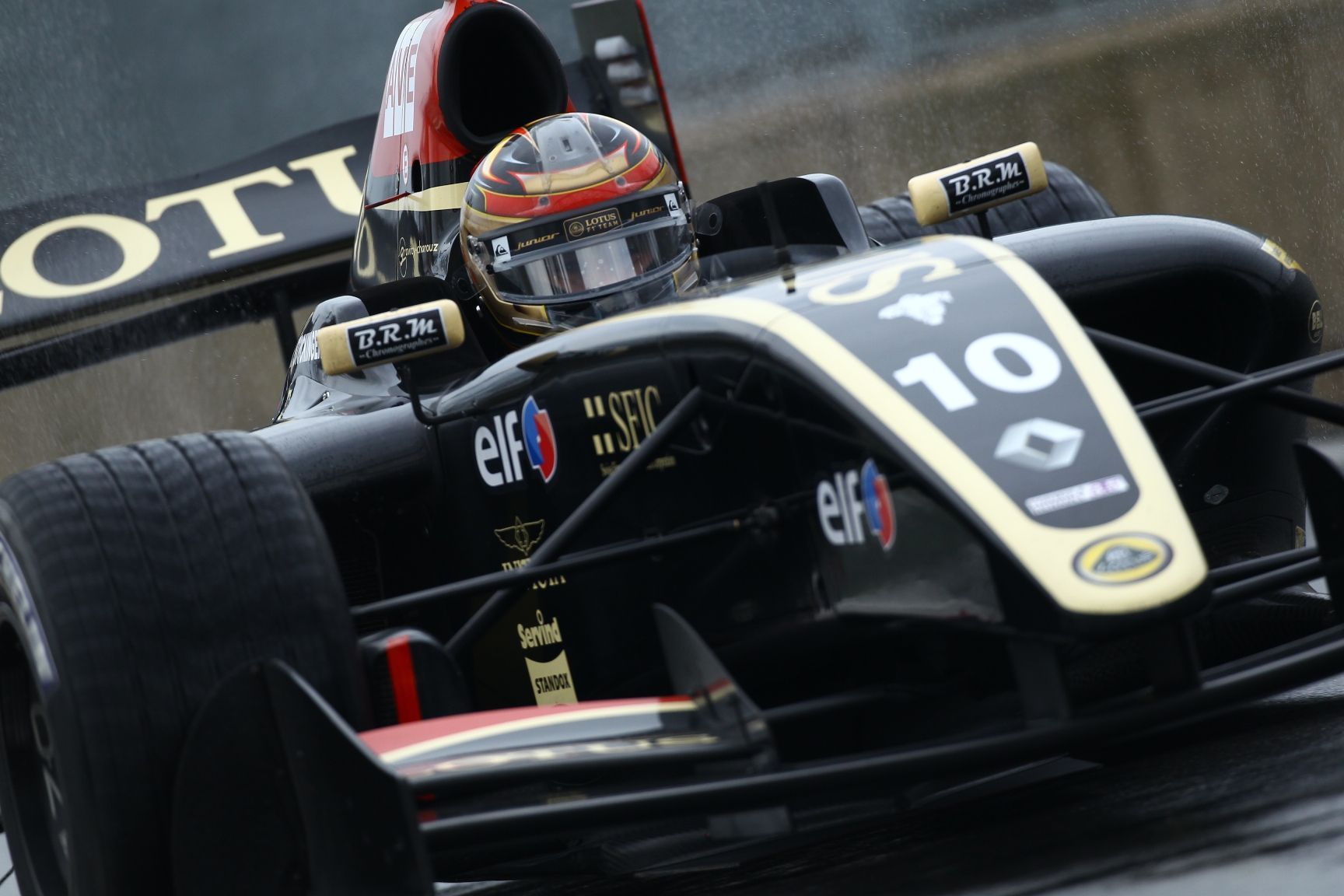 Lotus – WSR 3.5 Team is entering their fifth season in World Series by Renault as one of the stalwarts of the Formula Renault 3.5 Series. In 2015 the Czech team will fight for more wins and podium finishes with revised driver line-up, that represents great combination of youth, talent but also enough experience.

Lotus – WSR 3.5 Team is delighted to announce the signing of Dutchman Meindert van Buuren to their team, who will be the new teammate of Matthieu Vaxivière from France.

Matthieu Vaxivière (born on December 3, 1994 in Limoges, France) joined the team before the 2014 season, which was his first year in Formula Renault 3.5. Although he had to skip two events because of back injury, he finished eighth in Drivers Championship Standings and fourth in unofficial ranking of the rookies. He scored two podium finishes (2nd place at Nürburgring and 3rd place at Paul Ricard) and another two Top 5 finishes. Young Frenchman also took part in 2014 FIA World Endurance Championship, scoring third place in LMGTE Am class at Fuji International Speedway and another two Top 5 finishes. He will be  a  member of Lotus F1 Team Junior in 2015.

Meindert van Buuren (born on January 5, 1995 in Rockanje, The Netherlands) made his Formula Renault 3.5 debut in 2014. He drove for Pons Racing and scored 21 points. Meindert’s best race of the season was the second race at Hungaroring, where he finished fifth overall.

Matthieu Vaxivière, racing driver of Lotus – WSR 3.5 Team, member of Lotus F1 Team Junior : “I am excited to enter another season as official member of Lotus F1 Team Junior . After a promising 2014 season I am ready for a new challenge, because I want to try and fight for more podium finishes and for my first victory in Formula Renault 3.5. I believe that I am more than ready for this mission as well as my team. I will do everything I can to make sure we get a good result in the championship.”

Meindert van Buuren, racing driver of Lotus – WSR 3.5 Team, Lotus Formula Renault 3.5 junior: “I’m really happy to have reached this agreement. At the test at Barcelona I immediately noticed how focused the team operates, working very methodically on providing a driver with a winning machine. The team will be a new experience for me, but not entirely new, since my engineer will be a fellow Dutchman with whom I have worked before. If the performance is there, the connections with the Lotus F1 team will be very short.”

Bob Vav?ík, Lotus WSR 3.5 – Charouz Team Manager: “In 2014 Matthieu had shown his great abilities and scored some good results for the team. We are convinced that more great results are to come. Last season, I couldn’t help notice Meindert’s quick progression. In his debut season, it didn’t take long for his race lap times to challenge the leaders. We are convinced that we will be to further nourish the talent of both drivers and turn both into a consistent front-runners.”

2015 Formula Renault 3.5 season starts on the 25th and 26th April at Motorland Aragón in Spain.