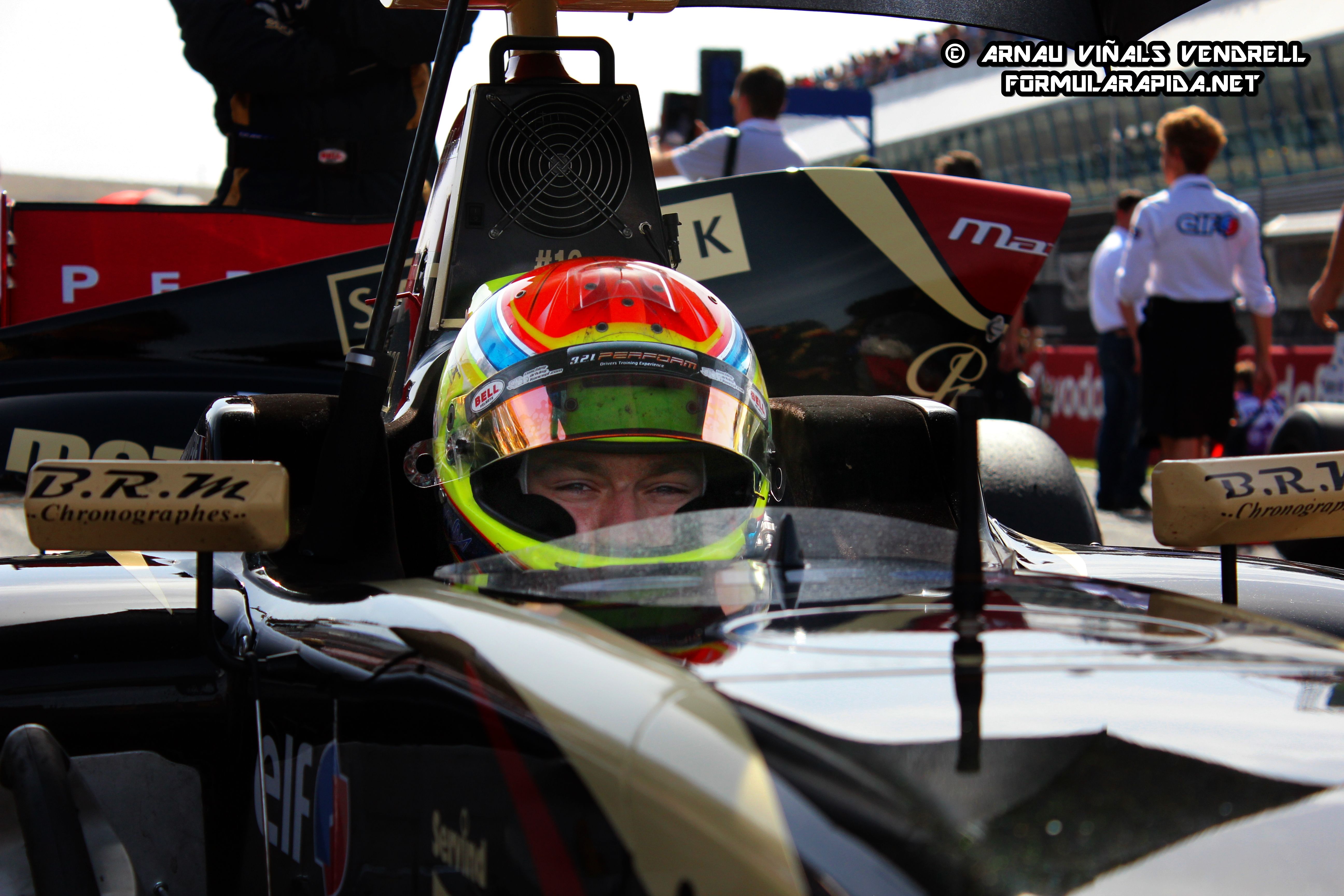 At Circuito de Jerez, the Lotus duo of Matthieu Vaxiviere and Nicholas Latifi were the quickest in the Formula Renault 3.5 Series. On Tuesday, the French driver dominated the two collective test sessions ahead of his Canadian team mate and Pietro Fantin (International Draco Racing). The 2014 Eurocup Formula Renault 2.0 champion, Nyck de Vries (DAMS) is already up to speed as he integrated the top five in the morning.

New drivers put in their second day of testing. After a year with ISR, Jazeman Jaafar drove the Fortec Motorsports car of Egor Orudzhev. The Russian driver stepped out of his car to drive with Arden Motorsport, who Dean Stoneman left for Pons Racing. After posting best time in the Formula Renault 2.0 test on Monday, Jake Hughes arrived at Strakka Racing, replacing Nicholas Latifi who switched to Lotus.

After Pietro Fantin re-took the top sport, the Frenchman posted the best time of the session in 1:27.074 ahead of Nicholas Latifi as well as Pietro Fantin, Jazeman Jaafar and Nyck de Vries.

Between the long stints and pit stop and launch simulations, the teams focused on different programmes in the final session. Back on the track, Nyck de Vries and Egor Orudzhev battled for best time before Richard Gonda (Tech 1 Racing) took command.

Just prior to the final hour, Dean Stoneman went quickest. Following an interruption caused by the stop of Nicholas Latifi, Matthieu Vaxiviere moved to the sharp end of the order. The Frenchman improved his best lap several times to stay on top through the end of the session ahead of Oscar Tunjo (Pons Racing), Egor Orudzhev, Dean Stoneman and Gustav Malja (ISR).

Matthieu Vaxiviere: “This morning, I was blocked on my best lap in the Curva Sito Pons. Had it not happened it would have been possible to pass under the 1:28’ barrier. The important thing is that we did a good job with the new set-ups. The package looks promising, but now I must wait to see what the future holds!”

Egor Orudzhev: These first two days in the Formula Renault 3.5 Series have gone well, especially in the afternoon. The balance between the cars of the two teams was very different and I still need to get used to the car, gain confidence with it and go faster and faster. The speed in the fast corners is impressive. I don’t think I have yet to get everything I can out of the new tyres; it’s an area in which I need to work on!”

Andrea Pizzitola: There’s a lot of positive points to remember from these two days. Yesterday, the team and I got to know each other better and I am very pleased with how it all went. Even though I drove for two days in the Formula Renault 3.5 Series last year, it was necessary to retake the measure of the car that has an enormous aerodynamic grip level. You often think you’re on the limit, but then you realize later that you are still far from it!”