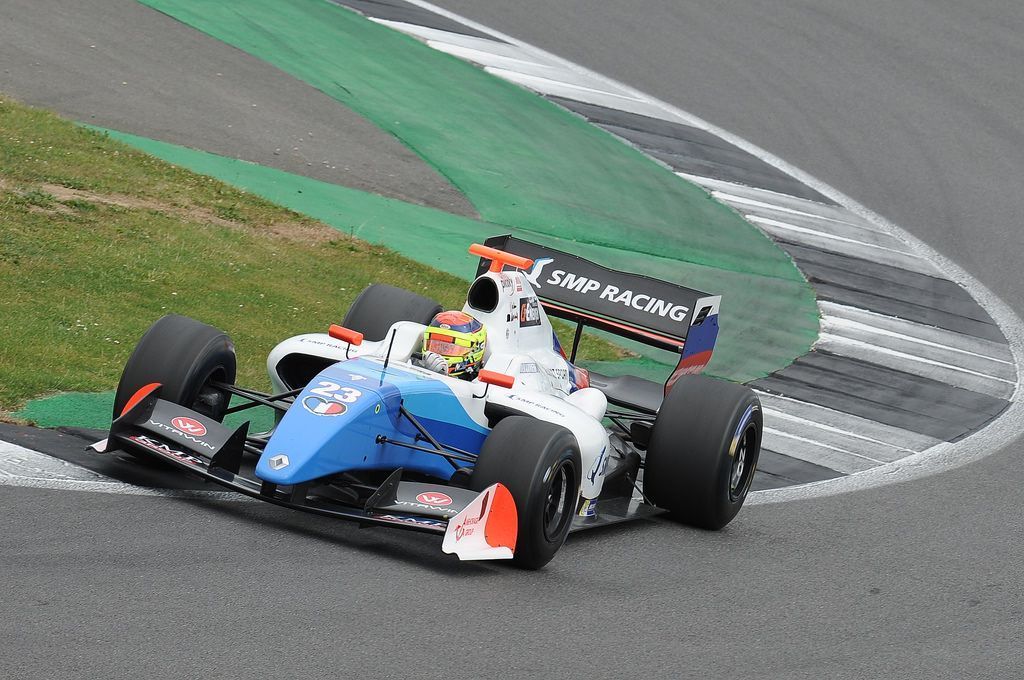 Matthieu Vaxiviere (SMP Racing) has secured his second win in the Formula V8 3.5 at the Red Bull Ring. After the success on wet in Spa-Francorchamps, Vaxiviere has dominated on dry in Austria leading since the very first corner. Louis Delétraz (Fortec Motorsports), the best rookie, and Tom Dillmann (AVF) joined him in the podium.

Vaxiviere has the best start: he surprises Delétraz passing him from the inside and taking the lead at the first turn. Also Egor Orudzhev (Arden Motorsport) passes the Swiss at turn 2 getting in P2. Afterwards Dillmann tries to enter the fight for the podium but Delétraz blocks his attacks.

In the third lap Delétraz regains his pace and challenges Orudzhev: the two drivers collide at turn 3. The Swiss has the upper hand after the braking while the Russian has to leave the virtual podium to Dillmann. During the 8th lap Orudzhev retires stopping at Arden Motorsport box and letting Alfonso Celis Jr (AVF), René Binder (Lotus) and Aurélien Panis (Arden) fighting for P4.

During the 23rd lap a clash between Celis and Binder out of turn 3 forces the local hero to park his car aside the main straight. The Race direction sends the safety car on track in order to neutralize the race and let the stewards take care of Lotus machine. After a restart at 26th lap, Vaxiviere manages his lead gaining also the fast lap. On the podium he lets behind Delétraz, who wins among the rookies, and Dillmann, still leader of the championship.

After the race, Force India development driver Alfonso Celis Jr (AVF) has been penalized by the stewards with a drop of two penalty positions for race 2 starting grid, due an incident with René Binder.

Matthieu Vaxiviere (SMP Racing)
“We have been able to solve some problems we had in the past with the car. I was happy about the car but we still have to work, since Louis could catch me at the beginning of the race, even if I was quicker. In the middle of the race I could manage my advantage, also playing with DRS. I’m really happy for me and for the team, as after Spa win under the rain, this is our victory on dry track”.

Louis Delétraz (Fortec Motorsports)
“I’m happy about today as we set the pole position, my first one in the series, setting also the record of the track. Even if we weren’t able to be the quickest in the race I’m pretty happy with our pace. The start was not really good, so I had to fight, I touched with Egor”.

Tom Dillmann (AVF)
“I had a really bad start, the anti-stall entered again, so I lost lots of positions. I gained on the back straight over Kanamaru and later on over Orudzhev. I had to struggle a bit after each stint, at the beginning of the race and during the safey-car restart, when I was quite slow, so the gap was too big. We are back on the podium after a long time, four races, but we need to be quicker to fight again for the victory”.

Amato Ferrari, SMP Racing Team Principal?
“I’m really happy for this success. We’ve worked very hard on this project since the beginning of the year. We showed a great performance in qualifying but we still had to improve on the race-pace, and finally we did it. We’ve been fast and consistent, I’m proud of my team who worked really hard for this. We have to investigate on our second car with Matevos Isaakyan to find the pace, as we want both of our cars in the front”.