Home More Series Formula V8 3.5 Vaxivière is the fastest one in between the fog 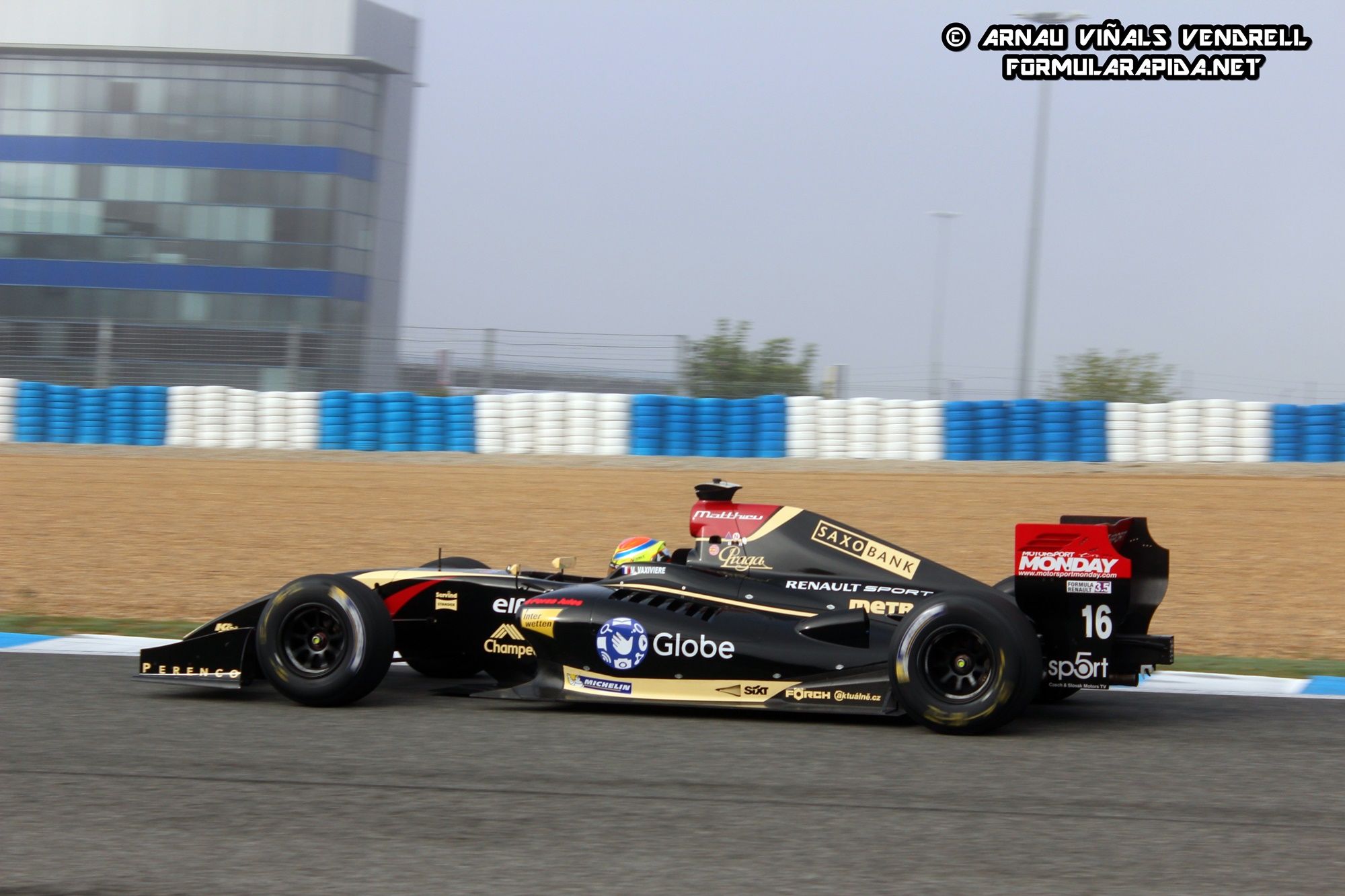 Matthieu Vaxivière was the fastest driver in first free practice session for last round this Formula Renault 3.5 2014 season. Lotus driver has been out lining in front of Buller and Laine without any traffic.

Session started a little bit late due to the fog that affected Jerez circuit this morning. Matthieu Vaxivière and Carlos Sainz started on top the session with a track that was improving in conditions as fog was vanishing.

Lotus, and specially Vaxivière, were leaders in one lap time, while Sainz and Roland fastest in terms of race rhythm.

On the other hand, Roberto Merhi was just able to test for a little. Driver from Castelló had his car touching to the ground, which made a loud noise. A bad start for the only driver capable to take championship leading to Carlos Sainz.