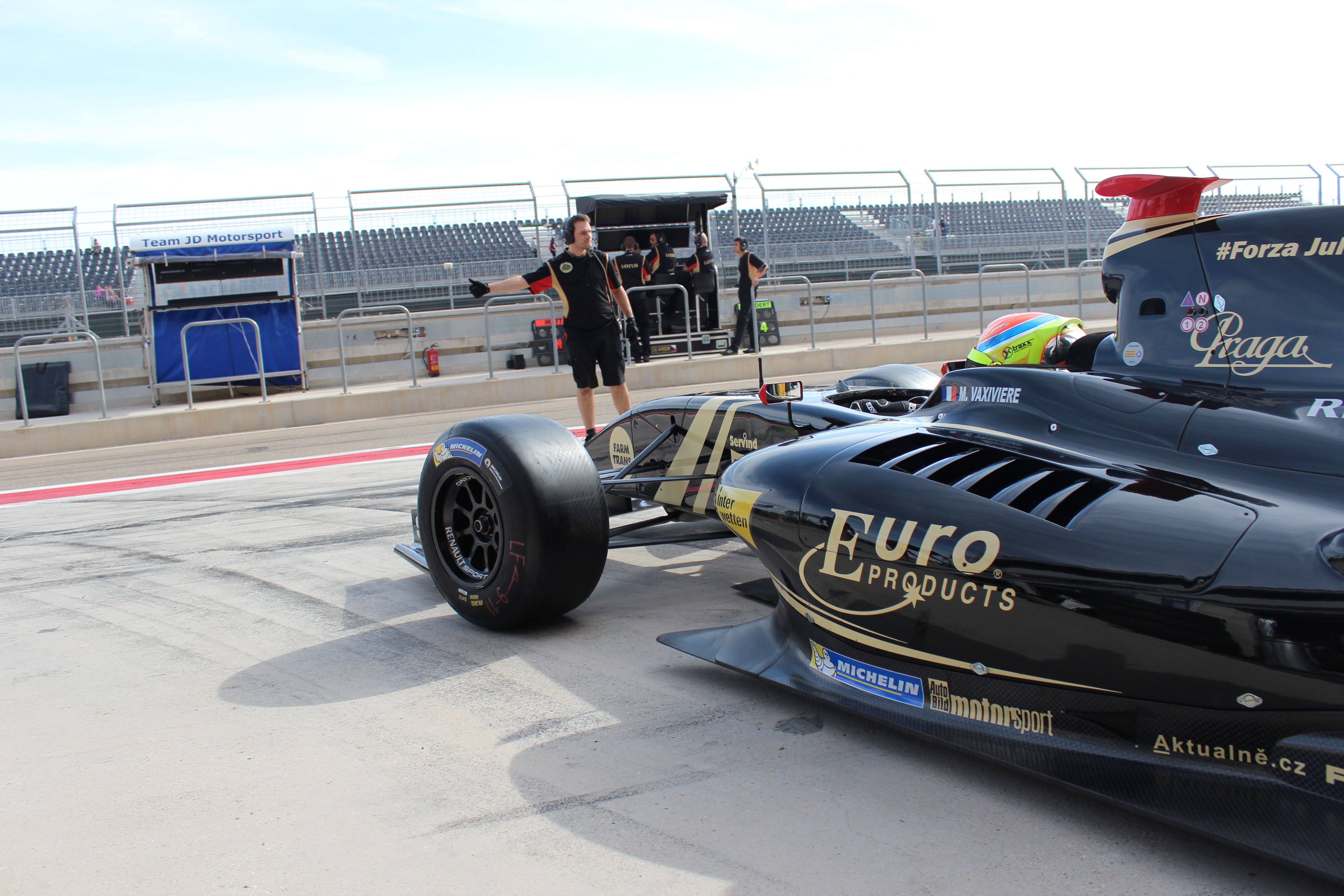 For the moment, Matthieu Vaxivière is the fastest man of the weekend in all sessions, including the first qualifying which he got the pole position only for 25 thousandths from Gustav Malja’s time.

It seems that Vaxivière (Lotus) this weekend is invincible and he is the favourite driver to win the race. He tops the first qualifying of the weekend in Motorland Aragón circuit in front of Gustav Malja (Strakka Racing) and Oliver Rowland (Fortec Motorsports).

“Vaxou” got the best time of the weekend, a 1:41.446, that it’s better than last year two qualifying sessions for more than 4 tenths. When the session has finished he said: There’s no better place to be than in first so it’s a great start to the year. It was a lot tighter than in free practice and things were a little tougher. I thrive on pressure, though, and I managed to come away with pole. I now have to kick on and try and win the race. That’s the objective, and with the low downforce, DRS will be marginal.”

Between 1st time and 13rd one there’s only 1 second. I looks like there’re a lot of equality in this first meeting of the season.

Roberto Merhi (Pons Racing) finished in 13rd position and the female driver Beitske Visser (AVF) finished in 12nd position, and they’ll have to go up in the race.