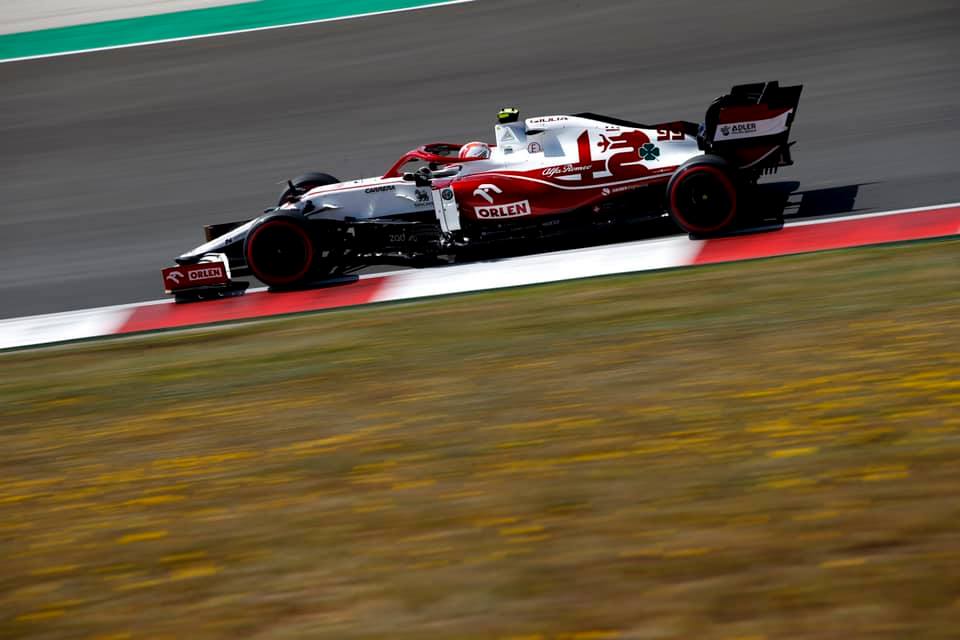 Antonio Giovinazzi has no new news to share as Frederic Vasseur speaks on the second Alfa Romeo F1 seat, while Mattia Binotto adds on.

With Kimi Raikkonen retiring and being replaced at Alfa Romeo by Valtteri Bottas, it also now looks like the time is up for Antonio Giovinazzi, who has spent three years with the Swiss F1 outfit.  In a way it is a pity, coming off the back of a very impressive qualifying at Zandvoort and continuing at Monza. It is not official yet that there will two new drivers there next year, but things looks like will got that way.

When asked to Giovinazzi, the Italian did not have much to say, apart from doing his stuff and trying to convince the F1 team to retain him. “Nothing yet – I have no news yet, I just knew that Valtteri will be in Alfa next year but from my side, no news yet,” he said. “There is no deadline, not really to be honest.

“Of course I want to know as soon as possible but it’s not my decision. I’ve said this many times already, I know there is a lot of rumours but it is not my decision. So my focus is more on my performance, to do my best result in the race, in the qualifying and everything and then see what will happen.

“For sure it’s always been the same September from my side over these last three years. There was always some rumours for the next year. For me, I don’t want to focus much on these because it’s just losing energy. I want to focus more on performance on myself and try to do my best. Like I say many times, it is not my decision and whatever happens will happen. My target is to be happy with myself and see what will happen,” summed up Giovinazzi.

Whatever is to happen, Giovianzzi can only concentrate on what he does best, if he has to put himself in the shop window for 2022. As he is reserve at Ferrari, Binotto is anxious and eager to have something sorted for his driver but as usual, it is never straightforward.

Binotto noted that it is not in his hands as it is mostly between Alfa Romeo and Sauber, and for Vasseur to handle, but should the outcome be not in favour of Giovinazzi, it is too early to think about what Ferrari can do with their driver for the future course.

“That’s something on which we are not starting discussing with him,” said Binotto. “A lot will depend on what he’s willing to do and what is Antonio’s interest for the future. But I think the first efforts should be to try to find a place and a seat in F1 for him and that’s where we are fully focused at the moment.”

On Alfa Romeo/Sauber side, sporting Director Vasseur has a different take and looks at the overall picture, not just Giovinazzi to a much greater extent, especially with the F2 grid having good talents around. “As soon as the decision will be made, we will let you all know,” he said. “We always said that we wanted to have a look also on the junior series.

“It means that they are doing two races in a row in Monza and Sochi and probably by the end of September, with my shareholders, that we will discuss the point. It’s not because you are talking to someone that he is on the list. I think that Franz Tost is also speaking with half of the grid because we are working in the same paddock, but it is not because you are speaking with something that you want to have the car in the car next year. You know that the list there probably five or six names on the list. Let’s see,” summed up Vasseur.

One such name doing rounds is Guanyu Zhou, who is doing very well in F2 and contracted to Alpine as test driver, he was also a member of the Ferrari academy for some years. He is battling for the title, involving Oscar Piastri and also Sauber junior Theo Pourchaire.

“Zhou is like the other front runners in F2,” said Vasseur. “He’s doing a good job in F2, he’s won a couple of races from the beginning of the season but as with the three other guys able to do pole position but you know that F2 this season is a bit different compared to the past because there are only four events so far but on difficult tracks because the first one was Bahrain, then they went to Monaco, Baku and the fourth one was Silverstone.

“I think Monza and Sochi are a bit more conventional and let’s have a look at the evolution of the young ones but then we will see what happens and we are there. Zhou is doing a good job in F2; for sure he’s on the list. It’s not only due to the fact that he’s Chinese, that he’s a front runner in F2. He’s won some races and I think every single team in F1 is looking at him.

“But now, as I said before, but we have the first four events went a bit different. Now they are coming back to more standard tracks and the young guys in F2 have more experience and then we will see in two or three events where we are what is the evolution of every single driver in F2,” summed up Vasseur.

Too many drivers and not enough drives has been the case in F1 for some time now. It’s a conundrum of sorts and somewhere along the way, a driver will be short changed. Mercedes Formula E driver Nyck de Vries’ name has been doing rounds too, but it seems that his opportunity is now fading bit by bit.

“For sure it’s not the most comfortable situation,” said Vasseur. “I think Nyck did a good job in the junior series, that he won the F2 with ART, he won the Formula E this season and he did a good job when he jumped into the car in F1 in Abu Dhabi last year, I think. I know him very well, because he drove for ART a couple of years in the past, but I think the situation with Mercedes, it’s not an easy one.”

As it stands, de Vries won’t be on the grid, where most of the F1 teams are sorted, even Williams too now. They signed Alexander Albon, partnering Nicholas Latifi. The Thai eventually pipping the Dutchman, where Mercedes were trying to push him in.

Albon was in discussions with Alfa Romeo too but Vasseuer didn’t wish to divulge much. “I think that this you have to ask to Alex more than myself but I have a couple of discussions with Alex, I’ve known him for a long time and I respect the choice of Alex, not an issue,” he said.

A lot more will happen over the next few weeks. That second Alfa Romeo drive now looks to be quite a catch. Having signed Bottas on a multi year contract, the Finn himself did advise he is very impressed with the their plans and ambitions.

Here’s what Lewis Hamilton and George Russell think of 2022