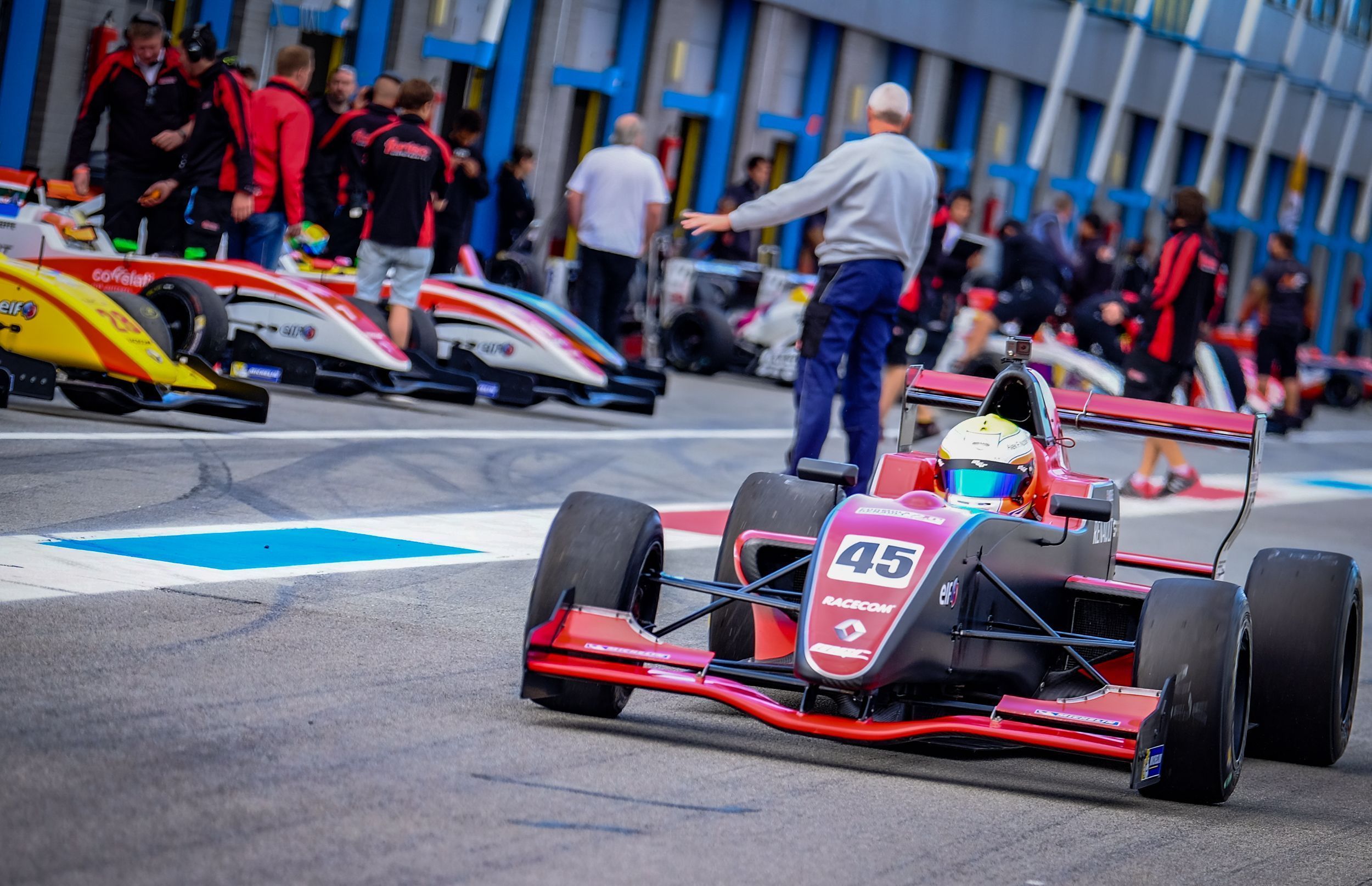 In the Formula Renault 2.0 Northern European Cup there are 53 points between Delétraz and Jörg, in the Eurocup only four. Delétraz is leading both championships. Ukyo Sasahara (ART Junior Team) in third position is only eight points behind Jörg and with five more races to go the game is on!

Between fifth placed rookie Max Defourny (ART Junior Team) and ninth placed rookie Alex Gill (Fortec Motorsports) there are three other rookies (Jehan Daruvala, Dries Vanthoor and Darius Oskoui) and a total of only 23,5 points difference. So the battle to become the first official Rookie in the Northern European Cup is heating up.

A new face will be amongst the 25 drivers at the Nürburgring. Mark Godwin, owner and teammanager of MGR Motorsport, is introducing the 19 years old driver Ameya Vaidyanathan from India to the Formula Renault 2.0 car.

“We are delighted to introduce Ameya Vaidyanathan to our team and the Formula Renault 2.0 NEC series. Ameya began testing with the team recently in the Formula Renault and we saw some immediate improvements with his driving and results in the UK. Whilst we have sensible expectations for the coming weekend at the famous Nürburgring circuit, we are confident that Ameya will make a good impression and hopefully enjoy his first experience of racing a Formula Renault outside the UK. 2015 has been a really good year so far for both the team and driver Colin Noble and recent pace has shown we are now capable of running consistently at the front. Colin is now 11th in the championship.”