Home F1 US GP: Bottas leads Hamilton in FP1 as Mercedes takes yet another... 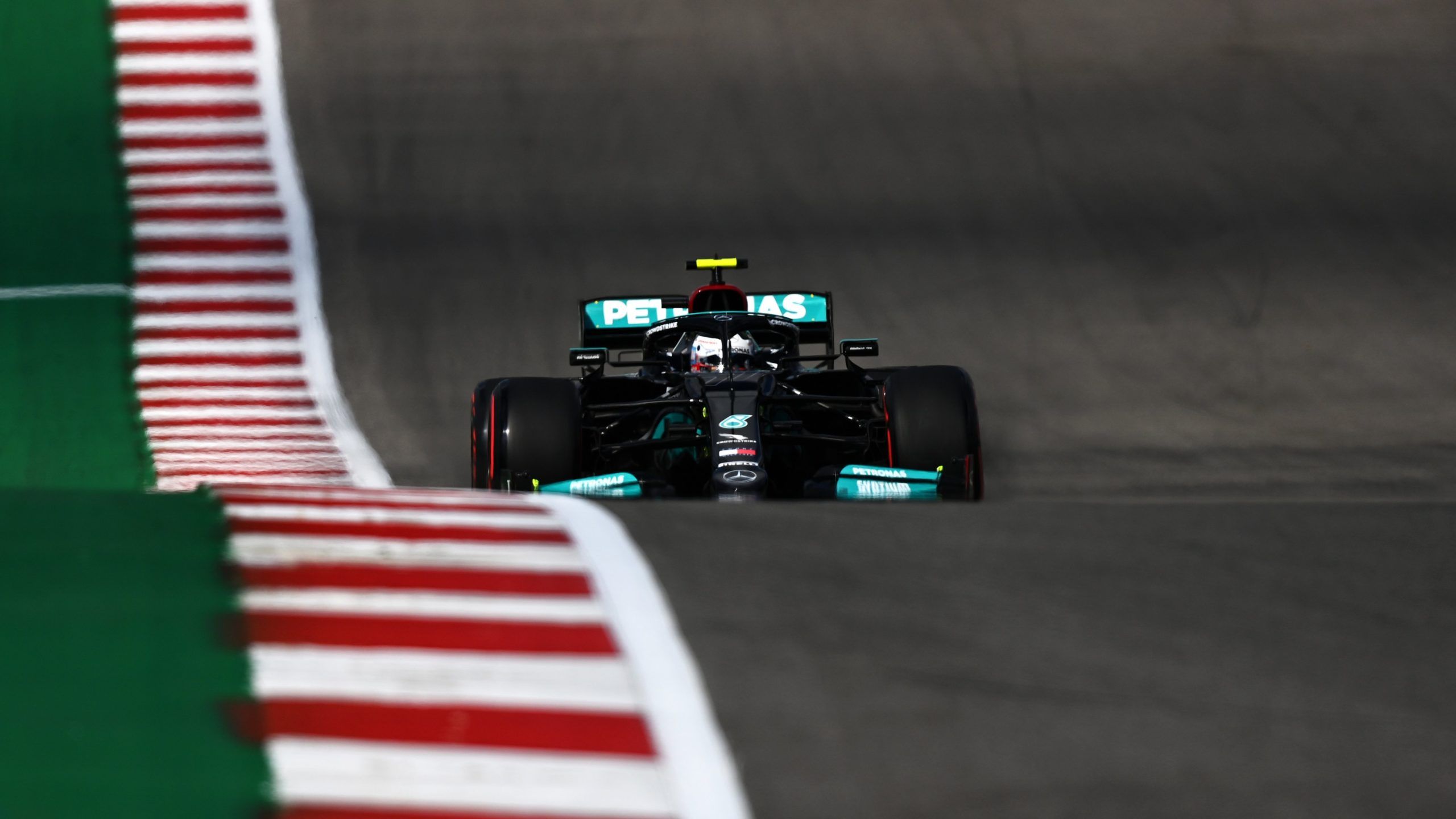 Mercedes led the way in FP1 of F1 US GP with Valtteri Bottas ahead of Lewis Hamilton, with Red Bull’s Max Verstappen in third.

The FP1 session in F1 US GP started with a red flag after Alpine asked Fernando Alonso to stop on track at Turn 12. The car returned to the garage during the session and the Spaniard managed to set a lap time and do good number of laps still.

At the front, Mercedes’ Bottas led F1 US GP FP1 with a 1m3.874s lap from teammate Hamilton (1m34.919s) and Red Bull’s Verstappen (1m35.806s). The Finn took a sixth Internal Combustion Engine for balance of ‘performance and reliability’.

The Ferrari duo slotted in fourth and fifth with Charles Leclerc (1m36.334s) ahead of Carlos Sainz (1m36.508s), where the Monegasque had a spin onto the gravel at Turn 6 and the Spaniard complained of balance issues. AlphaTauri’s Pierre Gasly (1m36.611s) was sixth.

There was a late moment for the Mexican at the left-hander when he collided with Haas’ Mick Schumacher. The German left the door open but turned left in the corner, which caught Perez out. Fortunately, there was no big damage to the car.

Norris had a moment early on in the session in the final corner, while Raikkonen spun after the chequered flag at Turn 9. With Alfa Romeo doing well in FP1, Williams were up there with George Russell in 11th, who stood ahead of Alpine’s Esteban Ocon.

The pair of Aston Martin were next in 13th and 14th with Lance Stroll ahead of Sebastian Vettel, as Alonso was 15th from McLaren’s Daniel Ricciardo, Williams’ Nicholas Latifi and AlphaTauri’s Yuki Tsunoda, as Haas’ Schumacher led Nikita Mazepin.

The Russian also had a spin early in the session as he set his best time on the medium tyres along with Ricciardo and Tsunoda. At the same time, Perez had his best time set on the hard tyres, while rest used the soft compound.

In terms of the PU elements, while Bottas had the new ICE in his car, both Russell and Vettel had the same, but along with their respective fourth ICEs, the duo also took brand new TC and MGU-H. The trio getting grid penalties as a result.

There was almost a second between Lewis Hamilton in P2 and Max Verstappen in P3#USGP 🇺🇸 #F1 pic.twitter.com/na8rRqRiKm