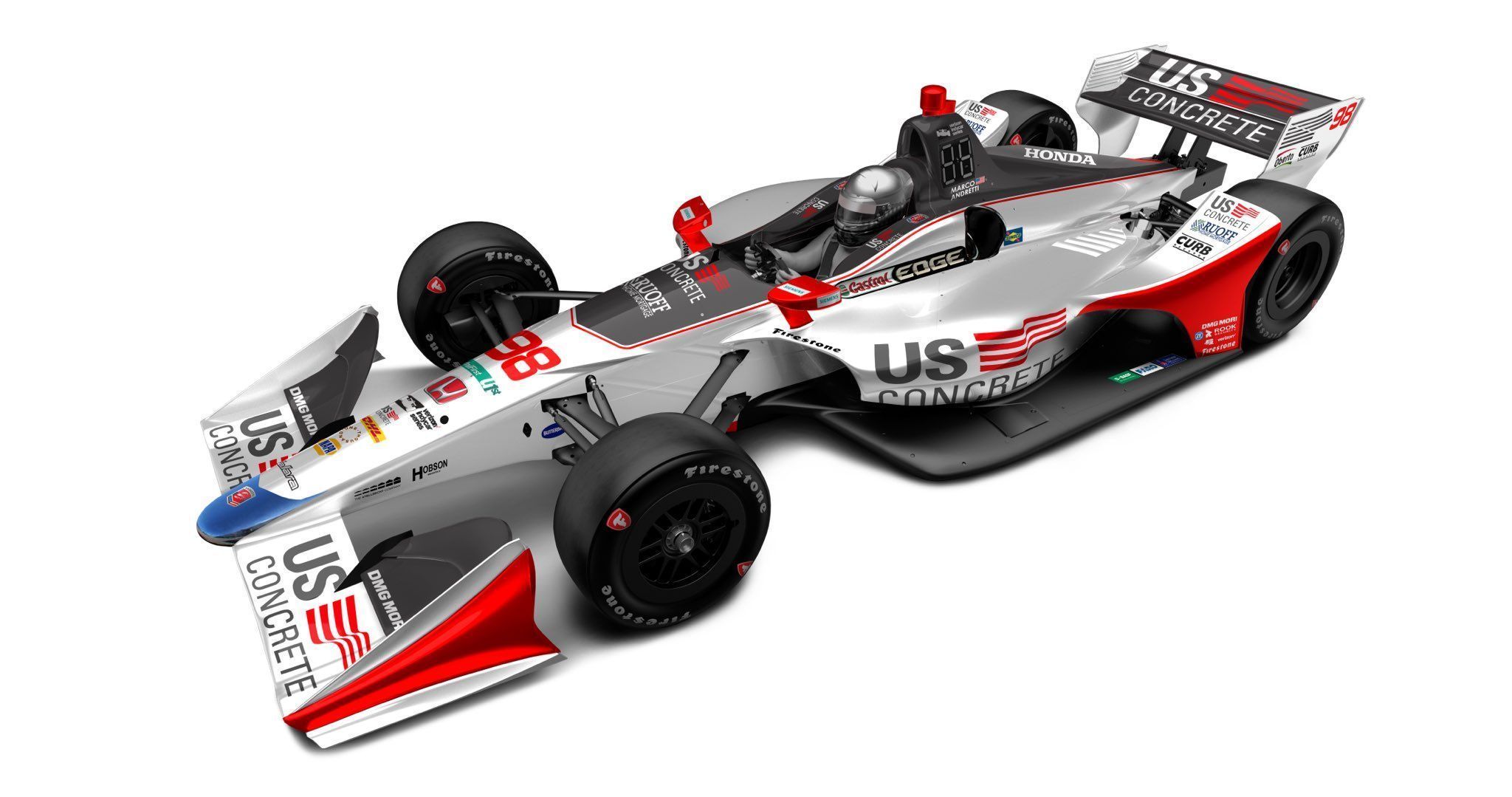 Andretti Autosport and ready-mixed concrete producer US Concrete have agreed a deal to sponsor the nº. 98 Andretti-Herta Honda car, driven by Marco Andretti, for six races of the upcoming season including the Indianapolis 500.

The Texas-based ready-mixed concrete and aggregated products producer US Concrete has announced that it will be the main sponsor of the nº. 98 Andretti-Herta Honda car, driven by Marco Andretti, on six races from the next Verizon IndyCar Series season.

The concrete company will make its first appearance on the series and will sponsor Andretti on six of the most important events: the Long Beach GP, which is the most prestigious race after the Indy 500; the entire month of May, which includes the Indianapolis GP and the 102nd edition of the Indianapolis 500; the two other superspeedways apart from Indianapolis, Texas and Pocono; and the season ender in Sonoma.

This partnership will mean that US Concrete’s colours will be on the nº. 98 car for those races, which is not something new to Marco, who has been, during the last few years, the driver that usually changes his livery due to sponsorship reasons more often. Grey and red will be the main colours of the US Concrete livery.

“I’m really happy to welcome U.S. Concrete to the Verizon IndyCar Series and our Andretti family,” said Michael Andretti, CEO of Andretti Autosport and Marco Andretti’s father. “U.S. Concrete is a leading brand in its industry, as is the Andretti brand in IndyCar, so we are very excited about this partnership.”

The 2018 IndyCar season will start the 12th of March in the streets of St. Petersburg, Florida. The US Concrete livery, however, will not be seen until the Toyota Grand Prix of Long Beach, which is the third round of the season and will be held the 15th of April.