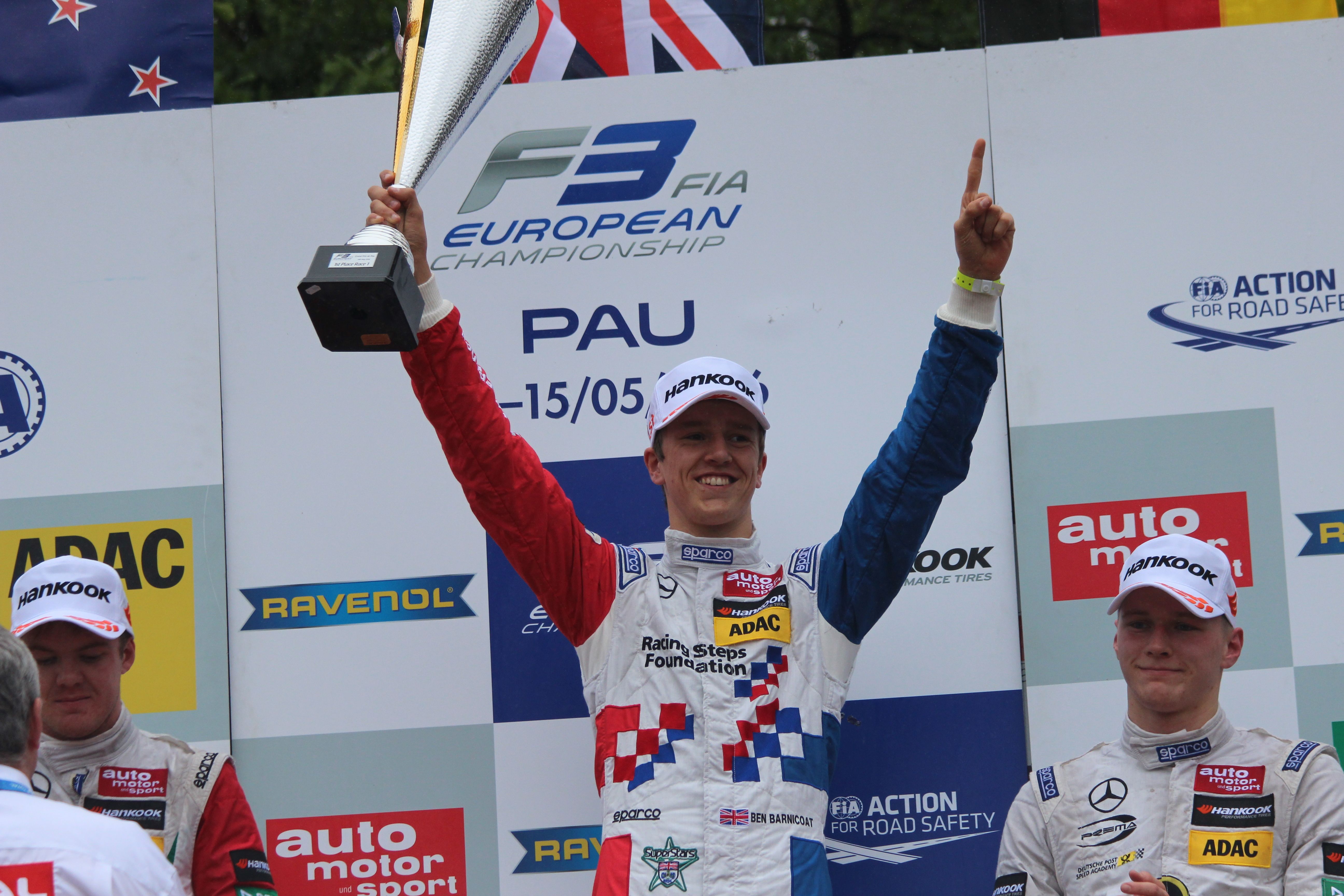 Ben Barnicoat takes the win at Pau for the first race ahead of Cassidy and Günther while Stroll stalls on the grid.

A light rain is washing the track but conditions are very set to change. At the start, two cars stalled, the one of Maini and also Lance Stroll who started frome pole ! Fortunately, no one hit them and there was no incident to report at the start. Barnicoat logically took the lead ahead of Gunther and Cassidy.

The British driver quickly built a gap against Günther, the latter under the pressure of his teammate as Russell stayed alert behind them. In the field, a Van Amersfoort Racing battle between Harrison Newey and Pedro Piquet happened with the advantage for Newey.

After ten minutes, Zhi Cong Li crashed in Beaumont, causing the safety car deploy and reducing Barnicoat’s gap which was up to five seconds. At the restart, Cassidy overtook Günther straight away and went to chase Barnicoat. Meanwhile, Piquet hit the barrier at turn one and then went on without his front wing.

An incident between Niko Kari and Piquet has been but under investigation before the Finn hit Maini in the back, both able to continue. Russell managed to get close to Günther but did not overtake the German who has his only good race of the week-end here.