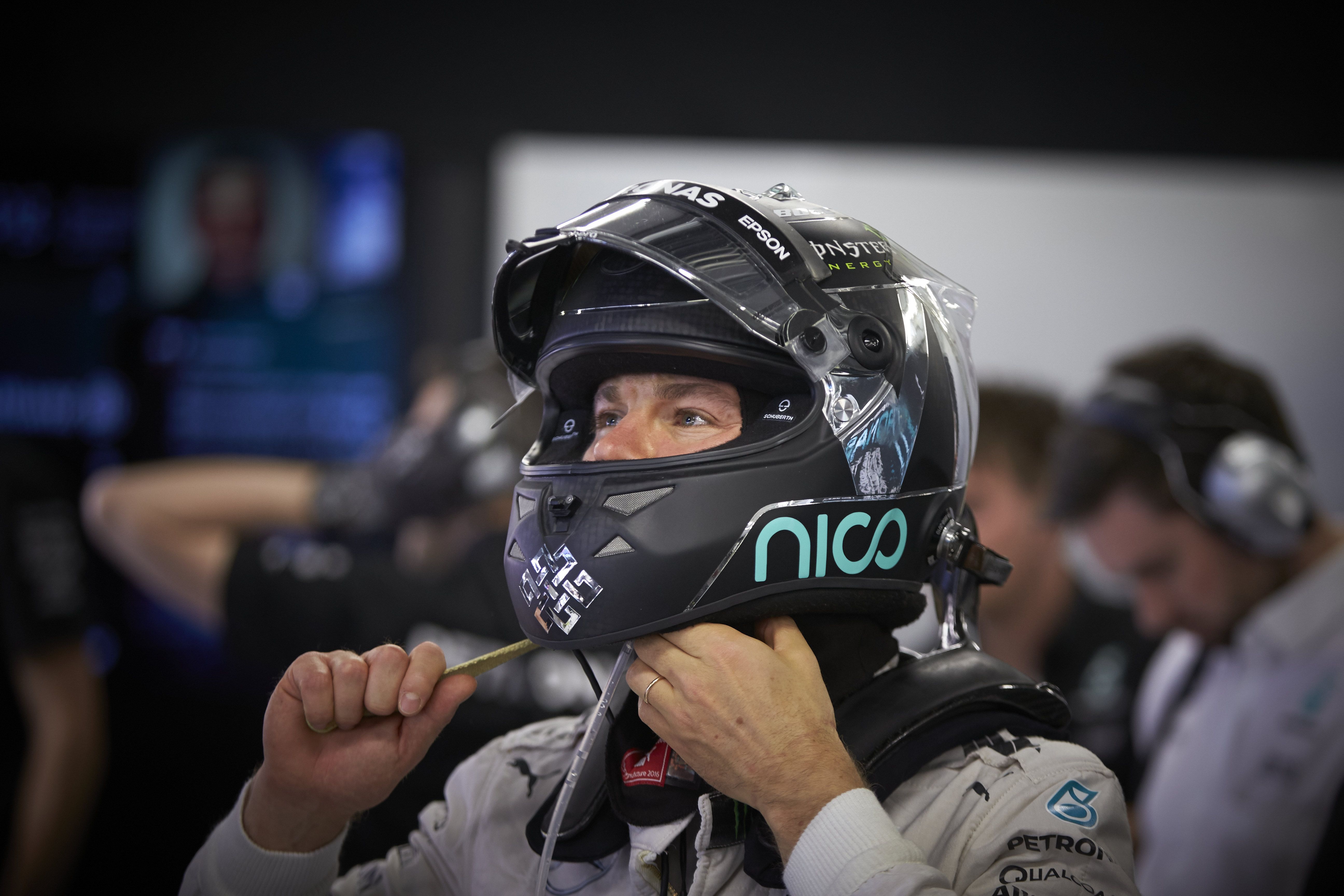 Nico Rosberg will start tomorrow’s race on pole position after electronic problems left his teammate Hamilton out in Q3. Sebastian Vettel was 2nd but will start 7th due to his gearbox penalty, while Bottas completed the top 3.

The Mercedes set the early pace in Q1, very far ahead of the rest. The track conditions kept improving lap after lap, which allowed the Ferrari drivers to finish less than 1s behind the silver arrows. Behind, only Bottas, Massa, Sainz and Alonso set a time less than 2s slower than Hamilton‘s. The eliminated drivers were Magnussen, Palmer, Nasr, Wehrlein, Haryanto and Ericsson.

The Mercedes, Ferraris and Williams took the first 6 positions of Q2 with Rosberg ahead in another dimension. Daniil Kvyat barely avoided elimination in the last minute, leaving Sainz, Button, Hülkenberg, Alonso, Grosjean and Gutiérrez out of Q3.

Q3 started with bad news for Hamilton, whose Mercedes had once again an MGU-H issue and couldn’t take part in the session. Nobody could match Rosberg‘s time set in his first attempt, so he got pole position for the Russian GP. Sebastian Vettel was 2nd, 0,7s behind, but will have a 5-place grid penalty and will start 7th. Bottas was 3rd faster ahead of Räikkönen, while the top 9 was completed by Massa, Ricciardo, Pérez, Kvyat and Verstappen.