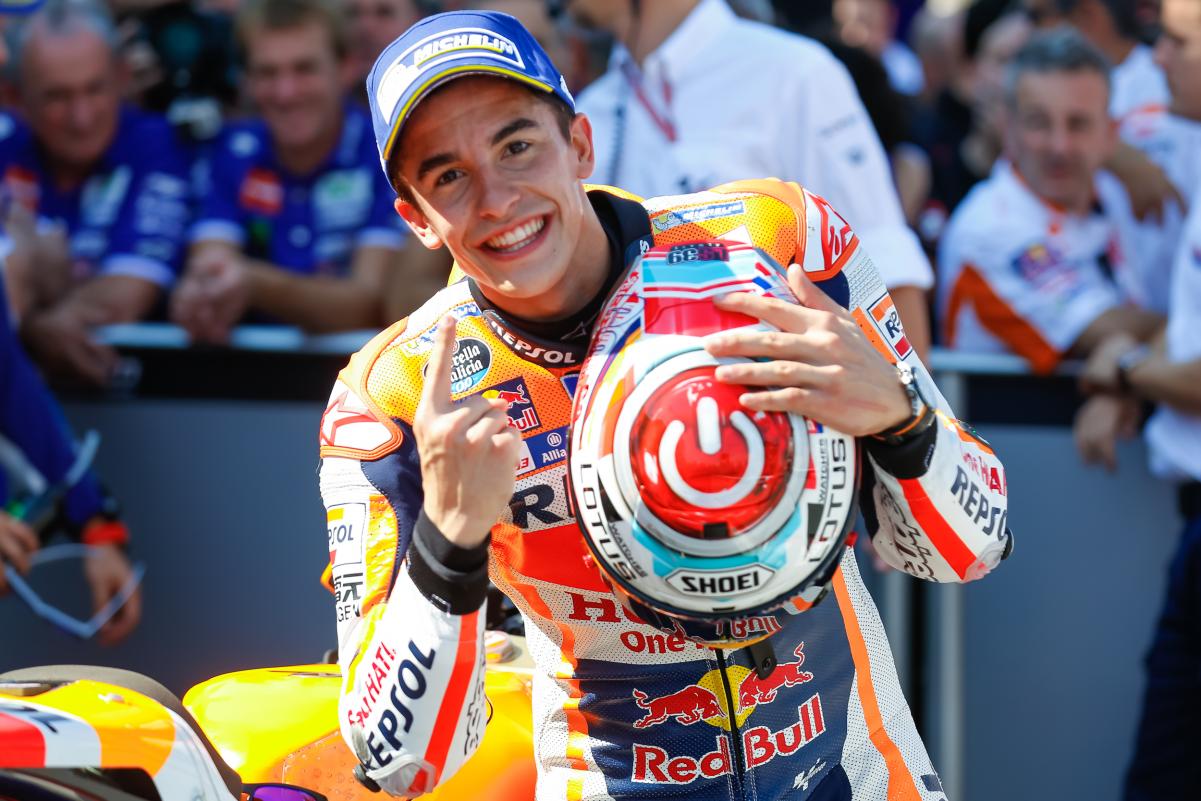 Marc Márquez wins in Aragon after a mistake which required him to make up positions. The Yamahas completed the podium after a great fight between Lorenzo and Rossi.

Lorenzo had a better start than Marquez‘s which allowed him to go side-to-side with him on turn 2, where they made contact, which allowed Viñales to take the lead. Márquez was down to 3rd and before lap 1 ended he had already passed Lorenzo again. He one needed one more lap to gain back the lead of the race.

His incredible pace and aggressiveness brought him to make a mistake which brough him down to P5. This left Maverick on the lead ahead of Lorenzo and Rossi, although the Italian rider would overtake his Yamaha teammate, who would eventually lose position with Márquez as well. Viñales wouldn’t last much up there either and he fell down to P4.

Rossi and Márquez, championship contenders, were fighting for the lead of the race. Márquez would be the winner of this battle, while Rossi would end up losing position with Lorenzo as well. This reinforces Márquez‘s lead on the championship over Rossi, which brings him closer to the world title.