Home More Series Formula V8 3.5 Two in a row for Fittipaldi at Silverstone 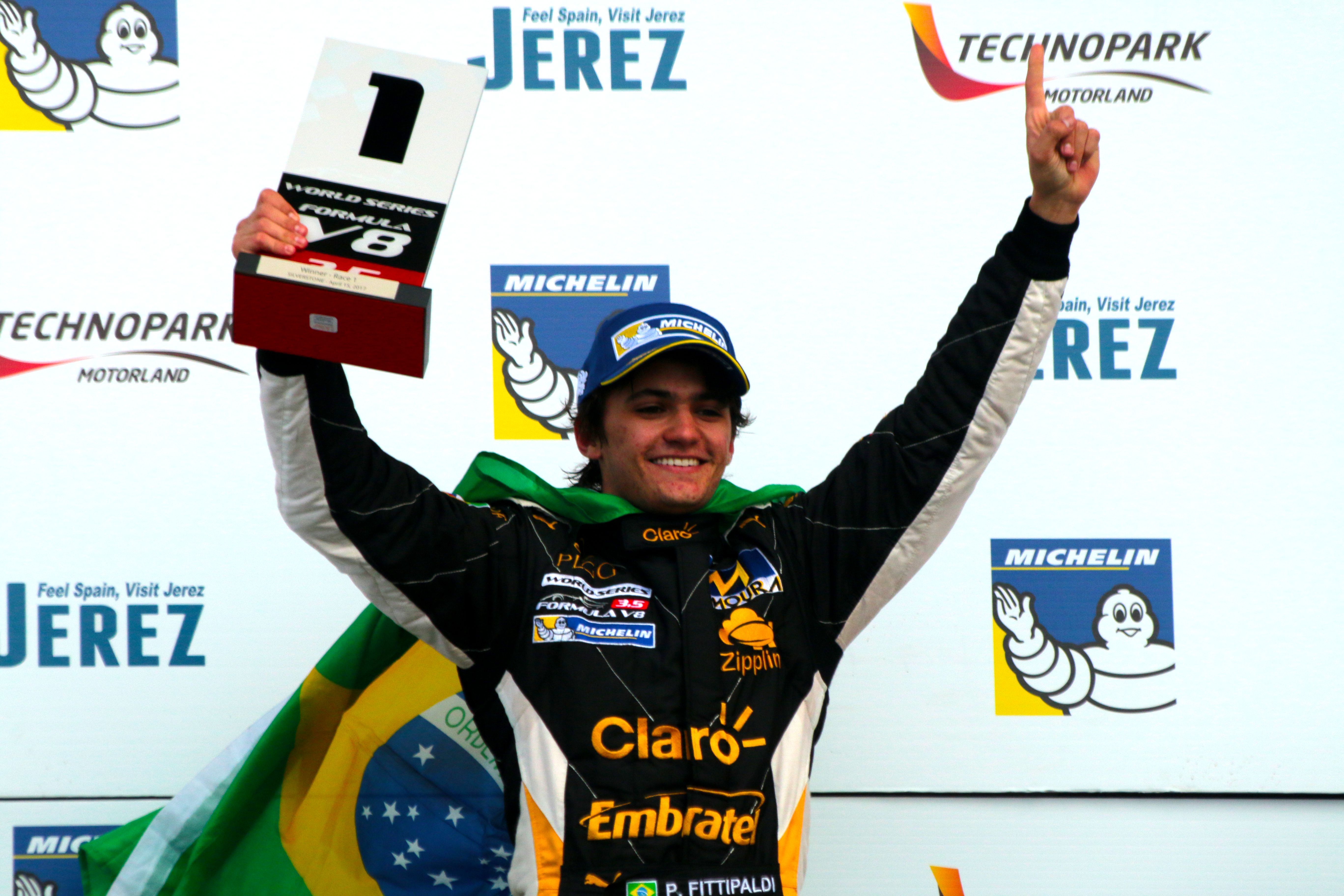 Pietro Fittipadi has taken his second win in Formula V8 3.5 Series at Silverstone, after beat once again Egor Orudzhev and Roy Nissany who completes the podium.

On lap three, Yu Kanamaru (RP Motorsport) retired from the race, while Fittipaldi built a gap with Orudzhev for a comfortable lead.

The first to join the pit lane to do the mandatory pit stop was the Force India third driver, Alfonso Celis (Fortec Motorsports) who started from 10th place. He finally would finish on sixth position.

The tyres change helped Orudzhev to overtake Nissany thanks to the strategy. But then, Isaakyan (AVF) and Nelson Mason (Teo Martin Motorsport) made contact at turn 6, causing the retirement from both and the safety car period.

After 4 laps running with safety car, Fittipaldi kept the lead to win the race ahead of Orudzhev and Nissany. Best rookie was Konstantin Tereschenko (Teo Martin Motorsport) who finished fifth.

In the driver’s standings, Pietro Fittipaldi leads with 50 points, while Celis is second with 26 and Binder third with 24. Orudzhev is fourth 32 points behind the Brazilian.