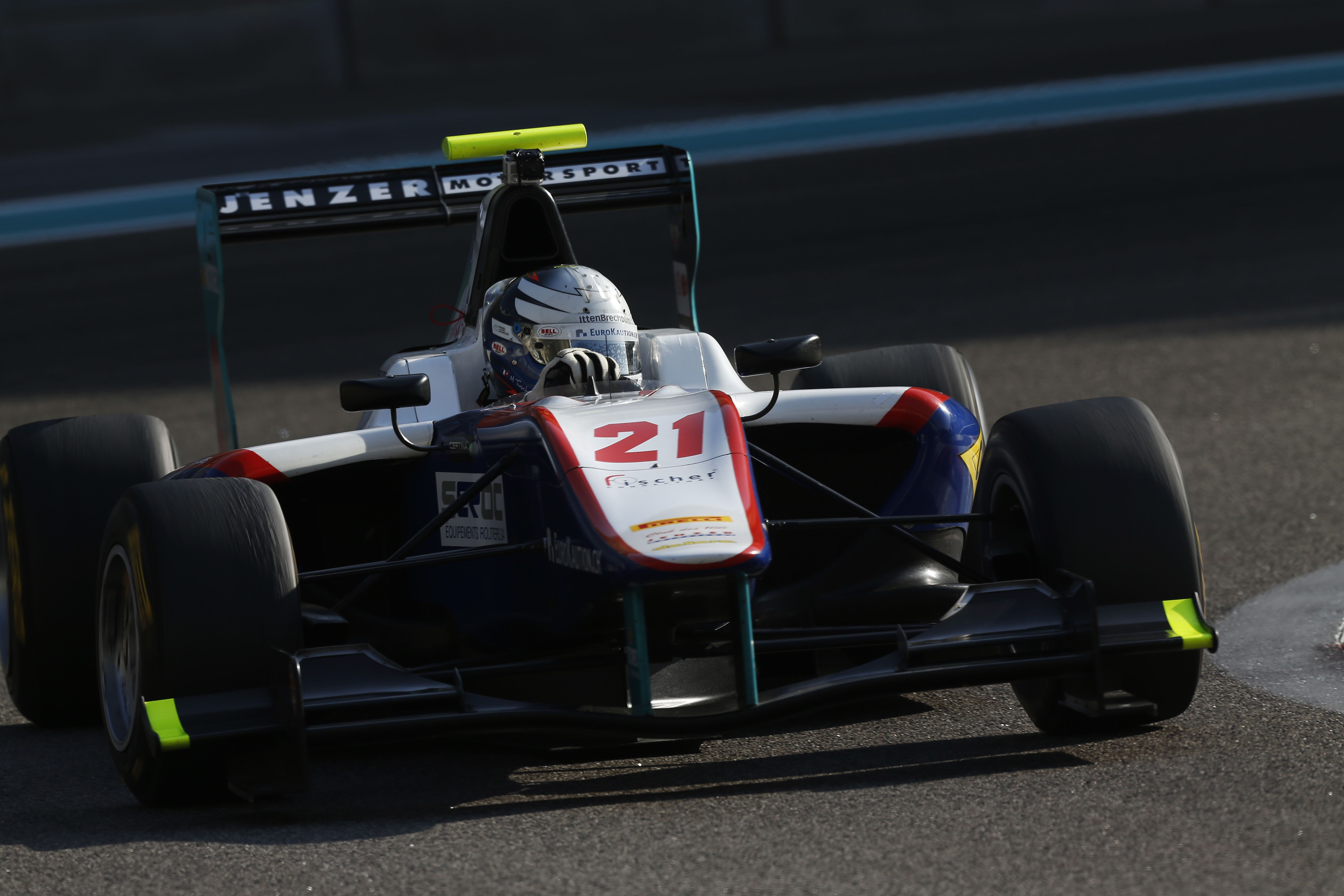 Swiss driver Mathéo Tuscher posted the best lap time on day two of post-season testing at the Yas Marina Circuit with a 1:55.583. Italian driver Luca Ghiotto clocked the fastest time of the morning session with a 1:55.976.

The second day of post-season testing at the Yas Marina Circuit again got underway with beautiful sunshine and a light breeze as the drivers exited the pitlane, some of which had switched teams and some making their maiden appearance in a GP3 car.

Jenzer Motorsport’s Mathéo Tuscher was first to set the pace in the 1m57’s, but there was an early red flag when Colombian driver Tatiana Calderon went off at the armco at turn two. Trident’s Ghiotto led the way once the session resumed before Ferrari Academy driver Antonio Fuoco who had switched to Carlin for day two – flew to the top of the standings, the first driver to dip into the 1m56’s.

Alex Palou with French squad ART GP for his second day was able to better the Italian’s time to take P1, before the second red flag of the morning session occurred when Australian Dylan Young on his first day testing with Hilmer Motorsport spun at turn 7.

Fuoco was on a mission and in the final thirty minutes, he re-claimed his position at the head of the timesheet, one tenth faster than Palou. But Ghiotto lit up the timing screens with a 1:55.976 – first into the 1m55’s barrier to end the session fastest, with Jimmy Eriksson up to third. With eight minutes left on the clock Carlin’s Jack Aitken made contact with the barrier at turn 19. At the chequered flag it ended as Ghiotto, Fuoco, Eriksson, Palou, Seb Morris, Tuscher, Mitch Gilbert, Steijn Schothorst, Ralph Boschung and Alfonso Celis. Jr.

Following GP2’s turn on track, G3P returned to the track for their afternoon session. Gilbert headed the pack initially as the Australian was first into the 1m56’s, before Swede Eriksson snatched P1. Gilbert returned to the top of the timings when he was first to lap in the 1m55’s before Ghiotto recorded the best time of the session. Morris rose to second, displacing the Arden International driver as the clock ticked down.

The final part of the day saw many drivers opt for new Pirelli tyres (soft compound): Morris found some extra pace to take P1 ahead of Ghiotto, Palou and Fuoco, until Tuscher put in a flier to go top by a mere 0.008s. A red flag at the end of the session brought a premature close to the second day of the testing when Gilbert stopped at turn 9. At the chequered flag Tuscher headed Morris, Ghiotto, Palou, Eriksson, Fuoco, Matt Parry, Celis. Jr, Gilbert and Pizzitola.