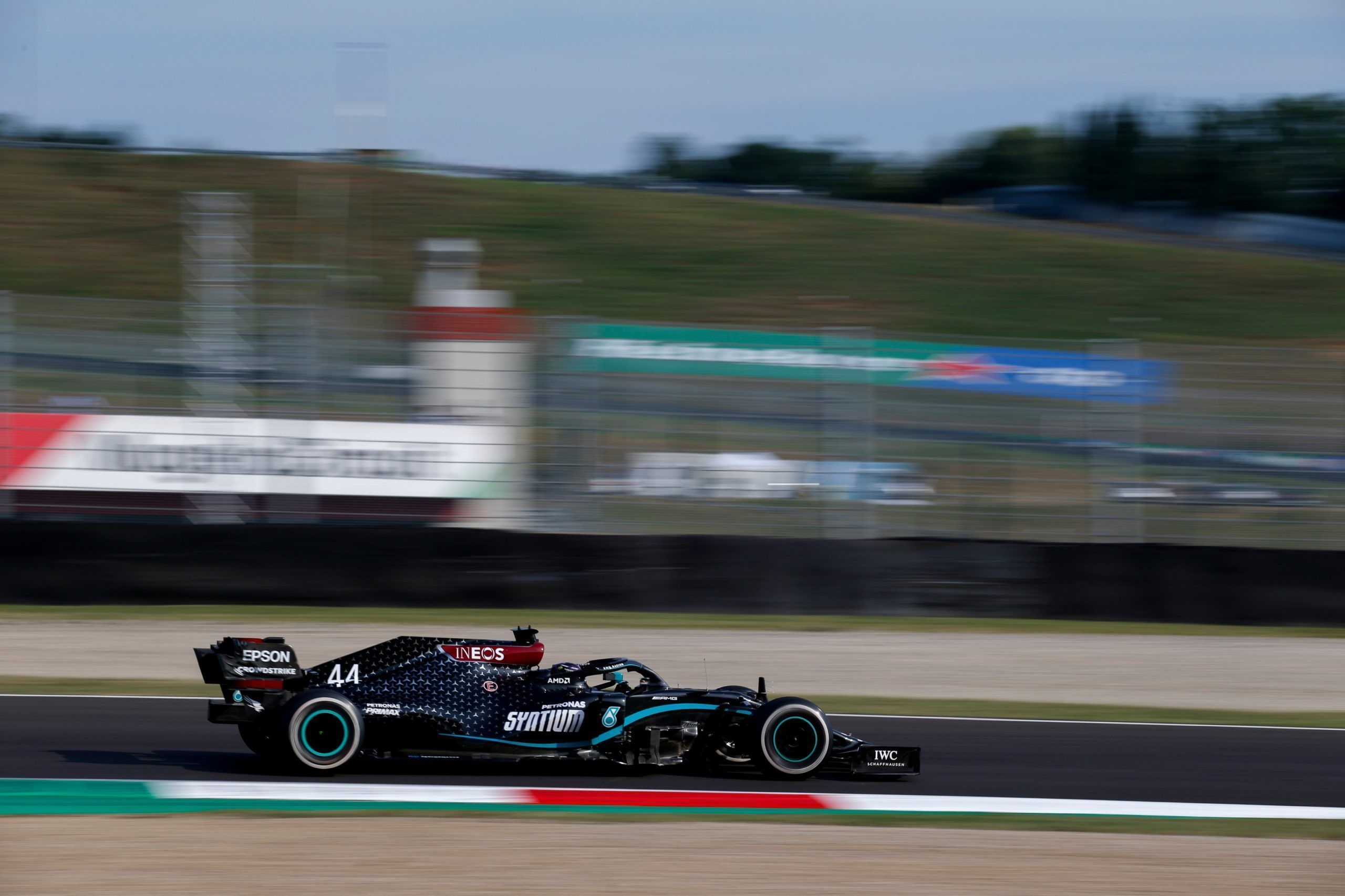 The first part of F1 Tuscan GP qualifying at Mugello had Mercedes’ Valtteri Bottas led the way from Lewis Hamilton by just 0.029s with Red Bull’s Max Verstappen third – but the Dutchman was over half a second behind the two German team drivers.

It was tight in the fight for Q2 as Italian GP race winner AlphaTauri’s Pierre Gasly was knocked out in Q1 with a 1m17.125s as Ferrari’s Sebastian Vettel made it in by 0.053s, as the Frenchman complained of understeer and lack of grip.

Alfa Romeo Racing’s Antonio Giovinazzi (1m17.220s) was 17th as he managed to beat both the Williams with George Russell (1m17.232s) ahead of Nicholas Latifi (1m17.320s) despite the Brit going through the gravel on his quick lap.

Haas’ Kevin Magnussen (1m17.348s) was only 20th as teammate Romain Grosjean, who made it into Q2 but had an evasive moment on his run as replays showed.

The second part in F1 Tuscan GP qualifying at Mugello saw a mighty close battle at the front again as Hamilton and Bottas were separated by 0.013s despite the Brit going slightly on the gravel, with Verstappen up there close in third.

All of the drivers opted to use the soft compound, which they will start the Sunday’s grand prix on in the strategy game. Meanwhile, replays, showed that Verstappen had to take an evasive action in the pitlane after Racing Point’s Lance Stroll was let out in front of him.

The improvements were low from most of the drivers in the session with the last sector troubling many. It wasn’t for McLaren’s Carlos Sainz as the Spaniard managed to improve and knock out his teammate Lando Norris (1m16.640s), who ended up 11th.

The third part in F1 Tuscan GP qualifying had Hamilton with provisional pole by 0.059s as he set a 1m15.144s over Bottas’ 1m15.203s as Verstappen lined up third from Red Bull teammate Alexander Albon, with Racing Point’s Sergio Perez in fifth.

It was an anti-climax with Hamilton securing pole in F1 Tuscan GP from Bottas and Verstappenv (1m15.509s), with only the Dutchman improving after the Finn couldn’t improve due to a spin for Renault’s Esteban Ocon.

Renault’s Daniel Ricciardo (1m16.543s) could only manage eighth in the end with McLaren’s Sainz (1m17.870s) ninth, while the other Renault of Ocon did not set a time after he opted for the single run in Q3.