Home F1 Tuscan GP: Bottas quickest in FP3 as well but Top 3 within... 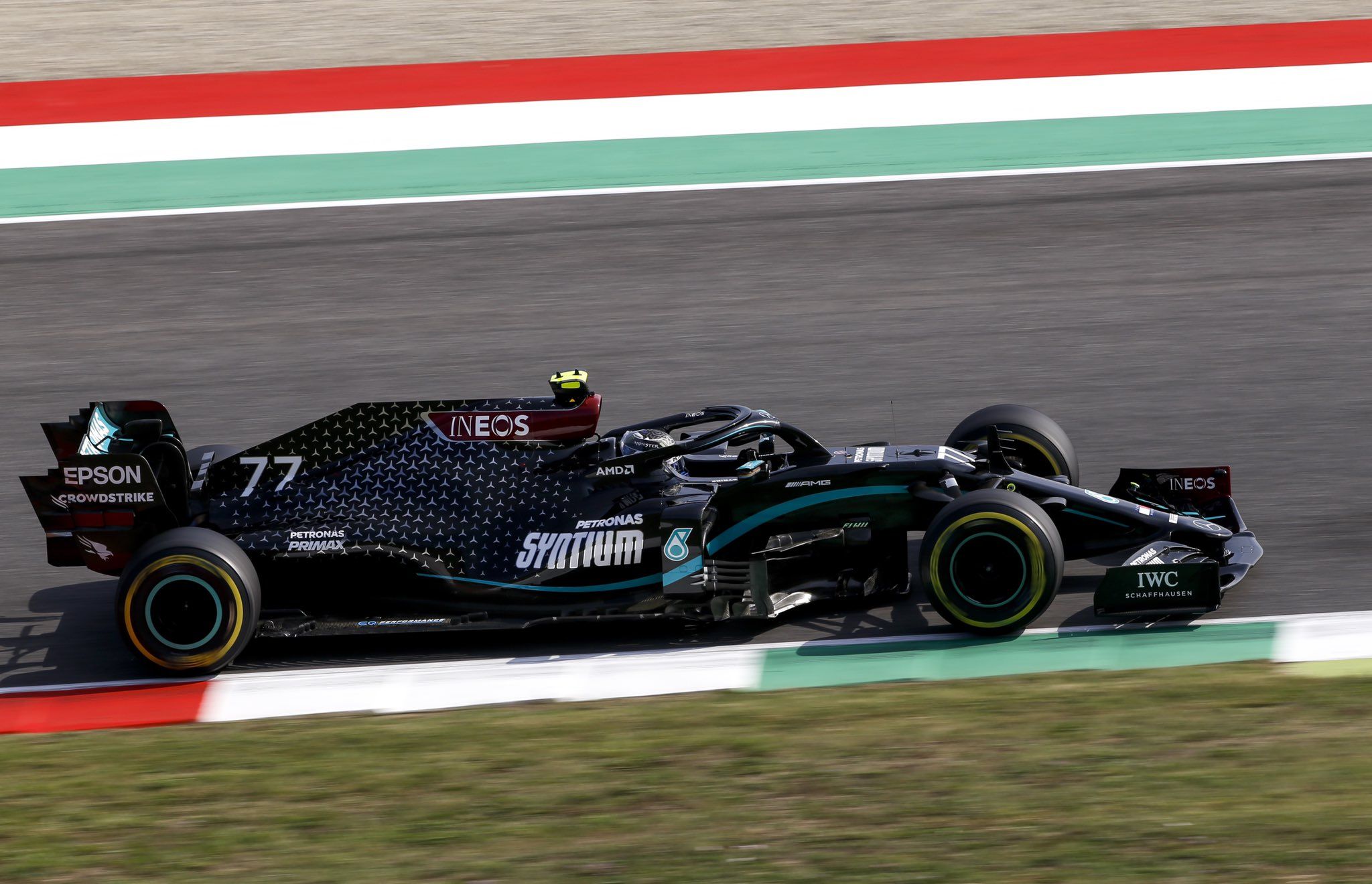 The Frenchman brought out the yellow flags due to a gravel excursion. Ferrari’s Charles Leclerc (1m17.488s) continued his good run in seventh as a late lap from Red Bull’s Alexander Albon (1m17.538s) put him in eighth despite an off moment.

Williams’ Nicholas Latifi (1m18.072s) ended up 16th ahead of Renault’s Daniel Ricciardo (1m18.142s), Ferrari’s Sebastian Vettel (1m18.186s), McLaren’s Lando Norris (1m18.826s) and teammate George Russell, who had brake-by-wire issue to have no lap set – where it wasn’t clear why the trio were so far down with likely that they did not get a clean lap.

Here’s what drivers said after Friday in F1 Tuscan GP