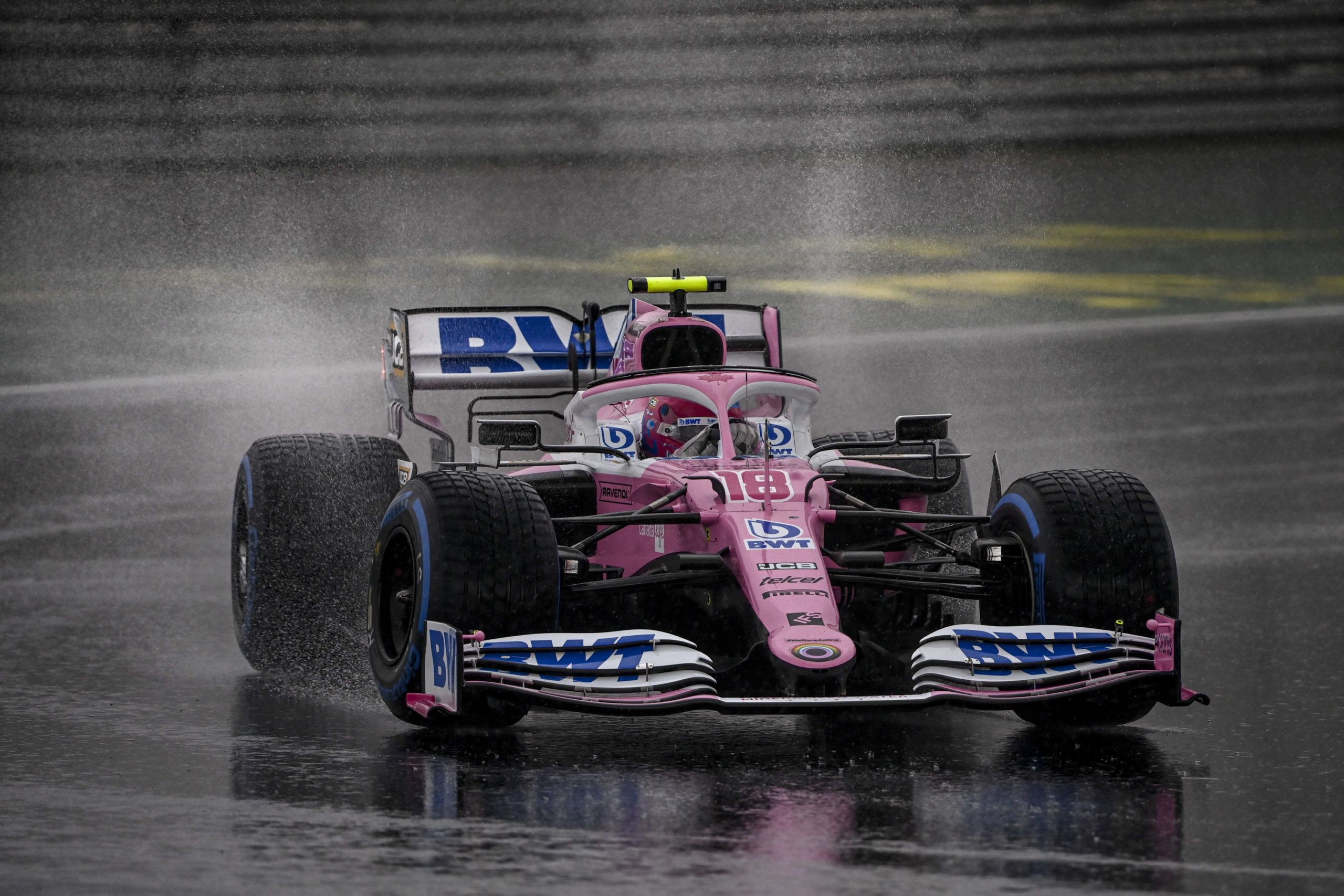 The weather conditions in first part of F1 Turkish GP at Intercity Istanbul Park continued to be treacherous to drive as driver tip-toed around the wet circuit. It was a mixed strategy with some going for full wets and some on intermediates.

There were plenty of spins with Red Bull Racing’s Max Verstappen starting the action. There were spins/offs for Williams, Haas, AlphaTauri and Ferrari drivers as well. The session was eventually red-flagged with Renault’s Esteban Ocon leading with a 2m06.115s lap.

After a brief break, the Q1 session in F1 Turkish GP resumed with 6m56s remaining on the clock. It was Albon leading the pack as Raikkonen had a half spin on his out lap. There was another moment on the flying lap for Leclerc at Turn 1.

And at the same corner, Grosjean was unfortunately beached to bring out another red flag. The session re-started with 3m30s on the clock as Verstappen ended up fastest with 1m57.485s as Albon ended up second and Raikkonen third.

The Dane complained about drivers setting their quick lap under yellows, which will be investigated after the session. He led the Russian with Russell (2m10.017s) ending up 18th – with an engine penalty – as Grosjean (2m12.909s) was 19th still.

The second part in F1 Turkish GP started under double-waved yellows as marshals were still recovering Latifi’s car, which prompted Raikkonen to speak about the same on the radio. Everyone were on the wet tyres but the McLaren drivers opted for the intermediate.

It didn’t work out for both Norris and Sainz as they pitted to switch on to wets. It was Verstappen in the lead with a 1m50.293s as he led Albon and Hamilton in the Top 3 but it was disaster for both the McLaren and Ferrari drivers in Q2.

Adding more misery on McLaren, the FIA stewards put Sainz and Perez under investigation for impeding in Q2 – which is to be investigated after the qualifying.

The third part in F1 Turkish GP started in tricky conditions still with the whole field on the used wet tyres except Ocon and Perez. The Mexican went fastest to take provisional pole from Verstappen and Stroll, which forced others to take into intermediate too.

Both the Red Bull drivers along with Mercedes, Stroll and Giovinazzi changed to that but the former lost some pace, while the Racing Point duo continued their surge ahead. It was Perez leading for major part until his teammate went quickest.

UPDATE: The initial list of summons for yellow flag had Stroll and Norris, where the former was in for a single yellow while the latter was for double.

UPDATE 2: Following the investigation, the FIA stewards found that Sainz did impede Perez in Q2. As a result, the Spaniard has been handed a three-place grid drop, which drops him to 16th, promoting Leclerc, Gasly and Magnussen.

UPDATE 3: Following investigation into the incident involving Stroll, the stewards deemed no further action. At the same time, Norris was handed a 5-place grid penalty for setting his best time under double-waved yellow flag.

#F1 #TurkishGP Stroll is cleared and keeps pole position. The rest of the grid might still get a few changes though. #MsportXtra pic.twitter.com/UBvOluK0qJ

UPDATE 4: The FIA stewards handed a 5-place penalty to Russell for not having full control during Q1 while passing Kvyat spinning. More drivers were checked but did what was required – the drivers included Hamilton, Ricciardo, Magnussen, Stroll, Gasly, Perez and Bottas.

#F1 #TurkishGP So that's a 5 place grid drop for Russell, who would've started from the back anyway. #MsportXtra pic.twitter.com/gOtQr9bdsy