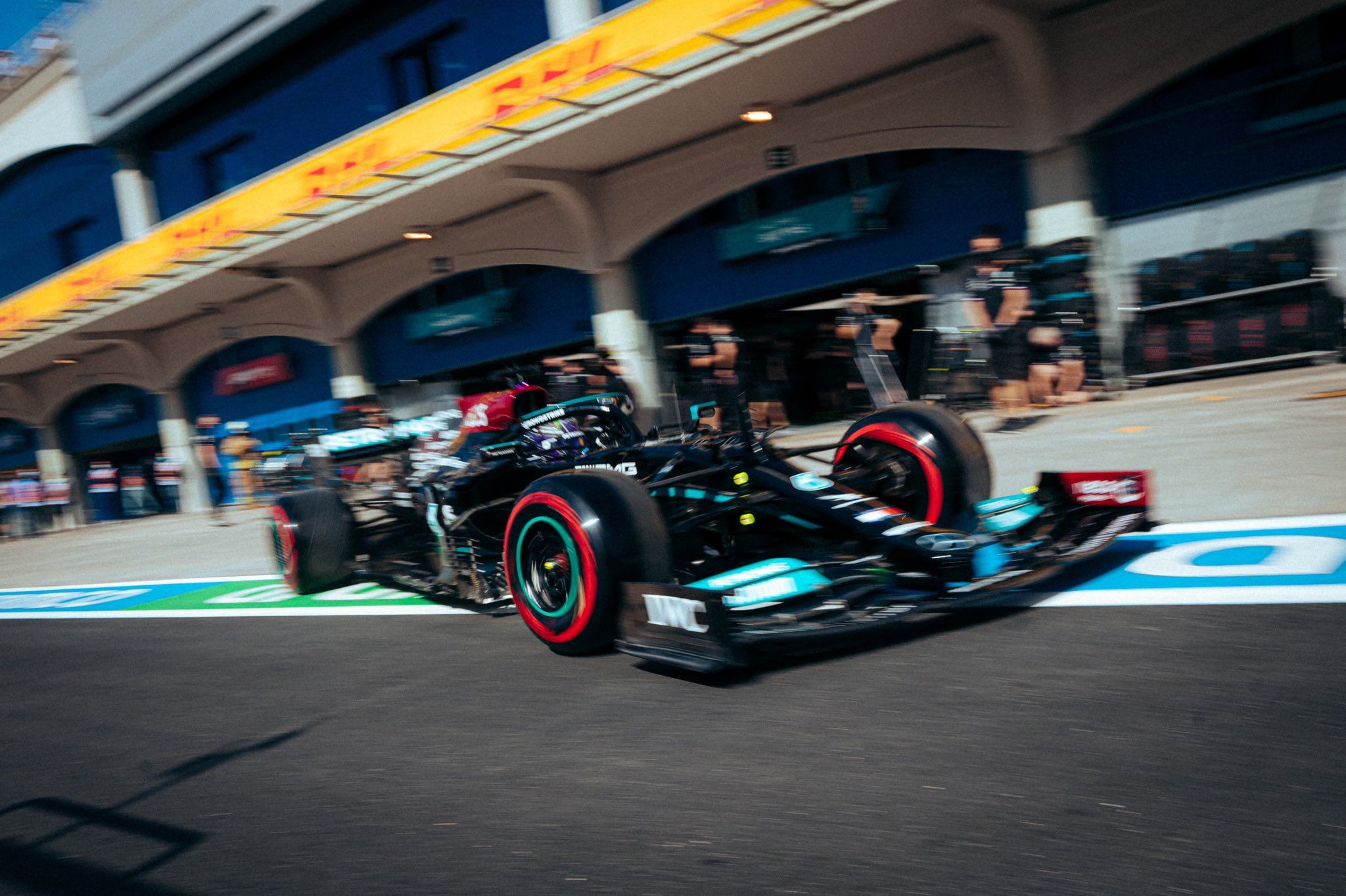 It was a straightforward and much smoother FP1 session of F1 Turkish GP weekend, with less complaints of grip issues unlike the last time. With a new Internal Combustion Engine, Mercedes’ Hamilton led the way with a 1m24.178s lap.

He is set for a 10-place grid drop as Mercedes will decide the future course of he needs other elements or not. Red Bull’s Verstappen (1m24.603s) was second, devoting his time on fine-tuning the car, with Ferrari’s Leclerc (1m24.654s) rounding the Top 3.

There was a moment between the Japanese and a Alfa driver for the former to swear, as the back of the grid was rounded out by Haas’ Mick Schumacher and Nikita Mazepin. Among all, Ocon set his best time on hard, while Alonso and Ricciardo did so on medium.

Following on from what happened with Romain Grosjean in Bahrain GP, the FIA is testing a better heat resistant prototype gloves for research purpose. It is not to be tested in F1 practice of test sessions, but also in Formula E, WRC and also WEC.

For Turkish GP FP1, the FIA listed Hamilton, Vettel, Sainz, Ricciardo and Russell as the drivers testing the prototype gloves. Here’s the full statement from the governing body regarding the research work they are undertaking.

“Since the beginning of 2021, the FIA Safety Department has been conducting a research project with the target of improving the heat transmission protection of the drivers’ gloves. The specific changes in glove specification required to achieve this increased protection must be balanced with the levels of comfort and dexterity required to operate the car safely and for extended periods.

“It is considered that any effects of the specification changes on comfort or dexterity can only be evaluated effectively during track testing. Article 2 “Flame-resistant clothing” of Chapter III “Drivers’ Equipment” of Appendix L to the International Sporting Code states that F1 drivers must wear FIA-approved gloves in accordance with FIA Standard 8856 2018. However, in March 2017 the WMSC approved a proposal which defines a process by which authorization may be given by the FIA for the use of prototype safety equipment during official testing sessions.

“These products are by definition innovative and so cannot yet be homologated until the regulation is approved by WMSC. The Safety Commission members have recently approved by majority vote a waiver for the prototype gloves, described above, to be used during official and private test sessions of Formula 1, Formula E, World Rally Championship and World Endurance Championship events, for the specific purpose of research.

Here's how FP1 played out ⬇️