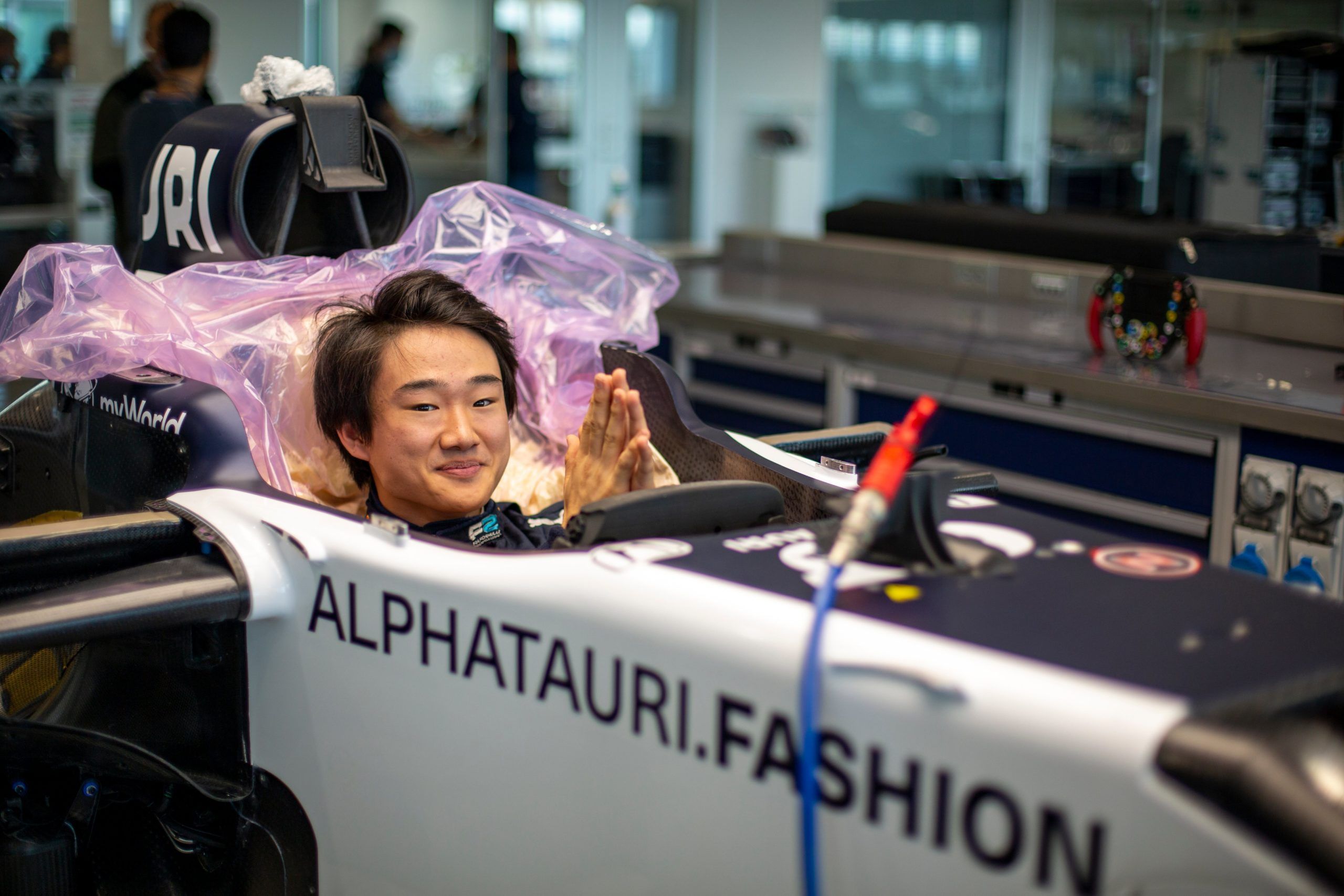 One of the brightest Honda and also Red Bull junior, Tusnoda, will get an early F1 chance with AlphaTauri at Imola in one of the older cars. The Japanese racer was scheduled to drive the 2020 machine at Yas Marina in the Young Drivers’ Test already.

However, Red Bull has changed its mind to give Tsunoda an early F1 test on November 4, to potentially evaluate his feedback and also his driving before its decision for the 2021 line-up. The Japanese sits third in the F2 championship with Carlin in his rookie season.

To attain a F1 superlicense, Tsunoda has to finish in the Top 4. There has been a change in the regulations where best of three seasons will be taken from the last four, but for the Japanese, it will be his previous three only, looking at the results.

AlphaTauri hasn’t mentioned the car he will drive but it is likely to be the 2018 F1 machine, just after the end of the Emilia Romagna GP at Imola. The timing of the test is interesting as Red Bull consultant, Helmut Marko pinned November month, for a decision.

While the future of Max Verstappen and Pierre Gasly seems to be sorted, all eyes are on Alexander Albon and Daniil Kvyat. Both Honda and AlphaTauri have already ruled out that the current engine pullout would affect the chances of Tsunoda in F1.

Talking about another F1 junior, Sauber academy racer, Pourchaire, will make his F2 debut in Bahrain with HWA Racelab, replacing Jake Hughes, to race alongside veteran Artem Markelov. The Frenchman left a huge mark in his debut F3 season with ART.

Having had a slower start, Pourchaire picked on with a sprint race win in his fourth race itself, from where, he carried on with his fine form to end up second in the drivers’ standings, missing the title by just the three points to Oscar Piastri.

“I am really happy to participate in the final two rounds of FIA Formula 2 in Bahrain,” said Pourchaire. “I’d like to say a big thank you to BWT HWA RACELAB for giving me this opportunity. I can hardly wait to work with the team and get to know a new car.

“I would also like to thank my family and sponsors for their support. I am ready to race.” At the same time, Thomas Strick added: “We are pleased to allow such a highly-talented young driver to take his first steps in Formula 2.

“Theo’s talent is undisputed. The success he has enjoyed in his burgeoning career speaks for itself. We are excited about his debut in Bahrain. In recent years, he has proved several times that he can quickly find his feet in a new series.”

UPDATE: Weeks after the last F2 round, DAMS has confirmed that Gelael will return to race alongside Dan Ticktum, in place of his stand-in Vips. The team noted that the Inonesian has fully recovered from the spinal injury.

“We are delighted to confirm that Sean Gelael will return for the final two rounds of the 2020 F2 season in Bahrain, having fully recovered from the injury he sustained in Barcelona,” said DAMS in a statement. “We’d like to thank Juri Vips for standing in over the last four races. His efforts have been fantastic and we wish him the best of luck for the future.”