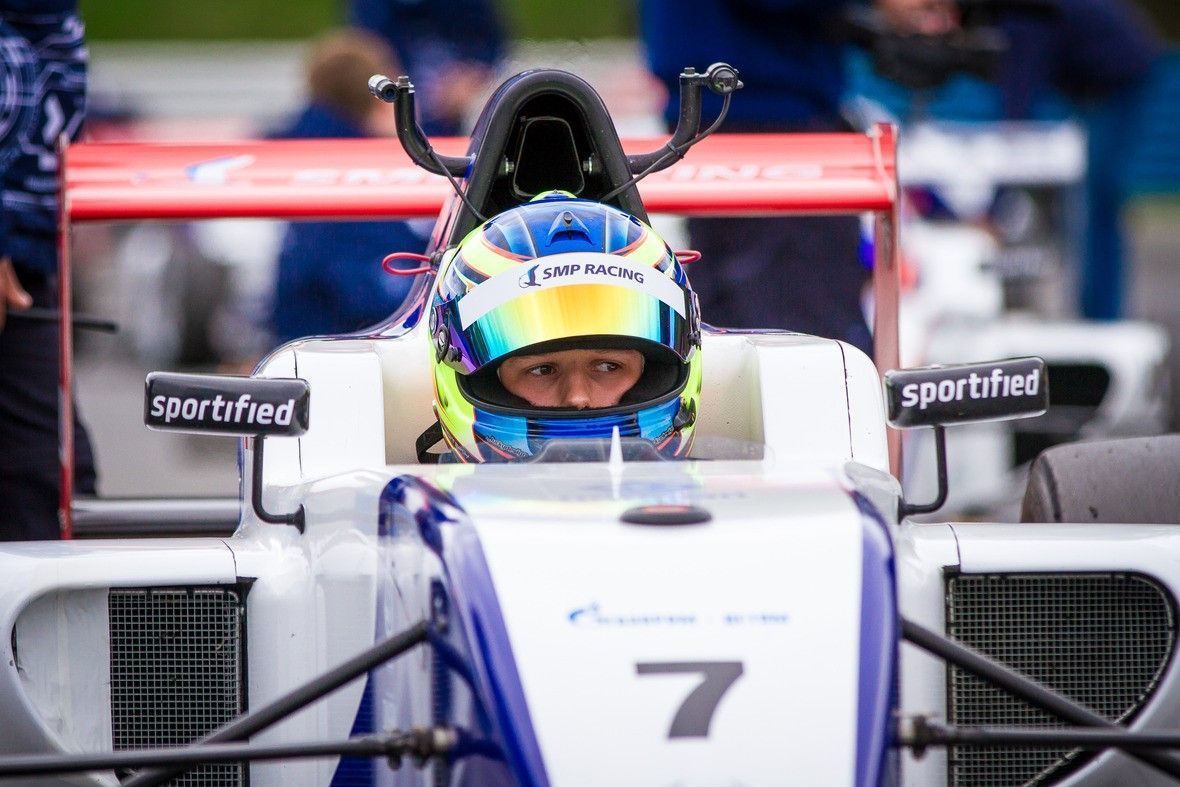 The final race 3 was set to be an exciting one, with the skies now overcast there was a chance of rain. Spectators were still here after this morning’s Race 1, where we saw Aleksanteri take his second victory of the weekend.

It was a nice clean get away for all the drivers going into turn 1, Troitskiy took the lead from pole sitter Atoev with Huovinen dropping to P5. Niko Kari went up to P2 getting up in front of Atoev, Swede Joel Eriksson was the next over take the Russian taking him into the last podium position in P3. Enaam Ahmed had a fantastic start and jumped to P10. The battle for P5 between Isaakyan and Huovinen finished as the Finn made a clean move passed the Russian.

Nikita Troitskiy continued to hold the lead but Kari was hunting him down, as he was much fastest, lighting up the boards with purple sectors. Eriksson was passed on the main straight by Atoev who made a wonderful move on the Swede. Kabakov lost control his car and crashed into the barrier at turn 1 finishing his race. Ahmed over took Maslennikov for P9 before beginning to chase Finn Niklas Nylund for P8.

With 11’ remaining the safety car was deployed in order to tow Kabakov’s car off track. With the safety car in with 4 minutes remaining before the chequered flag, Kari took the lead from Troitskiy on the restart. Eriksson also took back his P3 from Atoev. On the last lap Kari continued to fly ahead setting another fastest lap with a 1.14.280.

As the chequered flag came out for the last time this weekend it was Finn Niko Kari that took the win. Followed by Troitskiy and Joel Eriksson.

However after the race it was found Kari had a jump-start resulting in him loosing the win dropping him to second as a penalty.