Home Karting Travisanutto is reunited with victory at Genk 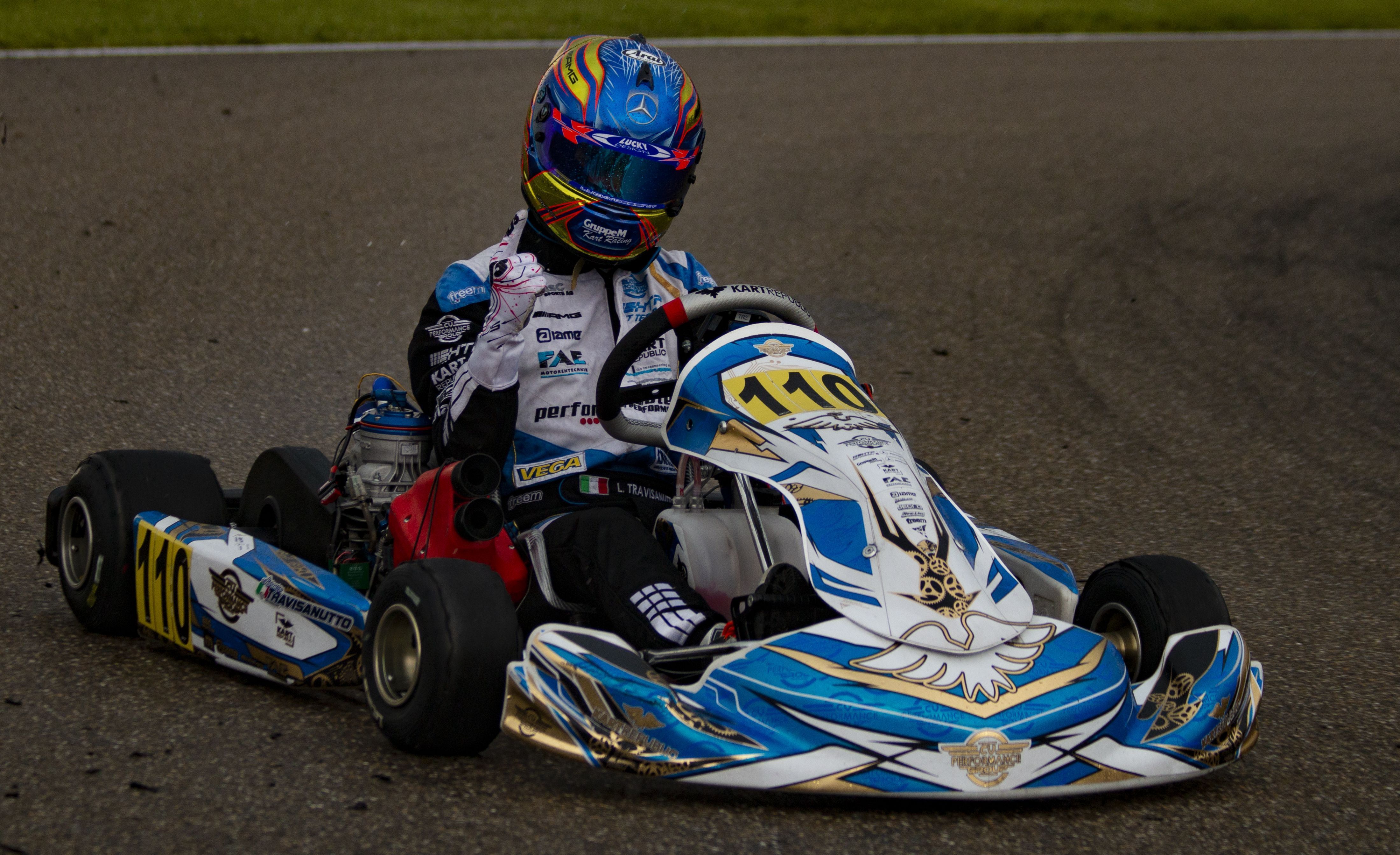 The rain marked the end of a race dominated by Lorenzo Travisanutto. In second position, Dexter Patterson completed the double of Kart Republic, despite being of different teams, after the penalty of Dilano Vant’hoff. Third has finally been Dino Beganovic.

After the qualifying rounds, the Spanish driver, Pedro Hiltbrand, would be placed in first position with his CRG, the “counterpole” would be the KartRepublic of Lorenzo Travisanutto with Porter, Pirtilahti and Vant’hoff closing the top 5. Genís Cívico would finish 10th and Jorge Pescador 23º while the pilot of the Formula Rapida Racing Program and the official CRG, Ayrton Fontecha, fell out of the final by only 1 point. Lorenzo Fluxá and Maya Weug would also be out by a minimum difference, 4 and 5 points respectively.

Hiltbrand would do well keeping the first place against Travisanutto, although the Italian took little time to get first. Porter would overtake Pedro for the second position soon after. The Spanish lost positions quickly, the next was Dilano Vant’hoff. Meanwhile, Patterson saw fast behind and stuck to the front group in 7th place.

Porter made a stop with the group and it would take little time to lose positions until falling to the 7th. Vant’hoff was second, followed by Hiltbrand and Patterson. A few laps later, Patterson passed Hiltbrand down the last step of the podium. Travisanutto already had a great advantage at the head.

Beganovic approached Hiltbrand, the halfway point of the race, while Ben Dörr was behind him. The rain would begin to threaten the race. Before that, bad luck hit Pedro Hiltbrand again, when the spark plug jumped and he had to retire. It was beginning to rain in the race.

Travisanutto would continue first with a great advantage and increasing while his rivals fought to stay on track. With a “grip” null on the track, the commissar decided to take the red flag 4 laps from the end. Therefore, the OK 2018 World Champion would win the assault, retaking his candidacy for the 2019 European title. The second to cross the finish line was Dilano Vant’hoff, but a penalty lowered the Dutch driver to 11th position. Dexter Patterson inherited the second place and Beganovic was on the podium after the chaos caused by the rain. Ben Dörr would be ranked 4th and Morgan Porter would close the Top 5.

As for the Spaniards, Genis Civico finished 8th while Jorge Pescador finished a good comeback and finished 14th. Pedro Hiltbrand still does not score points in the Finals after bad luck here in Genk that deprived him of a good position after leaving first.