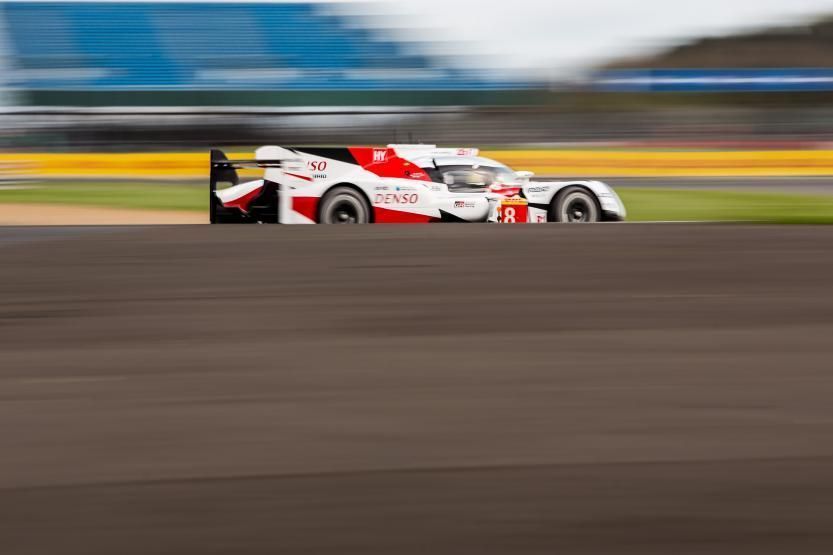 Toyota Gazoo Racing took a thrilling victory in the opening round of the 2017 FIA World Endurance Championship at Silverstone this afternoon.

Kazuki Nakajima, Sébastien Buemi and Anthony Davidson took Toyota’s 11th victory in the WEC after a frantic contest which had drama throughout the six hours.

Buemi made a move on Brendon Hartley with just 12 minutes remaining of the six hours to seal the victory and, in doing so, the Toyota drivers also claimed the famous and historic RAC Tourist Trophy.

It was Toyota’s 11th victory in the WEC and perhaps its most hard-earned after rain, two Full Course Yellow and one Safety Car period bunched up the field in the fourth hour after Jose-Maria Lopez crashed his Toyota TS050 HYBRID at Copse Corner.

The pole-sitting #7 Toyota had led in stages during the first two hours but after one of several light showers dampened the circuit, the Argentinian WEC newcomer slid off track and crashed into the tyre barriers. Incredibly, the car made it back to the pits and eventually returned to action to be classified fourth in LMP1. Lopez was taken for precautionary checks to the local hospital but was later released with a clean bill of health.

Porsche took the fight to Toyota and recorded second and third positions, but were always in with a chance of a surprise victory throughout the afternoon. Timo Bernhard, Brendon Hartley and Earl Bamber took second position in the #2 919 Hybrid as the team tried to maximise their low-downforce package, which was at a disadvantage compared to Toyota’s high-downforce bodywork kit.

But Toyota proved slightly too strong and when Buemi emerged from the pits with fresh Michelins for the final thirty minutes it was only a matter of time before he hunted down and overtook Hartley.

Nick Tandy, Neel Jani and André Lotterer claimed third position after being amidst the lead battle for three-quarters of the race in their #1 Porsche.

JOTA-Sport run Jackie Chan DC Racing became the first Chinese entered team to win a WEC race when the order was shaken up after the Full Course Yellow and Safety Car periods.

The team took advantage and won by almost 20-seconds from the Vaillante Rebellion trio of Bruno Senna, Nicolas Prost and Julien Canal.

50,200 fans enjoyed the warm and welcoming presence of the WEC at Silverstone this weekend, and the championship now moves on to Belgium for the second round, the WEC 6 Hours of Spa-Francorchamps on Saturday 6th May.