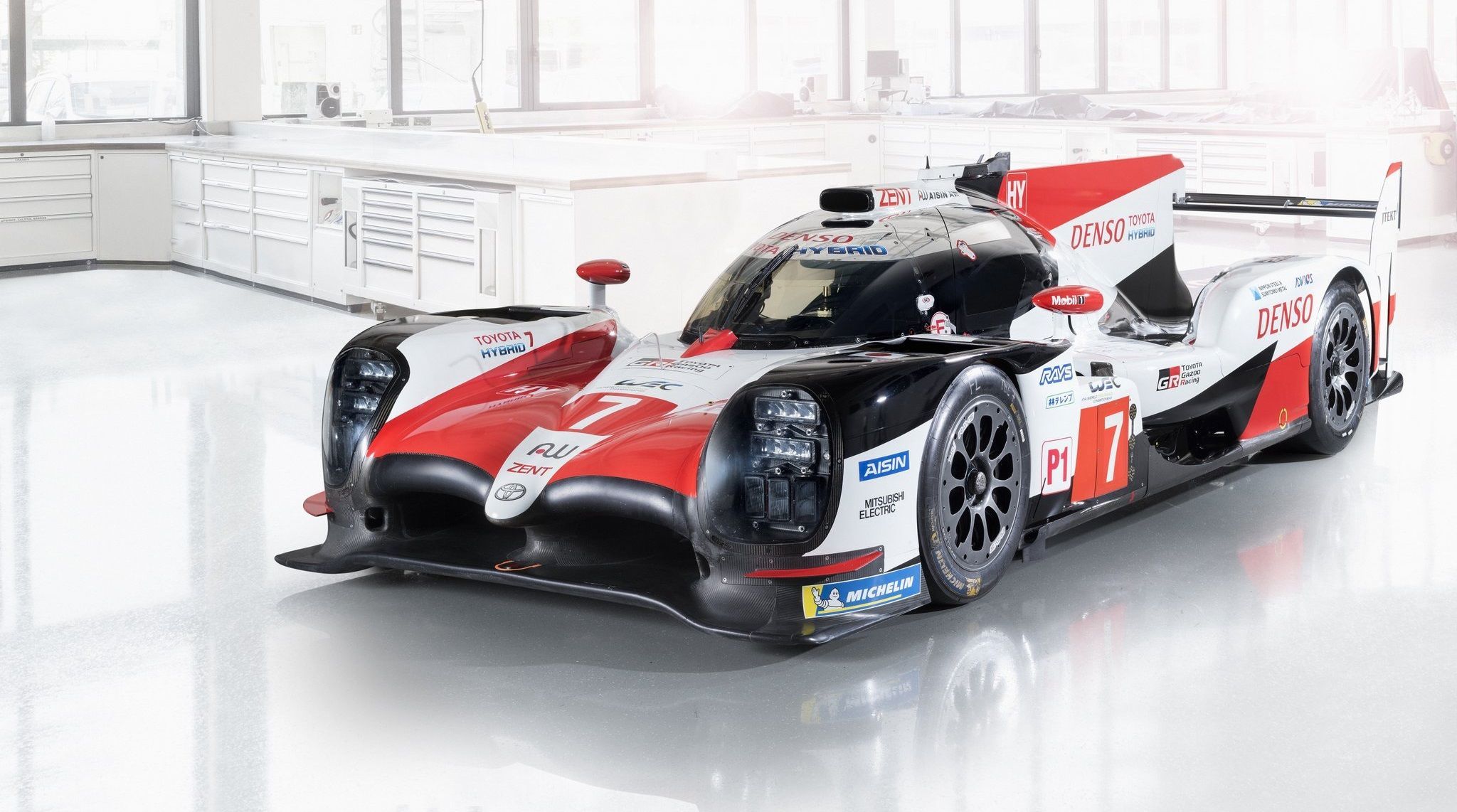 Toyota’s announcement regarding the Super GT and Super Formula line ups with Kamui Kobayashi, Felix Rosenqvist, Ryo Hirakawa and James Rossiter under the spotlight came along with the first pictures of the car that will be used for the 2018-19 WEC Superseason.

Every year, the beginning of February brings Toyota’s first big reveal of the year, with all the sporting projects being finally out in the open. The WRC and WEC programs were already well known, particularly the first, as the Monte Carlo Rally has already taken place with Ott Tänak and Jari-Matti Latvala on the podium. The WEC drivers had also been publicly confirmed earlier, with Fernando Alonso on the number 8 car. What was left was seeing the line ups for Super GT and Super Formula, although the Toyota TS050 has made a surprise appearance.

The car that will be used by Toyota GAZOO Racing during the 2018-19 WEC Superseason has seen the light this morning, focusing mostly on the new livery of the machine which will be driven by Mike Conway, Kamui Kobayashi, José María López, Sébastien Buemi, Kazuki Nakajima and Fernando Alonso next June for the 24 hours of Le Mans. It has also been confirmed that there will not be a third car although this was a mere formality. Aerodinamically speaking, there are a few small changes toward the car’s front, but it is expected to change further in the coming test sessions.

Regarding the Japanese series, Kamui Kobayashi has been one of the stars of the day, finally confirming his full-time Super GT debut. The former Formula 1 driver will share the SARD Lexus LC 500 with former Grand Prix winner Heikki Kovalainen. The Finn became the first F1 race winner to take the Super GT title in 2016. Kobayashi will also meet Jenson Button, recently confirmed as a Honda driver, in what should be an exciting season. Beyond the Formula 1 men, Toyota has also confirmed Felix Rosenqvist as part of the Team LeMans squad. The third rookie will be young star Kenta Yamashita, while others like Yuhi Sekiguchi have swapped teams. The latter will be racing for TOM’S.

But the changes for TOM’S do not stop there and they will happen within Super Formula as well, with James Rossiter coming back to the series instead of retirée André Lotterer. The same thing happens with Ryo Hirakawa, current Super GT champion and man of the moment in Japan. He will be an Impul driver in single-seaters, leaving Jann Mardenborough without a seat… for now. Toyota still has an empty seat, belonging to team LeMans. Several of the candidate drivers are people like Maximilian Günther and Oliver Rowland… or perhaps even Pascal Wehrlein, according to the latest rumours.

When it comes to young talents, Toyota has confirmed that Takamoto Katsuta and Hiroki Arai will be present at various WRC2 events, on top of taking part in some other rallyes in Italy and Finland. On the track, Sho Tsuboi and Ritomo Miyata will continue racing at the Japanese Formula 3 championship with TOM’S. There has not been any confirmation regarding Formula 4 yet, although Sota Ogawa should be one of the main candidates.