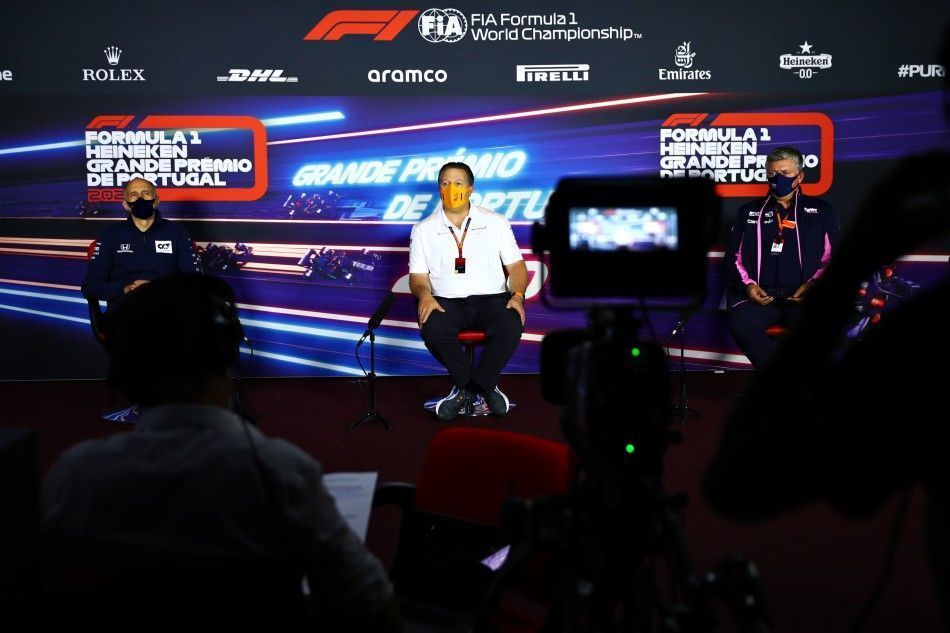 Franz Tost says big teams do have an advantage coming at new tracks as seen in 2020 F1 season as Zak Brown and Otmar Szafnauer weigh in.

The 2020 F1 season has seen the use of multiple new venues, the circus thus far having visited three new circuits, with as many still to go in the year. Each round has been moderately exciting, but this has also been true of most races this year.

One thing that has been observed, though, of these events, has been a pace deficit between leading F1 teams and ones in the mid-field that is larger than in most other instances. Some have attributed this to higher spending on track acclimation on the part of the teams with the highest budgets.

Particularly, simulator work is one area in which preparedness for a new circuit can be pursued, and the higher quality simulators enjoyed by high-spending F1 teams can help to improve understanding of circuits in a way that other teams cannot. The 2020 has seen brand new tracks like Mugello and Algarve, while returning ones like Imola, Nurbugring and Istanbul and even the outer track of Bahrain.

AlphaTauri team principal Franz Tost categorized this as a fair characterisation of where the pace deficit on newer F1 circuits arises from. “Of course the big teams have an advantage coming to new race tracks, because they have the resources,” he began.

“They have the hardware and the software to get more out of it on the part of information and therefore the gap increases because they use these tools in a very good way for them and for the teams that don’t have all these simulation tools have a disadvantage.”

McLaren boss Zak Brown was somewhat less confident in this assessment, but nonetheless of the belief that it is more accurate. “I don’t know what the other F1 teams are doing but you have to assume that the teams with larger budgets are outspending you and have greater resources in probably everything across the board, give or take.

“We do the best we can with what have; we do a lot of simulation. But I suspect that those that have bigger budgets are doing more,” he said, while Racing Point boss Otmar Szafnauer wished to avoid stating in the affirmative that this was the case.

“It’s hard to know the details of the simulation work that the bigger F1 teams use as they try to keep that to themselves. We too have a driver-in-the-loop simulator that we use to prepare for new circuits and for those that come in quick succession and we do the best we can to be ready when we get here and to utilise FP1 for a bit of set-up work and long runs. We’re doing the best we can with the resources we have but it’s hard to compare. I hear rumours of what the bigger teams are doing but I’m not 100% sure.”

Here’s Bernd Maylander on F1 Beyond The Grid podcast