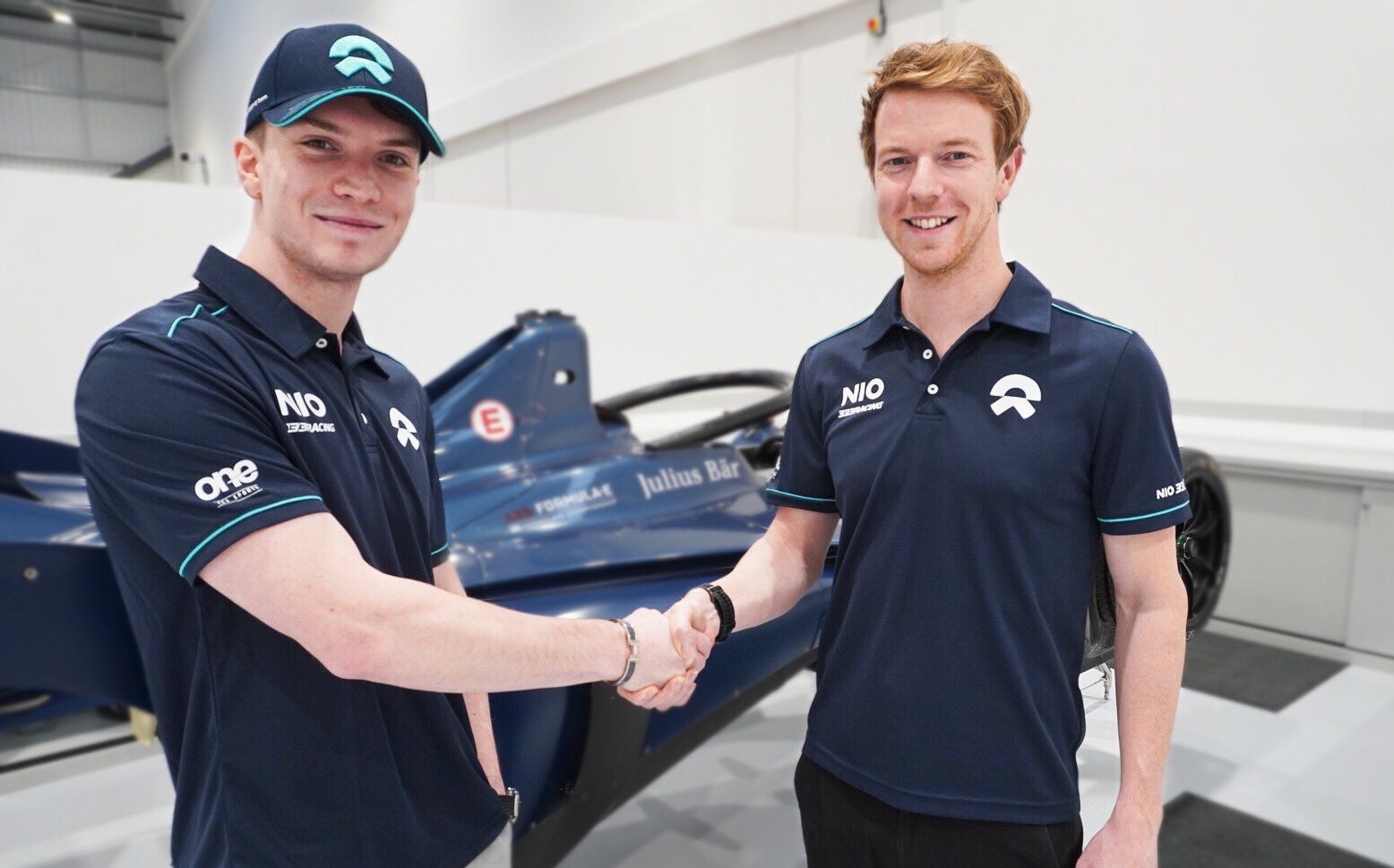 Daniel Ticktum is confirmed at NIO 333 Racing to partner Oliver Turvey for 2021/22 FIA Formula E season as their line-up is complete.

Amid the F2 season with Carlin, Ticktum has his future secured with a move to Formula E with NIO 333 Racing alongside veteran Turvey for 2021/22 season to complete its line-up. The Chinese outfit has also confirmed Adam Carroll as its reserve driver.

Ticktum will make his Formula E debut next year and will take part in the Valencia test next week around his Saudi Arabia F2 weekend. “I am very happy to be racing with the NIO 333 Formula E team,” he said. “It’s going to be quite a big challenge as I have not had long to prepare for the test next week, and Formula E is complicated, but it’ll be very exciting.

“There are quite a few different tools you can use as a driver but it’s a totally different experience to Formula 2, so I’m really looking forward to it, both mentally and physically. I’ve had a great few days with the team at Silverstone this week and hopefully we can try to make some progress next season and get further up the grid.”

Teammate Turvey added: “I am delighted to be continuing with NIO 333 in Formula E, and to continue our journey together having been with the team since the first season. It’s fantastic to have the whole team together at the new facility in Silverstone.

“Everyone has worked extremely hard, from management taking the steps to move the team forwards, the engineers on development testing, and the mechanics with the preparation of the cars. Although we know the standard in Formula E is very high, I feel we have taken some positive steps forwards and I can’t wait to get out on track in the official test next week in Valencia.”

At the same time, Vincent Wang, CEO NIO 333 Formula E Team, stated: “Ahead of the 8th season of the FIA Formula E World Championship I am excited to see our new driver line up and invigorated team in our new base just outside the Silverstone Circuit. We have been working hard these past few months and are prepared to earn points and get back on to the podium.

“Let’s warmly welcome Daniel Ticktum as our newest member of the NIO 333 Formula E family. His race results that impress me the most are the two victories in the Macau Grand Prix, one of the most famous races in the world. Though he has shouldered some difficulties during his career, I believe that his experience will pave the way to success. He is a young, bright new star who will shine on the Formula E racetrack.

“There is no doubt that Oliver is an important member of the team. He has contributed many wonderful moments and Formula E fans have told me that Oliver has been tightly bound with the ‘soul of the team’. It is hoped that our two race drivers will work closely together to achieve breakthrough performances for the NIO 333 Formula E Team in the season ahead.”