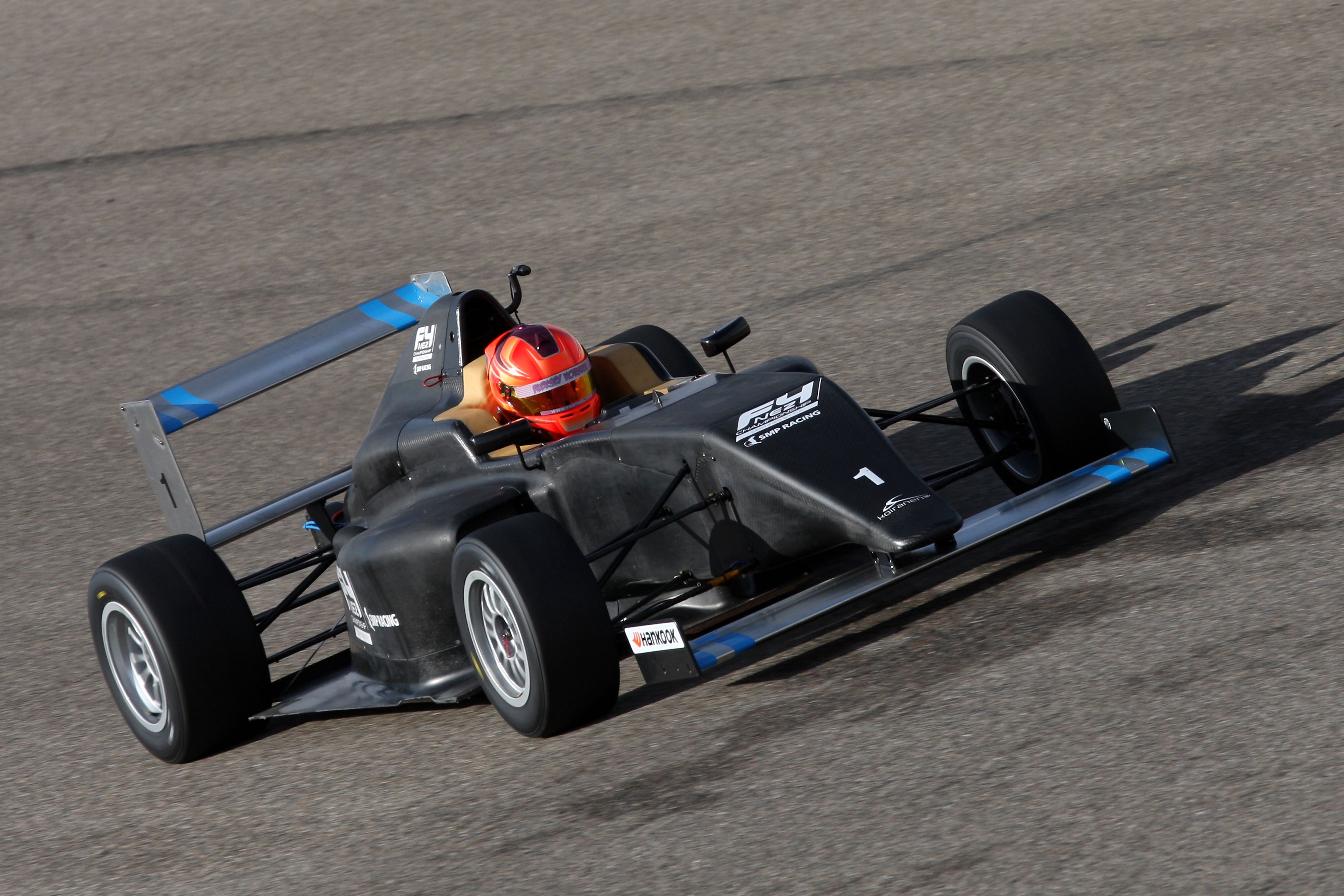 The sun finally appeared on Alcarras for the last day of the four Russian drivers, but the temperature was still very low this morning.

The four drivers went out with very fresh tyres to start with and very quickly Nerses Isaakyan showed his skills again at the wheel of the F4-T014 by setting a best time of 1.31,60 in 13 laps run. He was however very closely followed by his rivals as Nikita Troitsky who was in 1.31,7, Artem Kabakov in 1.31,8 and Aleksey Korneev in 1.32,3.

The two following runs of the day showed Nikita Troitsky fastest as he drove two tenth faster than Aleksey Korneev, his closest pursuant.

I felt very comfortable with everything this morning and times were automatically better. It’s a satisfying feeling

After the lunch break, new sets of Hankook Ventus Formula Race tyres were mounted on the cars and the drivers were off for a qualifying session. Once again it was Nerses Isaakyan who topped the time sheet with a time of 1.31,2 but all the drivers were now in the 1.31 window, closing up the gap.

The qualyfing session was good and fun, I managed to do the best lap and I am happy with that, however, I was pushing maybe too hard and finally got my tyres destroyed for the rest of the afternoon

After the 15 qualifying laps, the drivers were on for a race simulatin of 20 laps to end the two-days testing and it was Nikita Troitsky who lapped the Spanish track the fastest in 1.32,6 and he was as well the most consistent driver, however everyone was under five tenth to his best time.

I have been consistent in the race simulation, and this was the goal of those 20 laps, I just struggled in the last laps as my forearms started to ache.

My main issue today was to be consistent as the difference between my lap times were rather big. The morning was indeed better than the afternoon, but in general, I have learnt a lot knowing that my experience is close to nothing when it comes to Formula cars. I have to work a lot now and I am clearly looking forward to the next time I can jump in the car