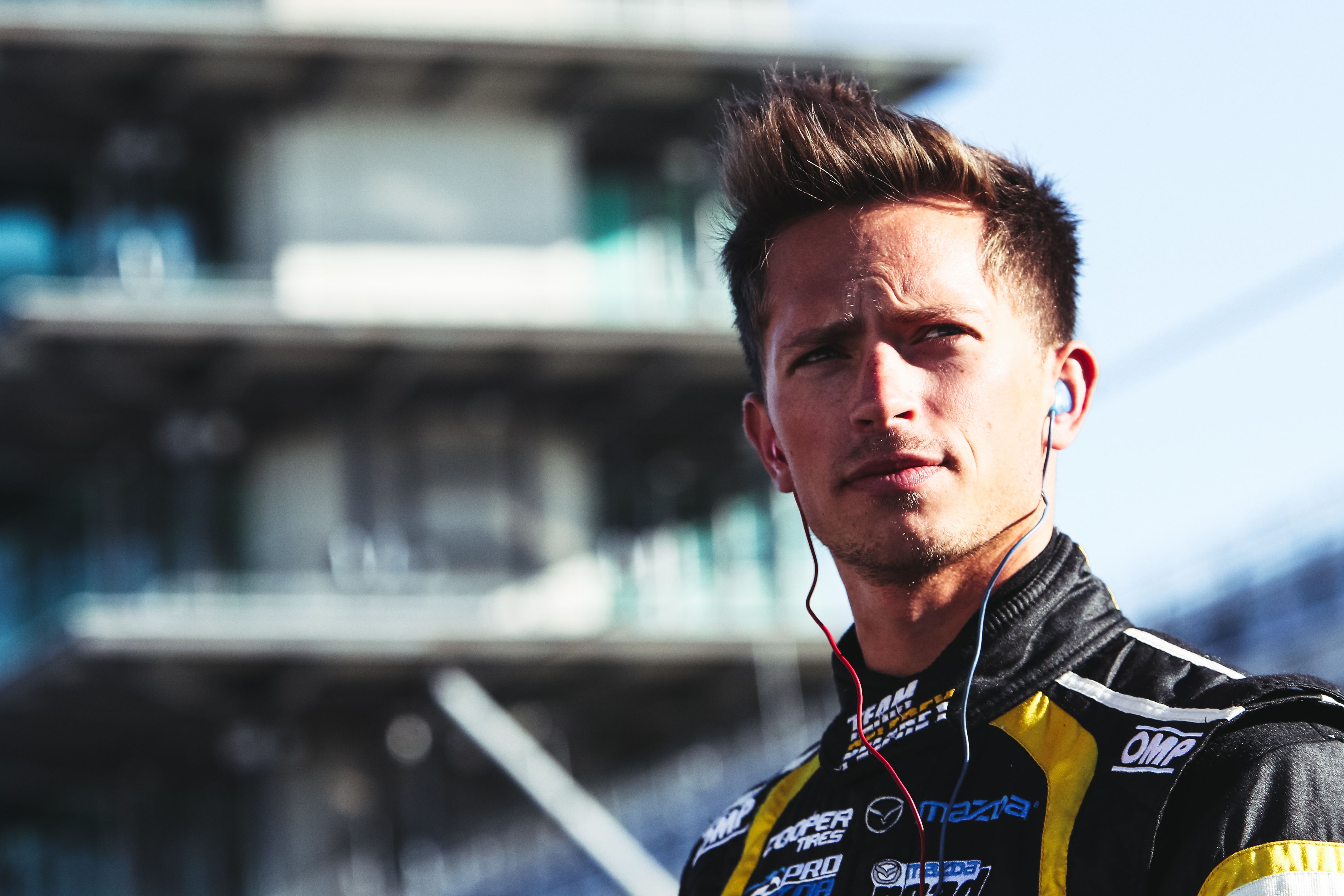 Aaron Telitz who is making his debut this weekend in the Indy Lights 2017 season opener at Saint Petersburg, Florida. The rookie surprised everyone taking the pole position in his first qualifying in the series.

The qualifying started with a red flag caused by Nico Jamin (Andretti Steinbrenner Racing) who went off. When the green flag returned to the track, Kyle Kaiser (Juncos Racing) –who finished third last year in the championship, took the lead.

Santiago Urrutia (Belardi Auto Racing) later took the lead before another red flag. The Uruguayan was leading ahead of Patricio O’Ward (Team Pelfrey) who was the fastest in practice.

The Mexican driver who is only confirmed to race this weekend was on provisional pole position with 3 minutes in the clock, but he went off, caused a red flag and lost the pole position.

This one was for his rival in Pro Mazda, Aaron Telitz (Belardi Auto Racing), who will start from pole position in race 1, ahead of Kaiser, Juan Piedrahita (Team Pelfrey) and the BRDC Formula 3 champion and rookie in Indy Lights as well, Matheus Leist (Carlin).