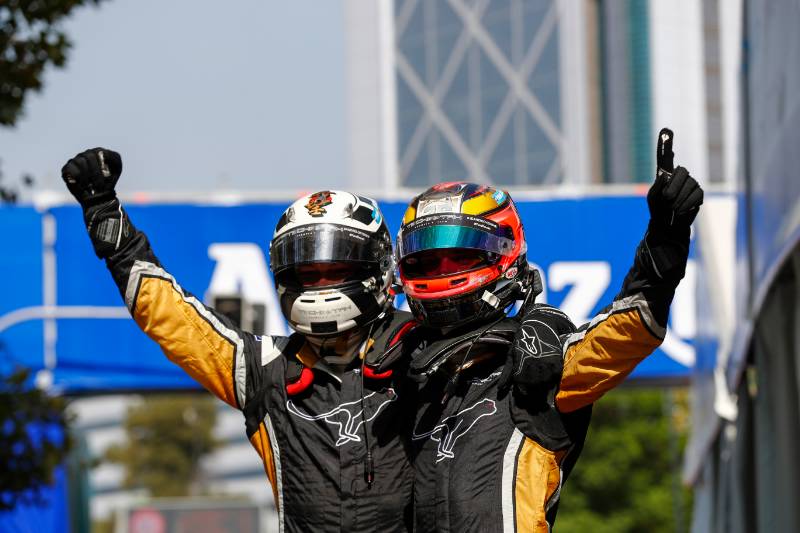 The incident between the two teammates when they were fighting for victory in the last Formula E Grand Prix, was not seen by their team due to a technical failure in the pit lane.

It was the lap number 33 of Santiago’s ePrix and Vergne was leading the race with Lotterer, his teammate, just behind the Frenchman. The two Techeetah drivers were on their way to making history, becoming the first to make a double in the 37 races of the Formula E championship history. The story, but, almost twists when it only left 4 laps to the end.

Lotterer did not break at the correct time and he blocked his tires in Turn 3 and touched his partner. He hooked up to him literally and rolled hand-to-hand with Vergne’s car, in an incident that had no more consequences, but that could have ended both of them out of the race, throwing down his options to win the race, and not becoming the first one-two finish in Formula E history.

As the clash was happening, and with the fans vibrating with the action, from the own team they could not see the action. He avoided some scary faces and the fright of the moment. The reality is that a technical failure in the pitlane, left Mark Preston’s team without signal to see the race among other things: “With ten laps to go we lost everything: Internet, television, weather. We could not verify the differences between the cars. We had the radio for ourselves but not to address the pilots”, said Preston.

In the absence of proper information, the team went looking for it: “We sent a couple of men to look at the screens of the other teams that had the distances and put it on the slates of our pilots … we saw nothing of the crash between Vergne and Lotterer, what really was good”, joked the team leader.