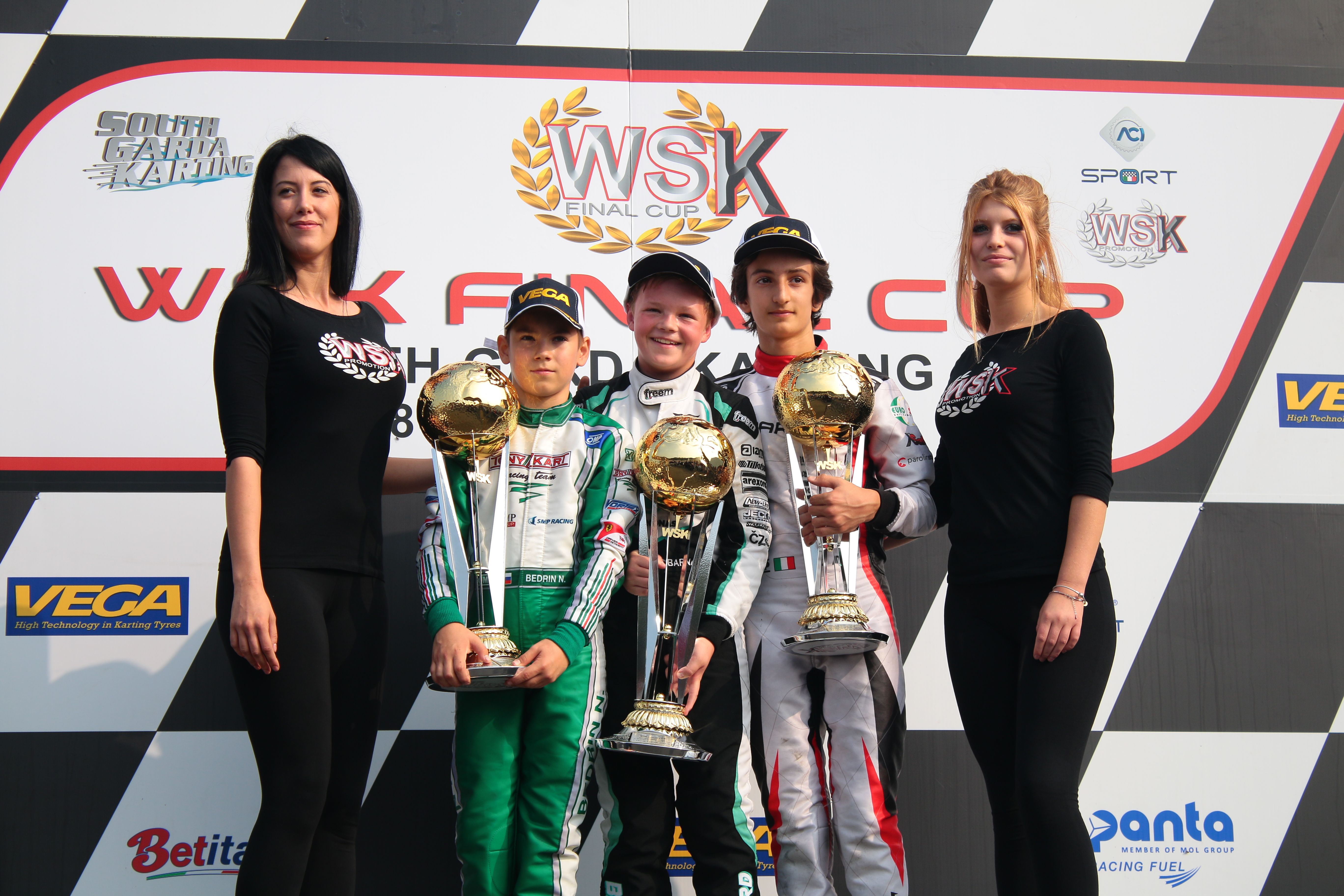 Taylor Barnard won the WSK Final Cup first round final last weekend at South Garda Karting Circuit (Lonato, Italy). British was far superior to the rest and led the race from start to finish without giving any chances to his rivals.

Taylor Barnard’s superiority in Lonato was clear. The Englishman won the Pre-Final 1 and starting from first position he tried to distance his rivals from the beginning. His compatriot Kai Askey (Ricky Flinn Motorsport) advanced the Pre-Final 2 winner Marcus Armand in the start and he was second in the first step for finish line.

The race was conditioned by a serious accident in second lap. Even to thirteen drivers were involved in a spectacular crash with OK-Junior rookie Martinius Stenshorne (Parolin) flying out of his kart. Watch the accident video here:

Gutted… My final ended in the second lap with a crash that took out half the field. The team worked so hard all weekend and we were looking strong…. We'll keep fighting and come back stronger. #crash #kartcrash #WSK #Lonato #Lenzokart

The crash knocked out almost half of the grid and the race was split in two halves. The stewards decided to take the yellow flag immediately to clean the track and to attend the drivers who were involved. This meant that all who continued in the track was in group together again.

After three yellow flag laps, the race resumed and Barnard continued ahead. Asked tried to overtake him, but he didn’t have success and he was losing positions gradually. The non-stop battle behind Barnard allowed the British to take a gap that anyone was been able to reduce. Andrea Kimi Antonelli (KR Motorsport), Nikita Bedrin (Tony Kart Racing Team) and Kiril Smal (Ward Racing) formed the pursuit group but they didn’t have enough pace to put Barnard in trouble.

Barnard continued to extend his gap until crossing the finish line with more than five seconds of advantage to the pursuit group. With the victory, he became the first WSK Final Cup leader with 84 points ahead of Bedrin second place.

Behind them, even to five drivers had an exciting battle for the remaining two podium places. The Russians, Nikita Bedrin and Kiril Smal, ended up winning and accompanied Barnard in the final podium. Antonelli was finally fourth, while the fifth was Sebastian Gravlund (KR Motorsport) after Gabriele Mini (3 seconds) and Kay Askey (5 seconds) penalties.