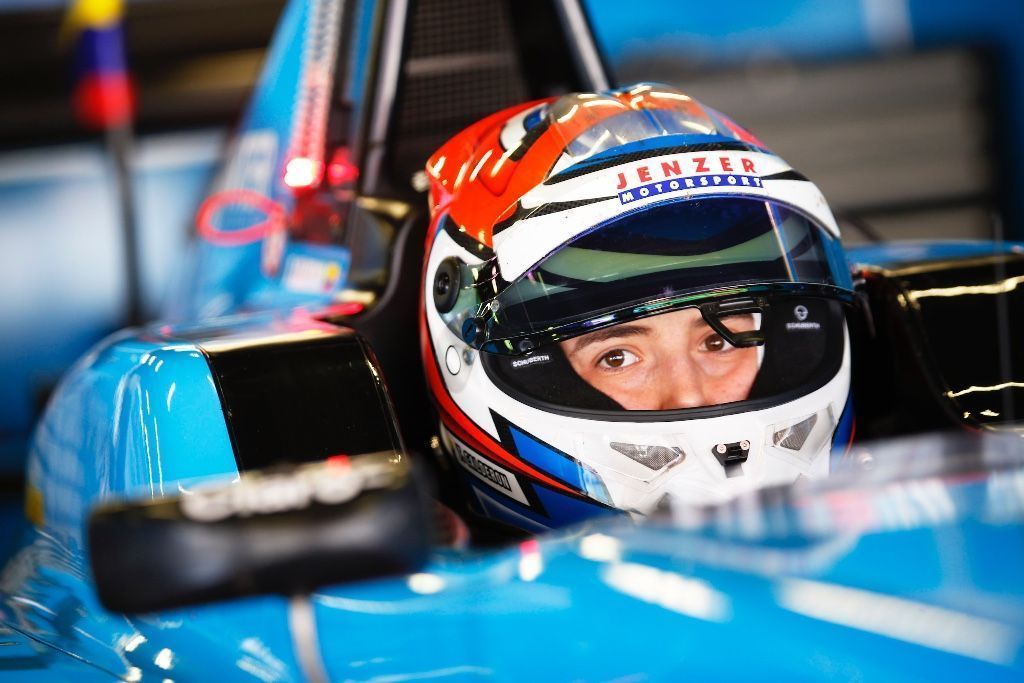 Share
Facebook
Twitter
Google+
WhatsApp
Linkedin
ReddIt
Telegram
Tatiana Calderón starts  into a new season of GP3 Series action this weekend at Barcelona following a productive winter of testing with her new Jenzer Motorsport team over the course of the last three months.

The final session of testing at Barcelona – the same venue that hosts the opening round of the season – left Tatiana Calderón and her team with a positive outlook ahead of what is set to be another crucial season in the Colombian rising star’s development.

In this brief Q&A, Tatiana speaks about her prospects before the start of her campaign in the Formula 1 support category.

You have been competitive everywhere in pre-season testing, but how confident are you of translating that into results? “My pre-season has been really good. It is a nice feeling to start off on the right foot, knowing that I’m competitive on all sorts of circuits. Paul Ricard, Barcelona, Jerez… there are all sorts of corners and I have always been competitive. I am feeling confident in the car, which is the main thing for me, and with the team, because they listen to me. I think this is something we can be quite positive about, but we will see the power and positioning of the other teams after the first race.”

Is one-lap pace an area that you have been particularly working on to improve? “That is definitely an area we have been working on during testing. We have figured out a really good base set-up now. We had already been giving it a go in Barcelona and we were straight on the pace. The fact that we can be fast straight away is something that gives me a lot of confidence. That was the goal of the whole test – to be fully present from the beginning. The car suits me and with that confidence, I can push that extra bit more. Hopefully, I can translate this into qualifying, because it will be the key to get the results we want.”

How challenging is it to be competitive with Alfa Romeo Sauber paying close attention to your results? “Alfa Romeo Sauber obviously wants to see me perform well in GP3 and wants to see the improvements and what I am actually capable of, being more experienced now. Of course, it is something that would open a lot of doors for me if I do well. That is why I am currently taking a race-by-race approach, trying to show good pace everywhere. In the end, they need to see that I am competitive, that I can deliver when I get the chance to.”

Is this the best pre-season you have had in your career? “I really feel like a better driver than last year. I have a lot more confidence, I am going my own way and the team is following what I have to say about the car, which has taken us in the right direction. I know I can be really fast when I am given the car I need. That makes me feel as well prepared as I can be for the start of the season.”

BARCELONA WEEKEND TIMETABLE
All times are CET and subject to change.

Renault protests against Racing Point in British GP as expected