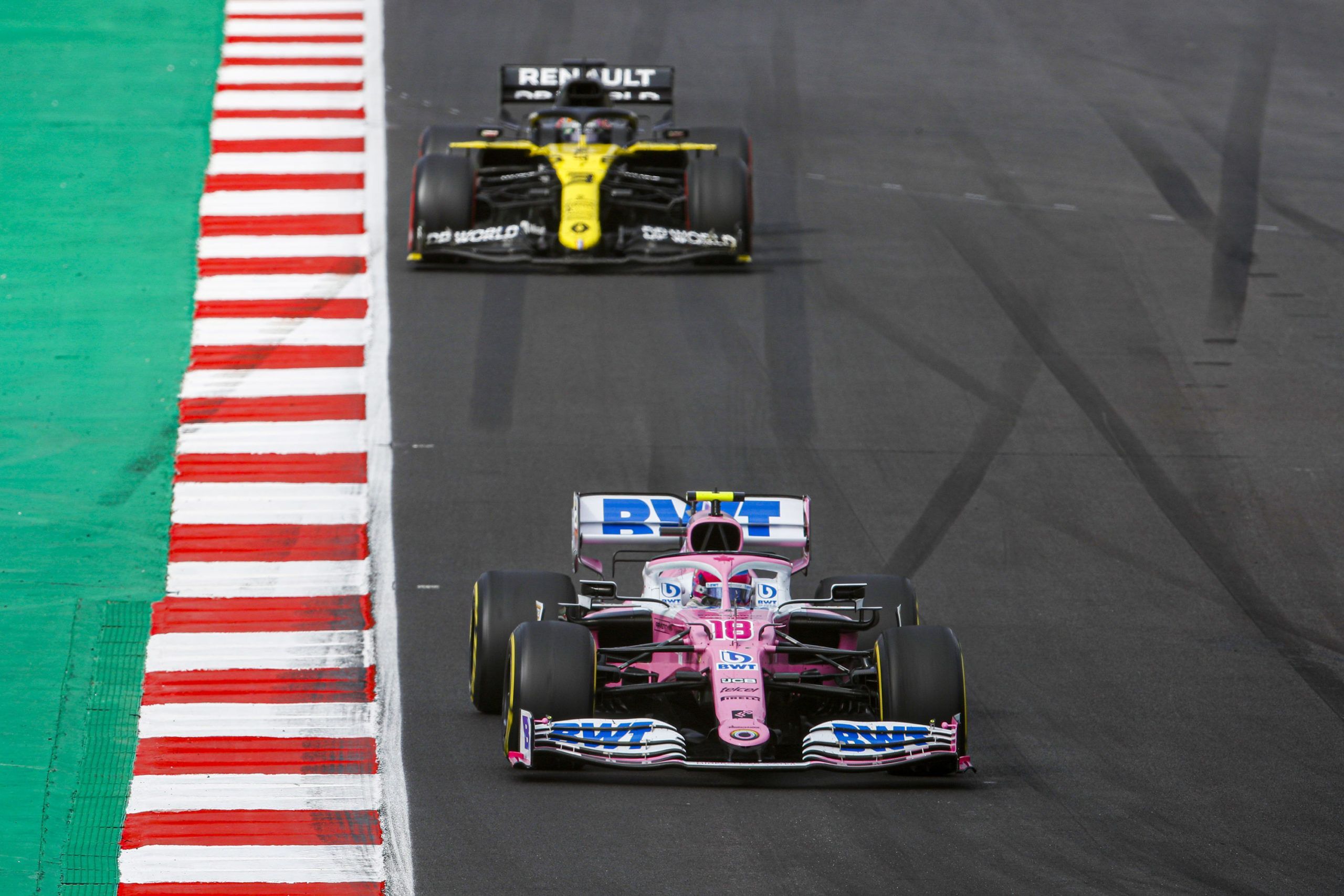 Otmar Szafnauer says RP20 suits to all of the four tracks remaining in the 2020 F1 season as he reckons Lance Stroll will bounce back.

It is a tight battle in the fight for third in the constructors’ championship as Renault (135) leads McLaren and Racing Point (134) by one point – the former being ahead of the latter due to two podium finishes, after the end of the Imola weekend.

While Renault picked up its pace as the season progressed, McLaren and Racing Point lost out due to inconsistency. Additionally, the latter had 15 of its points cut for brake copy, while both Sergio Perez and Stroll missed races due to COVID-19.

Although, Nico Hulkenberg scored points but they eventually lost the momentum. Looking at the tracks and the races ahead, Szafnauer believes that all of them suits the RP20 and it will be on them to fully utilise the package during the race weekends.

Out of the four, two tracks – Istanbul and Bahrain’s outer track – will be fresh for all of the F1 teams in recent times. “We believe the RP20 is well suited to Turkey, Bahrain and Abu Dhabi, so we expect to be strong in all four of the remaining races,” said Szafnauer.

“It’s down to us now to maximise the performance potential of our package and secure solid points in all of the remaining races. It’s going to be a busy period with four races in five weeks and we’ve not had a triple-header for a while, so it’s about making sure we have one last big push to get us over the line.

“The team have stepped up to the challenge of a very intense racing schedule this year, so we know we have what it takes to maintain a high level of performance throughout. This has been a season like no other with the challenging global situation, so we are immensely grateful to everyone back at the factory and trackside for their efforts in not only producing a strong car but extracting the potential from it,” summed up Szafnauer.

Looking at the drivers, Szafnauer credited Perez for his consistentency despite the troubles, while for Stroll, he believes that the Canadian can bounce back after difficult last few races, where in the last five rounds, he has had three retirements and one DNS.

“We have to hold our hands up and say that we’ve not maximised the last few races,” said Szafnauer. “We have a competitive package this year and that naturally raises expectations, so it’s frustrating not to have more points on the board at this stage.

“We’ve had our share of bad luck along the way too – for example, with Checo in last two races. The incident with Max in Portugal cost him a chance at fighting for the podium, and in hindsight we should have tried keeping Checo out on track, in Imola, during the safety car period.

“In sport, it’s easy to go from hero to zero – but every setback is a learning opportunity. I’m confident that we will not only improve off the back of these last few races but use them as motivation for the final push.

“I certainly hope we’ve used up all our bad luck in the last few races, that’s for sure! You only have to look at Lance’s side of the garage to understand what a rollercoaster of a year this has been. We shouldn’t forget this has been Lance’s best season in F1 to date.

“He’s not only taken a podium, he’s also found a much greater level of consistency. After eight races he was P4 in the standings and on fantastic form. Unfortunately, since then he’s had a series of setbacks that have been largely out of his hands.

“He was firmly in podium contention in Mugello before a freak puncture took him out of the race and was looking good in Russia before he was hit by Leclerc. Of course, he then missed Germany through illness and all that positive momentum he had worked so hard to build was swept out from underneath him.

“But now, Lance is in great shape, firing on all cylinders and he’s ready for the final few races,” summed up Szafnauer, as he added about the ongoing work behind the scenes for the transition to Aston Martin, which will be known in few weeks time.