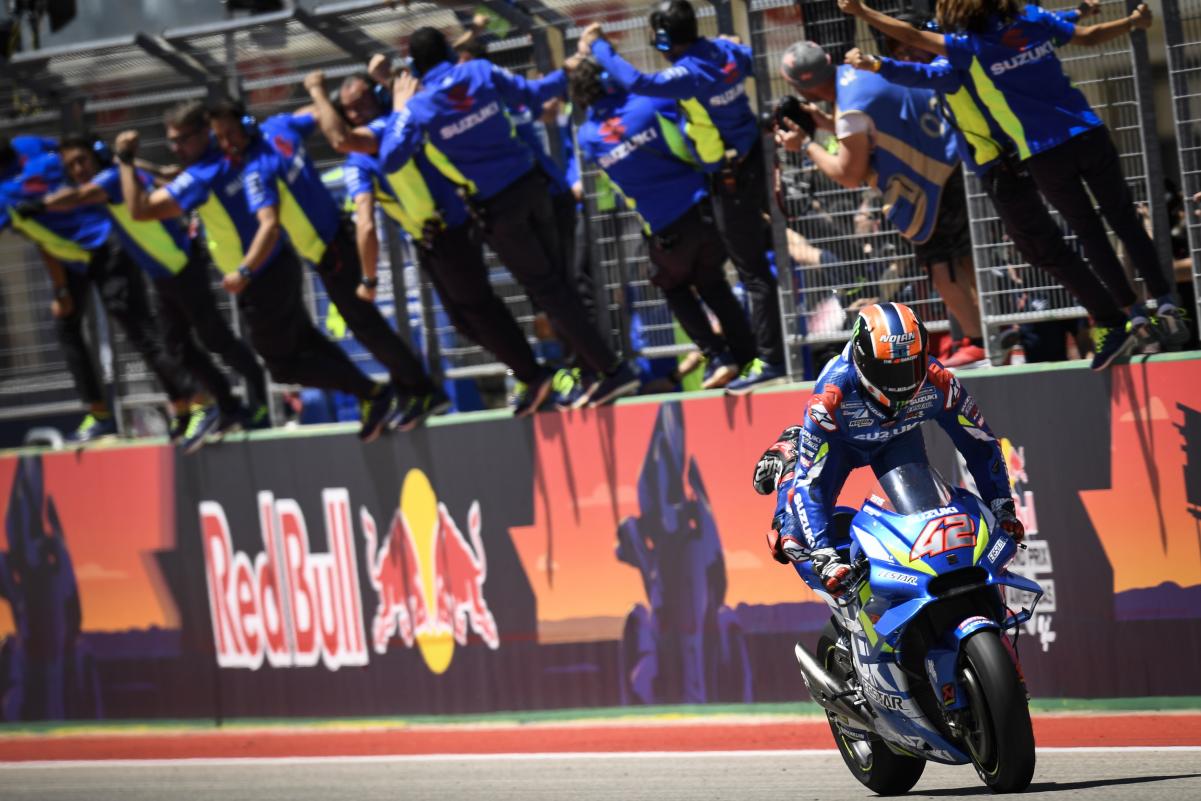 Suzuki were happy to tick off their MotoGP win target in the third race of the 2019 season with Alex Rins deservedly stepping up on the top position.

It looked like Honda’s Marc Marquez will run away in Americas MotoGP until the Spaniard’s unfortunate crash which helped Yamaha’s Valentino Rossi into the lead and by then Rins was already on the Italian’s tail after fighting off others in the pack.

While Rossi held on to the lead but it soon started to look different as Rins closed up on the Italian. He eventually made the move but lost out as Rossi fought back. But the Suzuki rider had enough gas to re-take the lead and see-through the Yamaha until the flag.

It was Rins maiden MotoGP victory since his debut in 2017 but more importantly Suzuki had their first since the 2016 British GP when Maverick Vinales won it for them. The team targeted a victory in 2019 but they were elated to have it the third round already.

“We are so happy – so pleased for the factory back in Japan and for all the team staff, because everybody has worked so hard,” said Team Manager, Davide Brivio. “It’s wonderful for Alex, this is further proof of the way he’s matured and improved.

“When he began with us he suffered a lot with injuries, and since then he has worked so hard and this achievement is something he really deserves. Now I can say that our target this season was victory, and we’ve done it at the third race.

“Joan had amazing pace as well but unfortunately he jump-started and the penalty cost him a lot, we already talked a lot about this; but finally he has made another important step this weekend. I’m happy about his improvements.”

As Brivio mentioned, Mir started off well but a slight movement at the line was enough to trigger the alarm as he was handed a ride-through penalty which dropped him out of the points as he eventually crossed the line in 17th.

At the same time, with the victory, Rins has climbed to third with 49 points in the standings – only five behind leader Ducati’s Andrea Dovizioso. “It’s incredible feeling,” said Rins. “When I crossed the line, all the emotions exploded.

“During the race, I started very well and then when I was behind Valentino, I was saying ‘come on Alex, you can pass him’ – never lose your faith – and finally I fought with him in the last three laps and when I was in the front, I was riding good.

“I had a good feeling. Two laps to the end, I did a mistake in Turn 11, I thought it will be difficult to re-pass Valentino and win the race. He came with me and ran wide too and passed him back. The last lap, it was all keeping focus and not get nervous.

“In warm-up, we tried a different set-up and it didn’t work in the way we expected, so we reverted to the usual settings for the race and we won, it’s super. I’m lost for words! I managed the pressure well, even though I suffered a bit in the last laps.” 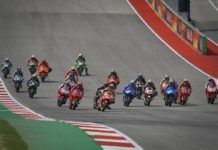 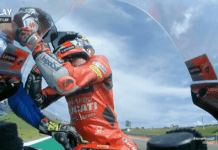 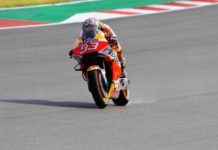 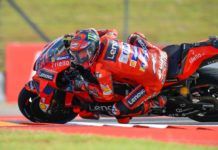 MotoGP: Bagnaia makes it three poles in a row in Americas GP 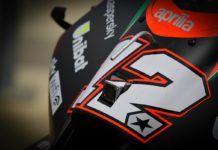