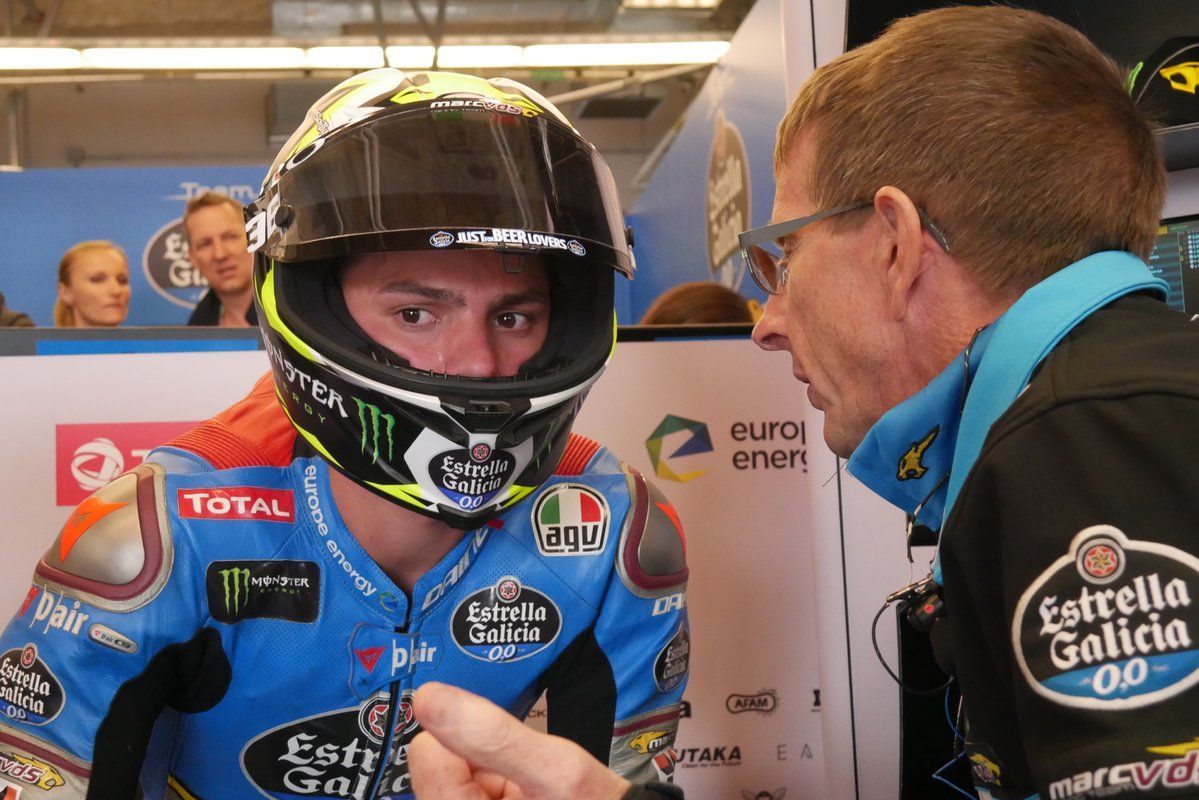 After parting ways with Andrea Iannone last week – who has joined Aprilia – Team Suzuki ECSTAR has officially confirmed the signing of 2017 Moto3 champion Joan Mir in a multi-year contract to compete in MotoGP in the 2019 and 2020 seasons.

“Joan Mir is only 20 years old now, already a World Champion with an impressive 10 wins last year and he has already proven several skills,” said Suzuki’s Team Manager, Davide Brivio upon the announcement.

“He is fierce, he is witty, he is nice and he can be very fast. All the characteristics that we like to search for in a young rider, who wants to join us not only for the prestige of a factory machine in the top class but most of all because he believes in our racing project.

“Talking to him I realised how much he has a clear mind, how much he liked our Suzuki project and wanted to join us. This has been a great boost for us. Of course, we know very well that he will need time to gain experience and grow with us, but we have full confidence in his potential.

“Suzuki management encouraged us to pursue the ‘young rider philosophy’ and with Joan I think we found the perfect protagonist for this role. With Alex and Joan we have two very talented riders and our target is to create a strong team for the future.”

Project Leader Shinichi Sahara added: “As a team we have always tried to look forward to long term development plans, which includes also making some bets on young riders that we feel can be an investment for the future.

“We did it in our debut year in 2015, we did it again in 2017 when we signed the debutant Alex Rins, who has been confirmed also this year, and we are further confirming this with the agreement with Joan Mir.

“He is a young talent we would like to see grow and help us to grow the GSX-RR and the team with him. He is now involved in the Moto2 class and we definitely want him to enjoy the championship, but we are also eager to start working with him and see him debut in the top class. We believe in his skills.”

The 20-year-old made his Moto3 debut in Australia in 2015 after which he signed up for a full season in 2016 with Leopard Racing abode the KTM. He earned his first world championship victory in Austria to finish fifth in the 2016 standings.

He stayed in Moto3 for another season with the same team but riding the Honda and took the 2017 title winning 10 races – thereby making a graduation to Moto2 this year with the Marc VDS outfit, riding a Kalex machinery.

He has had a solid rookie season so far as he sits fifth in the championship as the best rookie with 64 points, claiming two podium finishes. He was linked to a ride with Honda to replace Dani Pedrosa, but opted to join Suzuki instead when they took in Jorge Lorenzo.