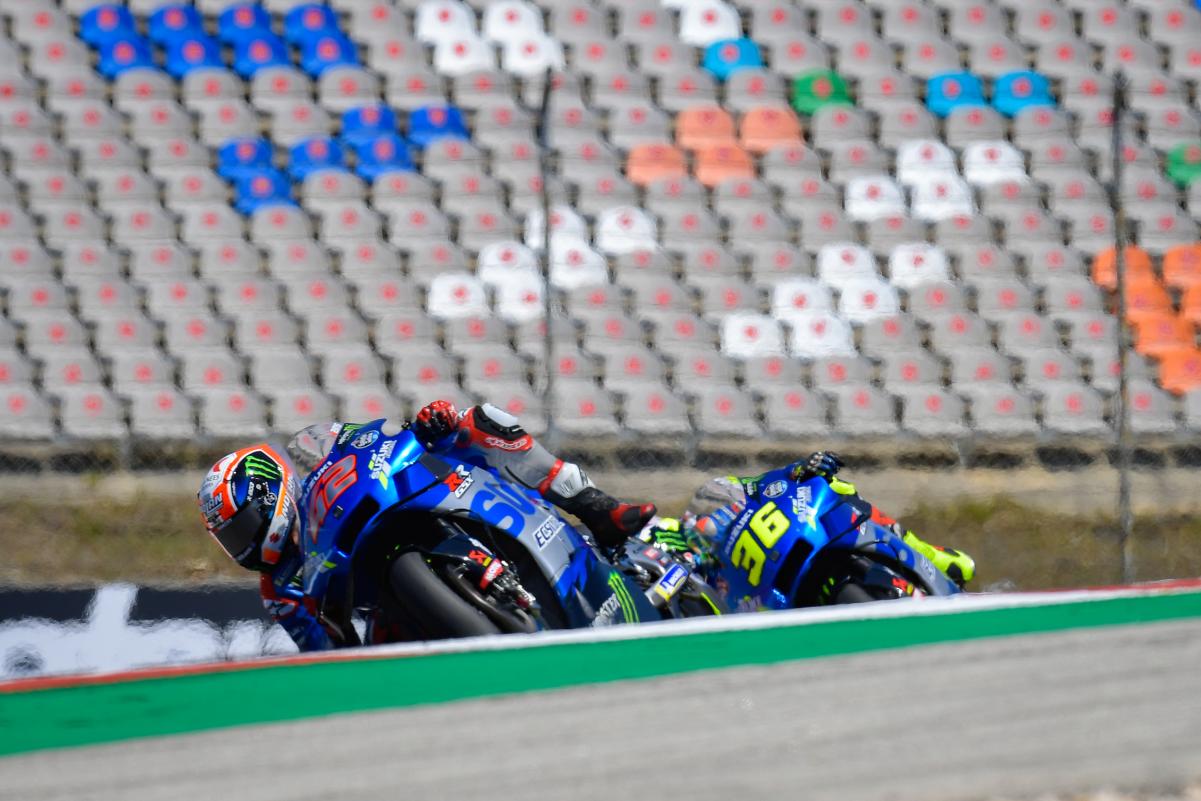 Suzuki is the latest manufacturer to commit to a long-term future in MotoGP after signing a new deal with Dorna Sports.

After KTM, Honda, Yamaha and Ducati, Suzuki becomes the fifth manufacturer to commit to a long-term future in MotoGP after signing a new deal with Dorna Sports. It will see the Japanese outfit remain in the premier class until the 2026 season.

It leaves only Aprilia – as a manufacturer – to now sign the contract. The Italian outfit will compete in 2022 but without the support of Gresini Racing. Among the satellite MotoGP teams, LCR and Tech 3 are only ones to have announced its stay in the championship.

Upon the new deal, Shinichi Sahara, Project Leader and Team Director, said: “As Suzuki Motor Corporation we are proud to continue to compete in the MotoGP World Championship, as we all share the challenging ambition of measuring ourselves against the top motorcycling competition in the world.

“We started this new journey in 2015 and in only six years we achieved the Riders’ World title, together with the Teams’ title, and we are still hungry for more success. For these reasons we have extended our agreement with Dorna, with the hope and the commitment to continue the development of the technical and racing sides of the company.”

At the same time, Carmelo Ezpeleta, CEO of Dorna Sports, added: “We are very happy with the renewal of the agreement with Suzuki, a factory with which we have been racing for years in the World Championship and enjoy great cooperation. Their return to MotoGP in 2015 immediately proved a success, confirmed with the culmination of winning the riders’ World Championship in 2020 with Joan Mir. We proudly extend this partnership and hope to continue setting milestones with this iconic brand.”