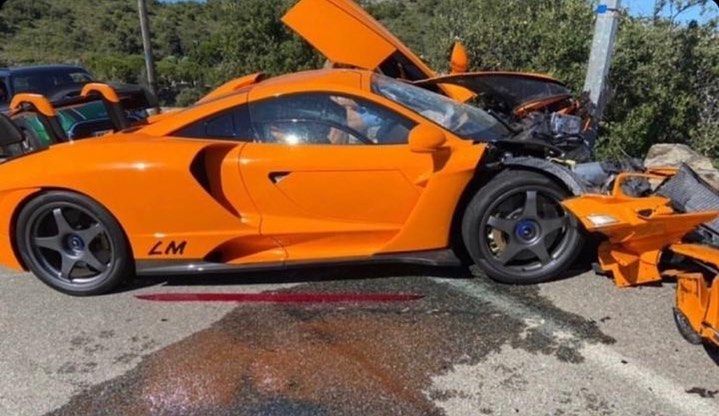 The social media went back in time it seemed like as Sutil’s name resurfaced for the first time since the 2015 season, when he was last involved in F1 with Williams as its reserve driver. Post that, he vanished like a ghost with little to no news of his whereabouts.

The once close friend of Lewis Hamilton started to fade away especially after the bar incident in China with Lotus co-owner Eric Lux. Following the end of his F1 career, Sutil did not step into other championships as it is not clear what he does now.

Sutil’s name was left for history books until social media users tagged him with a road incident in Monaco on Sunday. It is still not clear if the car belongs to him or if he was driving but they link another photo of him posing with the McLaren Senna LM.

The car itself is not publicised as much as it is said to be another variant of the McLaren Senna brand, a more powerful and road-legal than its sister track-based GTR machine. It is reported that only 20 to 25 of it has been produced under limited edition scheme.

The photos on social media show a McLaren Senna LM rammed into a pole with another car also involved. No number plate is visible for either cars, even in a video of the damaged machine being towed by a Peugeot Assistance team.

Multiple websites have done the story on the same but we sourced ours from Auto Evolution, who happen to have extra shots of the crash – where it seems like Sutil seated beside the car: https://www.autoevolution.com/news/ex-f1-driver-adrian-sutil-crashes-very-rare-mclaren-senna-lm-in-monaco-146540.html#

More details to be added as and if they come