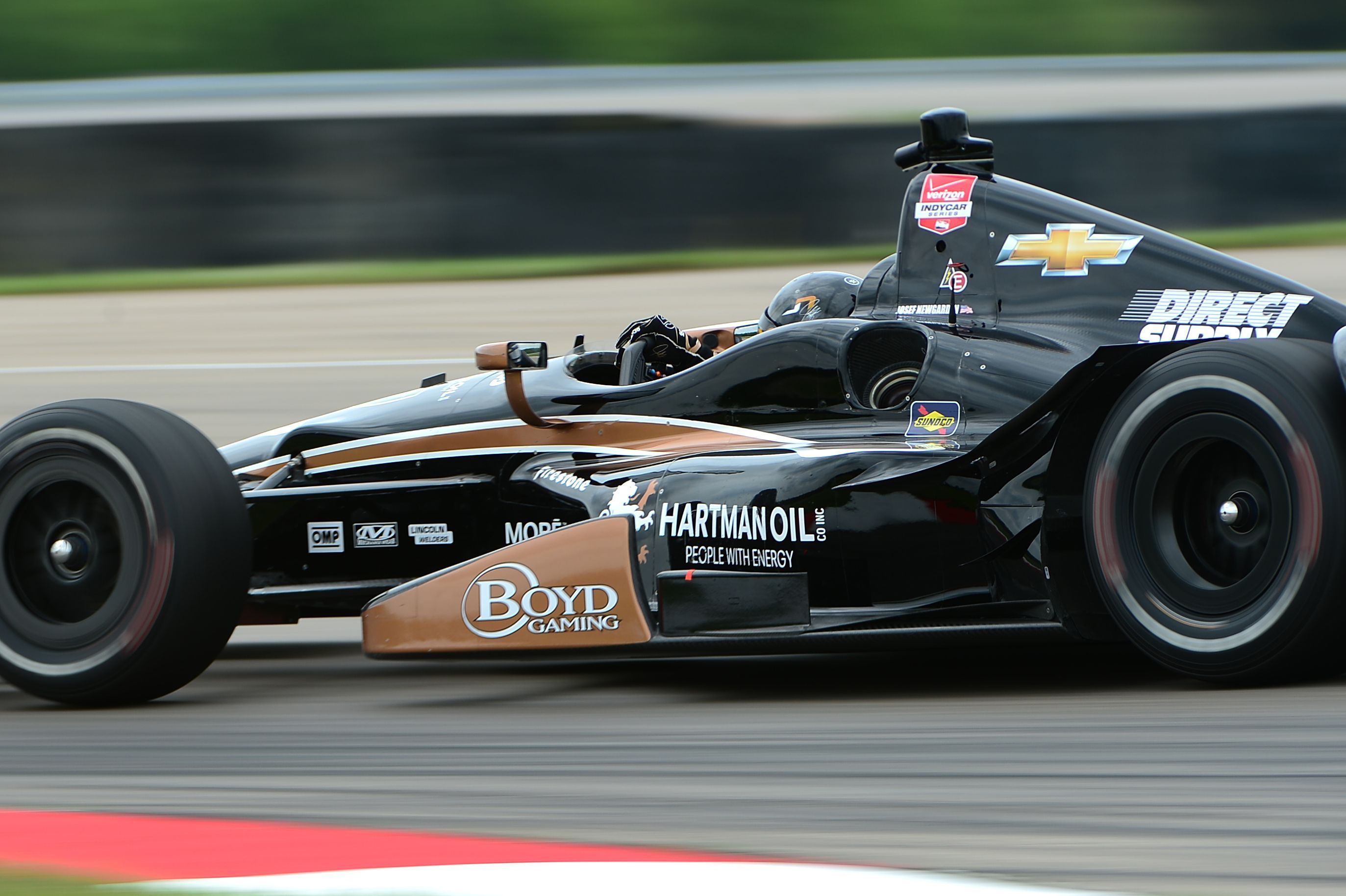 The second qualifying session of the 2015 IndyCar Series season has been suspended because of rain that has affected at NOLA Motorsports Park. Therefore, the grid tomorrow will be according to the standings of the championship drivers, causing Montoya and Power starting from the front row.

Like yesterday or today in free practice, qualifying session has been temporarily suspended due to the weather. After an hour later, the drivers complained about the water on track.

On a very wet track drivers had trouble keeping the car on track. Muñoz (Andretti Autosport) was the first to score a considerable time, but as thedrivers did more laps, it was more rodable. Bourdais (KV Racing Technology) at the second attempt lap was placed in first position. The French suffered an exit at the first corner, just when Tony Kanaan (Chip Ganassi Racing) stood at first.

At the end of the session, Montoya (Team Penske) undergoes a spin, which made him lose any option to spend the top12. Deleted were: Hinchliffe, Montoya, Huertas, Castroneves, De Silvestro and Dracone.

On the first lap of the group was Josef Newgarden (CFH Racing) who got the first place. Later we learnt that Bourdais was penalized for blocking Kanaan on his return to track, a penalty that meant no access for himto the Top12.

A red flag for poor visibility and a lap time 10 seconds slower, made Sato, Coletti, Filippi, Chaves, Rahal and Hawksworth get deleted from the second group.

But this would not help, the qualifying session was canceled, and the positions of the grid will be the drivers’ championship position, luckily Juan Pablo Montoya will start from the first accompanied by Will Power.