Kondo Racing Toyota’s Kenta Yamashita scored his first Super Formula win at Okayama as Naoki Yamamoto is back in the lead.

It was Yuji Kunimoto ahead of Yamashita. A crash for Fukuzumi brought the safety car out which split the strategies among the drivers with Hirakawa staying along with host of other drivers.

Yamashita, meanwhile, was the second in the line on the alternate strategy which was led by KCMG Toyota’s Kamui Kobayashi. It looked like Kobayashi will have a say but his late clash with Cassidy hindered his chances.

It dropped him back along with the Kiwi, who did not score and thereby lost his Super Formula points lead which he gained in the last round at Fuji. With Kunimoto stopping again, it helped Yamashita with a clean run.

The Japanese assumed the lead once others pitted and held on to register his career’s first win in Super Formula. Cassidy’s teammate Kazuki Nakajima benefited to be second – his first podium of 2019.

The other beneficiary was B-Max Racing with Motopark’s Harrison Newey, who made nine places from 12th on the alternate strategy to register his first Super Formula podium with his dad Adrian beside him. 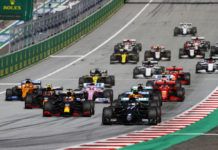 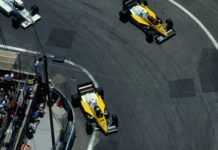 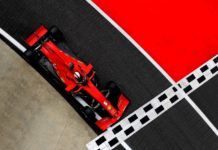 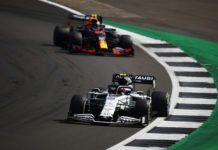