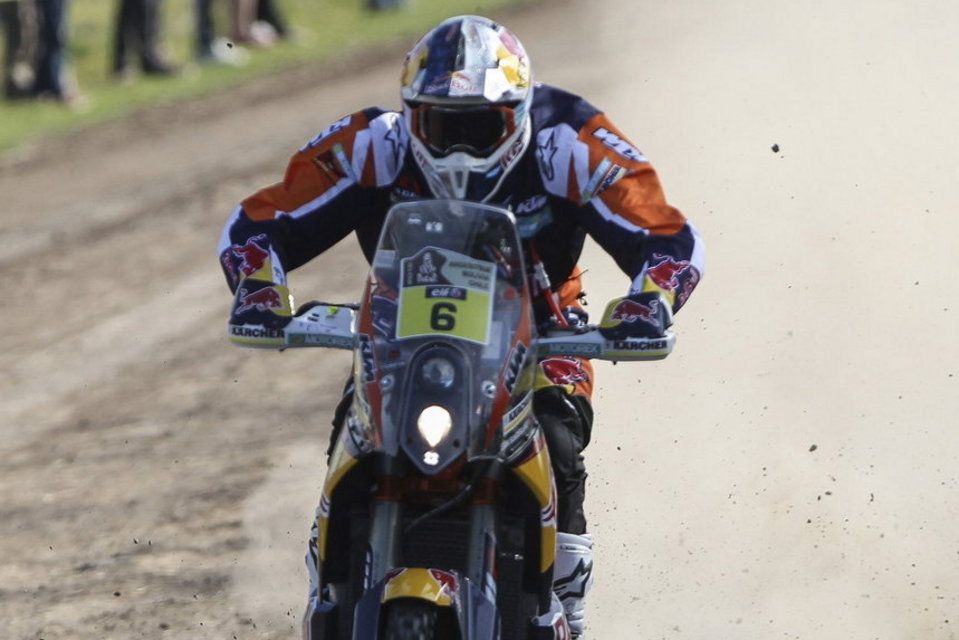 The young british rider, just 25 years old, started his third edition of Rally Dakar after two retirements in last editions. Yet last year surprised everyone when winning second stage, but had to retire for mechanic issues.

With an experience full of retirements, Sunderland is conscious that a long path is in front of him and finishes with humilty:

It’s so difficult to stablish an strategy in first stage when we still don’t know who is stronger. The bike responded perfectly, but we have to remind that we just ran 175 km and a long path is still left to the finish.

Favourites did not finish far away from him. Marc Coma, who is expected to leave the Dakar in one of the first positions, arrived with his KTM Nº1 1 minute 12 seconds after leader, and just with Sunderland and Gonçalves in front of him. Barreda, also favourite, was 29 seconds slower than catalan rider.

Jordi Viladoms, Coma’s team mate, lost much time in first stage. Rider from Igualada was four minutes slower than Sunderland and finished out of the TOP10. In TOP20, although, other catalan riders entered in, as Pedrero (15th), Sanz (17), Guasch (18) and Farrés (20).